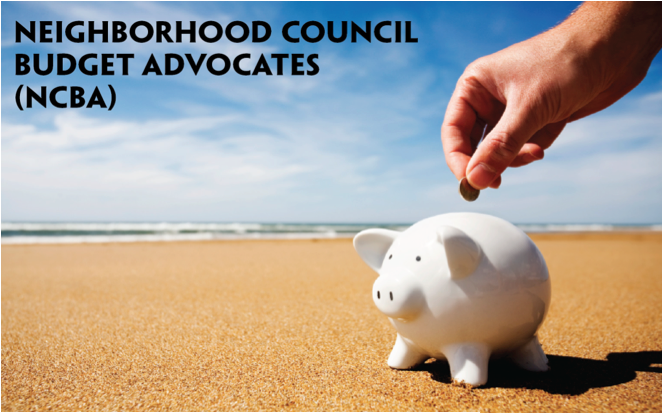 BUDGET ADVOCATES--The Budget Advocates of Los Angeles have been in existence for 13 years … a group of citizens dedicated to the people of Los Angeles and watchdogging the city's budget.

The Neighborhood Council Budget Advocates know the City Budget is the one issue that touches every person, company, and life in Los Angeles and affects such things as tree trimming, pot hole filling, sidewalk repair, police and fire protection, parks and arts, and all other services provided by the City.

Here’s a quick Q and A with Jay Handal and Jack Humphreville:

Q: What made you want to get involved with NC Budget Advocates?

Jay Handal: As someone interested in budgets, it was apparent to me that the City was not being good stewards of our money. I wanted to be able to dig in and change the direction of the existing Budget Advocates so that we were not just reporting on how to spend each portion of a dollar, by department, but rather to looking at efficiencies, waste, fraud, abuse and long term forecasting.

Jack Humphreville: City’s finances were a mess.  City Hall was misleading us.  Concern about policies that neglect our streets and infrastructure.  Diverting funds to the personnel.  Inefficient operations. Felt that I could make a difference.

Q: What are some of the changes the budget advocates have influenced?

Jay Handal: By far the biggest change was the formation and hiring of the Revenue Inspector General. In his first year he found more than $43 million due the city. Our second biggest accomplishment was getting the City Council to recognize our work and  to formally give us a seat at the table to present and have our recommendations analyzed.

Jack Humphreville: Ask Jay.  He has a better handle on it. But the major change is that City Hall knows we are there and they have become more open and transparent, in large part because of Miguel Santana.

Q: What can people in the community do to get more involved and be more supportive of the budget advocates?

Jay Handal: Stakeholders should read our report and comment to us. Stakeholders will see how money is actually being spent and how very limited dollars may be reapportioned in order to bring more services to them. Stakeholders should contact their council members and demand that recommendations for change be accepted and enacted.

Jack Humphreville: People need to tell their representatives that the City’s finances are unacceptable.

(Adrienne Nicole Edwards is a Neighborhood Council Budget Advocate. She can be reached at: A.Edwards@NCBALA.com.)