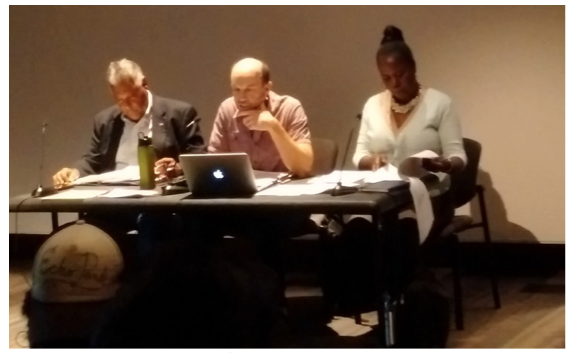 NEIGHBORHOOD POLITICS--Grievance panels and election challenge panels are one and the same. And they don't work.

In 2 different election/referendums, the appointed panelists were over ruled by the general manager of the Department of Neighborhood Empowerment (DONE).

The panelists made decisions based not on evidence presented with the challenge applications, but rather based on misinterpretations of law, policy, and definitions of terms used in elections.

No elected or appointed body should be making decisions based on the number of people who attend a hearing and make the most noise.

Then, to add insult to injury, DONE gets to override whatever the decisions are that the panel comes up with.

There is no training for the panel, which of course is par for the course when it comes to NC trainings.

I remind all that the panels were put into being to solve the internal NC grievance policies where NCs were accused of being the judge and jury. Using them during elections was to eliminate the constant shouts of how unfair the challenge policy was and that one person in DONE always decided on the outcomes, and they were usually all denied.

Well, we fixed that. Now we have THREE people who make a decision and ONE PERSON from DONE yet again overruling it.

Time for a complete overhaul. You decide how and where!

(Jay Handal is Co-Chair of the NC Budget Advocates, treasurer of the West Los Angeles NC and Los Angeles Police Commission Hearing Examiner. Mr. Handal’s views are his own.)