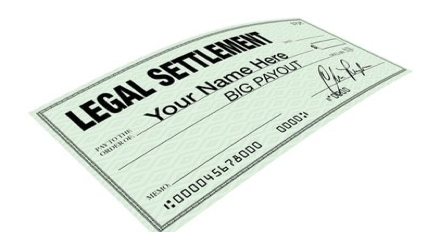 NC BUDGET ADVOCATES-The City faces numerous challenges, many due to the crumbling infrastructure, as well as increases in liability claim expenditures related to Transportation and LAPD. These challenges were addressed at the meeting between Budget Advocates and City Attorney staff members.

Of the $100,000,000 in liability claims against the City, over half come from Transportation and LAPD. While the BA’s commend the Office’s efforts to implement greater risk management across City departments, the BA opinion is that there appears to be minimal accountability for those departments with skyrocketing liability claims.

The challenges and solutions as recommended by the BAs to the City Attorney’s Office include:

The risk management programs and strategies being conducted by the Office are necessary, but given the consistent and large settlements approved by City Council, including a recent $6.5m settlement on September 6, 2017 to a bicyclist who hit a pothole in Sherman Oaks in 2015, greater efforts need to be taken in the immediate near future to reduce the City’s liability claims expenditures.

To be clear, the claims due to the City’s crumbling infrastructure and broken streets surely do not rest on the shoulders of the Department of Transportation, but point to a lack of prioritizing safety for the City’s constituents. For example, the City Council in 2016 approved the Sidewalk Repair Policy (CF 14-0163-S3), which lists six areas of priorities for repairing our damaged sidewalks. One suggestion can be to re-prioritize the six areas, as City government facilities are currently the top priority.

While the City has been successful in hiring additional attorneys, there is a shortage of support staff, including paralegals and legal secretaries, necessary for handling the increasing workload of the Office and to support the additional attorneys.

Similarly, with the homelessness crisis, the Office has been able to internally identify some resources to address the legal issues surrounding the crisis. As the homeless coordinator position was declined in last year’s budget process, the BA’s recommend funding for this new position. Particularly, given the rising conversations concerning the legal issues surrounding homelessness at all Neighborhood Council meetings, including the alliances, there is a lack of understanding of the legal precedents at the local level, and the Office should take greater efforts to provide information and education to the Neighborhood Council members.

Technology remains an ongoing challenge for the City Attorney’s Office. The Office only has a few IT staff members, and while the reasons for the disconnection between the City’s departments and the City’s Information Technology Agency (ITA) need to be better understood, the BA’s recommend working with ITA to procure the necessary technology upgrades.

The City Attorney’s Office has done a tremendous job of responding to the City’s rising liability claims caused largely by the City’s crumbling infrastructure. While it is not typically in the Office’s responsibility to hold departments and elected officials accountable, the BA’s do recommend the creation of a Liability Task Force composed of the CAO’s office, the Ethics Commission, and the Controller’s Office to immediately identify and recommend a plan to the full City Council for expedient adoption. Last year’s white paper had a “Back to Basics” theme, encouraging our elected officials to fulfill on their campaign promises to the voters.