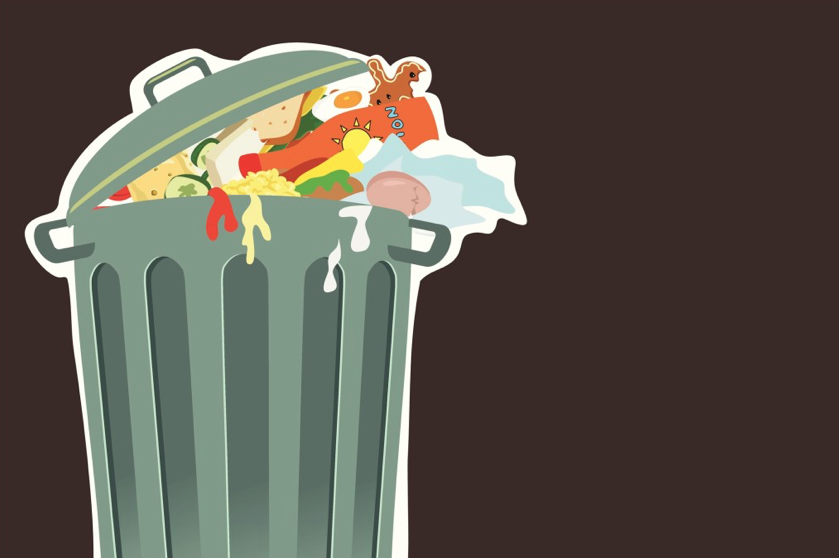 CLIMATE WATCH - As the fight against climate change becomes more urgent, focus has increased on methane emissions, with U.S. climate envoy John Kerry tweeting that cutting methane is “the single most effective strategy we have to reduce global warming in the near term” to less than 1.5 degrees Celsius.

Why? Because methane is a far more potent greenhouse gas than carbon dioxide. Reducing these emissions now can have a much-needed, fast-acting effect.

To most people, the obvious source of methane emissions is oil and gas production. But another part of the problem is right under our noses: our garbage.

When the food scraps, yard waste and other biodegradable stuff we throw out is deposited in landfills, it emits methane as it breaks down. Globally, landfills and wastewater emit 67 million metric tons of methane — that’s 20% of methane emissions, according to the United Nations. Despite the extent of this problem, there are some naysayers who dismiss the idea of turning food scraps and other waste into energy, calling it a “sham” and even “the ultimate red herring.”

But as someone who has dedicated my career to developing technologies to support environmental sustainability, I can assure you that diverting waste and using it for fuel is a legitimate climate solution.

Since 2008, when I sold my water treatment technology to the General Electric Co., I have focused on this relatively simple way to address climate change: capturing methane emitting from our societies’ waste before it wreaks planet-warming havoc and using it to replace fossil natural gas.

Here in California — where half if what we throw away is food, yard clippings and other organic waste — landfills are the primary source of methane emissions. That’s right, greater than those from the oil and gas industry.

Over the last few years, aerial surveys have revealed the extent of the problem. The journal Nature published the results of fly-over assessments showing that “Methane point-source emissions in California are dominated by landfills (41 per cent).” Thankfully, California’s lawmakers and regulators are addressing the issue.

Beginning in just a few weeks, all municipalities will be required to ensure most food and yard waste is kept out of landfills. By 2025, 75% of all organic waste must be diverted from landfills, ensuring that methane emissions from buried refuse are greatly reduced. The regulations require instead that 15 million tons of organic waste be either composted or anaerobically digested. This digestion process creates fertilizer and renewable natural gas that is molecularly the same as the fossil natural gas used to heat homes and generate electricity.

The potential results? If California eliminated the methane emitted from landfills today, we’d prevent more than 255,000 metric tons of methane from going to the atmosphere — equal to more than 21.4 million metric tons of carbon dioxide (when figuring in the short-term potency of methane). To put this more simply, doing so would have the same climate benefit of taking nearly 4.7 million cars off California’s roads— more than 31% of all passenger vehicles registered in the state.

And there’s a benefit beyond cutting methane emissions. The renewable natural gas (also called biomethane) produced from our garbage and sewage provides a much-needed carbon negative fuel. Society needs renewable fuels, because some things simply can’t be electrified and powered by solar and wind. Electricity cannot create the high heat needed to make steel or concrete or many other manufacturing processes, for example.

Of course, removing this pernicious half of our waste and turning it into fuel will be more expensive than what we are doing now. But when considering ways to cut greenhouse gas emissions, diverting waste from landfills is a relatively low-cost option, according to the United Nations.

Across the United States, more than 43% of what gets sent to landfills is either food waste, yard clippings or paper/cardboard. If we were to take California’s policies across the nation, it would have the effect of eliminating the equivalent of more than 75 million metric tons of carbon dioxide per year, or taking more than 16.3 million cars off American roads.

So let’s take pride in our leadership in reducing methane emissions, California. It’s a big deal. But let’s also work to fight for similar action across the nation.

Andrew Benedek is the founder and CEO of Anaergia, a company created to cost effectively turn organic waste into renewable natural gas, fertilizer and water.