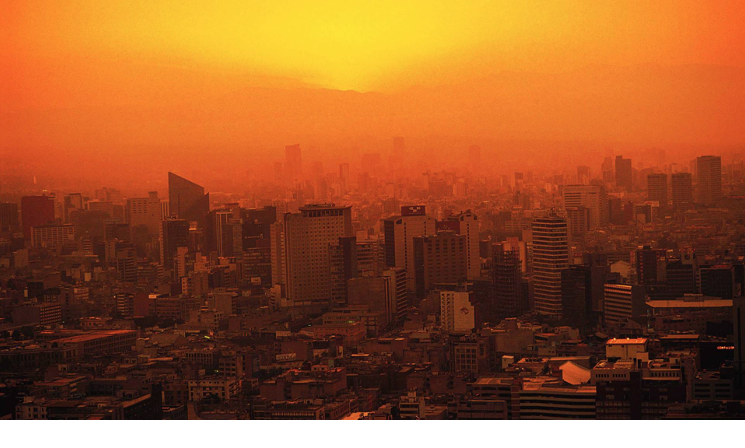 That clarion call about climate chaos was available to US citizens, politicians, government officials, educators, and influencers 32 years ago.

Scientific report after analysis after announcement gave more than ample evidence on an ongoing basis. Lip service from some, like Al Gore, was mostly ignored. Inconvenient in 1989, in 2006, and is now all up in our grill, literally on fire. Still inconvenient? Hurricane Ida, the Dixie Fire, the first declared water Reservoir Shortage in the US—will we decide that fighting climate chaos is convenient any day now? Or will we allow (Oxymoron Alert) “conservatives” to Halt It Yet Again?

As each new meteorological record for heat was smashed again and again, Detroit and the American consumer yawned. Desultory efforts to increase CAFE standards (fuel efficiency for our vehicles) were sabotaged and US vehicle manufacturing remained focused on immense gas hogs while South Korea and Japan produced highly efficient small cars. Detroit did too, but never promoted them. My 1992 Ford Festiva got 54 mpg. I never saw a single ad for them, just for massive SUVs.

As hurricanes did exactly what McKibben predicted—increased in severity and in numbers—fake scientists in the pocket of Big Oil and Motor City tried to cast doubt.

As drought-desiccated forests combusted and began to befoul air and burn entire villages to the ground, Trump blamed states for not raking the forests. His MAGAt followers, reminiscent of Jonestown cultists, continue to resist reason, data, and the evidence of reality in front of their faces. Getting hot? Have some Kool-aid…

In similar science-denying gaslighting, Trump first denied any concern for covid-19 and Continued His Incorrect dismissals, refused to wear a mask, attacked preeminent virologists and other clinicians and researchers, Lobbied To Deny States vaccine funding, and set up responding to a virus as a political choice.

Now we’ve pushed Past 650,000 Dead Americans, the vast Majority Of Them Unvaccinated (more than an order of magnitude) despite the availability of the vaccine from mid-winter 2021 onward.

Refusing the vaccine, refusing to wear masks—the virus is exploiting such willful ignorance. Anti-vaxxers were tolerable when we achieved herd immunity from polio, smallpox, and other viruses, but we cannot get to herd immunity with millions who are now politically anti-vax.

Homo sapiens is being out-evolved by a virus, a cell. The virus, like any other virus, is vulnerable to science, but when it has powerful political allies, science is not enough and humankind is vulnerable to it.

Rising seas, destructive hurricanes, forests on fire, air not fit to breathe, killer floods, and a pandemic allowed to flourish—all preventable, all requiring wise responses, all ignored by both the majority of deciders and far too many citizens for far too long.

From the sociopaths declaiming on Fox News or NewsMax to the MAGAt crowds attacking science, attacking voting rights, attacking the poorest and most vulnerable, we see our human evolutionary regression in action and in results.

(Dr. Tom H. Hastings is Coördinator of Conflict Resolution BA/BS degree programs and certificates at Portland State University, PeaceVoice Senior Editor, and on occasion an expert witness for the defense of civil resisters in court.)