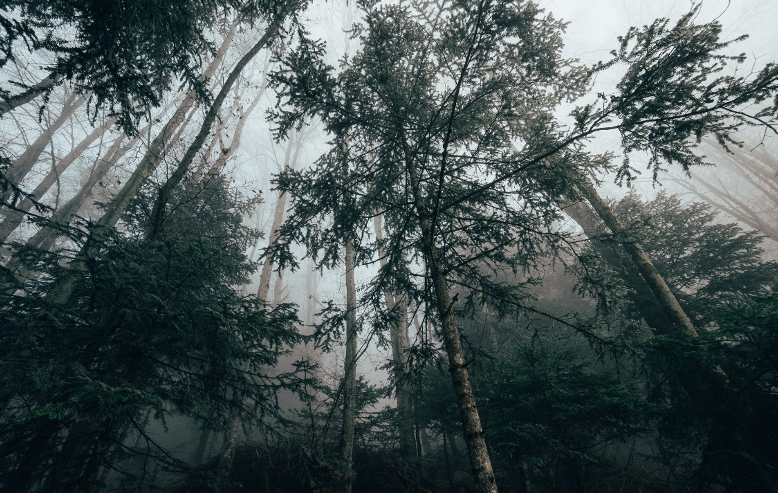 CLIMATE POLITICS-As the New Year asserts itself -- a year that begins in global lockdown and political shock-and-awe -- an extraordinary question emerges: Are we on the brink of real change?

Are we moving, politically speaking, beyond the small and stupid? Is the era of Trump really over? Assuming that to be the case is far too easy. Trump, after all, was and is part of the change, the breakdown of the status quo. You might say he’s been the coronavirus of American politics — he certainly has been infectious.

But simply “going back to normal” — swearing Biden in, returning to the political clichés we’re used to, appropriating another trillion dollars for national defense and corporate militarism, feigning concern over climate change but essentially ignoring it, yada, yada — leaves us wide open to the looming collapse.

I ask again: Are we on the brink of real change? What does that even mean? Is it simply an abstraction, infinitely large and personally irrelevant? Or does it somehow involve each one of us — each human being on Planet Earth — uprooting the life we know? And if that’s the case, will doing so simply mean a loss of freedoms and conveniences? Or is it bigger and deeper than this? Might change, which would include a transformation and expansion of awareness, also be empowering?

I believe that to be the case — at least if it starts with the belief . . . the reality . . . that Planet Earth is alive. I would push this even further: that the planet is not simply pulsing with life but is, in fact, sentient, that we are part of a far, far larger consciousness. Living is a collective, and sacred, endeavor.

Societies, like individuals, “can also pass through an initiation,” writes Charles Eisenstein:

“That is what climate change poses to the present global civilization. It is not a mere ‘problem’ that we can solve from the currently dominant worldview. . .but asks us to inhabit a new Story of the People and a new (and ancient) relationship to the rest of life.

The Old Story is killing us.”

As Eisenstein puts it:

“A forest is not just a collection of living trees — it is itself alive. The soil is not just a medium in which life grows; the soil is alive. So is a river, a reef, and a sea. Just as it is a lot easier to degrade, to exploit, and to kill a person when one sees the victim as less than human, so too it is easier to kill Earth’s beings when we see them as unliving and unconscious already. The clearcuts, the strip mines, the drained swamps, the oil spills, and so on are inevitable when we see Earth as a dead thing, insensate, an instrumental pile of resources.”

This is an enormous topic, almost beyond words. How do I bring planetary reverence into my own life? How do I prevent the concept of a living planet from simply being an abstract shrug or, indeed, its opposite — a condemnation of everything I do (from starting my car to turning up the thermostat to watching the news)? I live in a big city — Chicago. What is the relationship between urban life and a living planet? Is there one?

If nothing else, such questions relieve me of much of my Western arrogance. There is a new story that has to be told, a new world that has to be created. I cannot begin to know where and how such a journey should begin, for me and for all of us, without at least acknowledging the deep human history from which we have emerged and those of us — referred to these days as “indigenous peoples” — who still know and live that history.

“Who can teach us a way of thinking distinct from the prevailing concepts?” asks Eva Willmann de Donlea, writing in Kosmos.

Though there is not one prescribed way, perhaps we should consider that the answer may lie with our traditional cultures.

Somehow. . .somehow. . .from my perch in Big City, USA, I need to reach across continents and cultures, humbly and reverently. Where does change start? In term of the natural world, I look in awe at plants shooting up through the cracks in broken sidewalks, at animal life that prowls the backyards, the streets and alleys. But I also see change shooting up through the city’s broken criminal-justice system, through its broken schools. That change is called Restorative Justice, which involves people sitting in circles with one another, talking and, mostly, listening.

Restorative Justice, which can be used to address — and heal — harm that was been done, is part of our indigenous heritage. It has emerged over recent decades from indigenous communities in Canada, New Zealand, and found its way into Western culture. People sit together in what I have called a state of vibrant equality.

As I wrote many years ago:

“The first premise of a circle like this is that everyone’s presence is vital — the ones with whom I disagree, the ones I don’t quite trust. . .even my own. Making a concept like this real is not easy, but what we begin to generate when we do so, when we listen with deep respect, when we speak our riskiest truths, when we discover our common humanity, is a collective energy that cannot help but change the world. It’s called, for lack of a better word, love, and it’s a force older than violence.”

And so, as the new year asserts itself, as the pandemic both locks us down and forces us to realize we live in a world that has no borders, I sit here wondering what will happen next in our collective journey on this living planet. And in the last few moments as I write, my God, I learn that Trump supporters are storming the capitol building.

If we don’t open ourselves lovingly and nonviolently to what we encounter — whatever that is — we’re headed for another dead end. But if we do, we’re on the brink of real change.

(Robert Koehler (koehlercw@gmail.com), syndicated by PeaceVoice, is a Chicago award-winning journalist and editor. He is the author of Courage Grows Strong at the Wound.) Prepped for CityWatch by Linda Abrams.