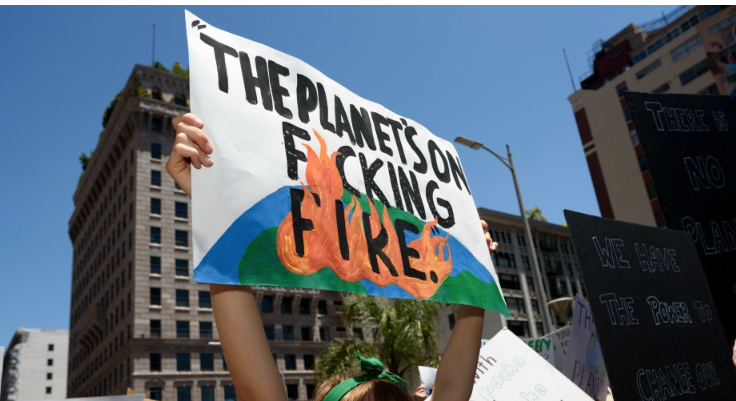 BEGREEN--As France, India, the U.S., and other nations face unprecedented and deadly heat waves, new research published Wednesday showed the planet has warmed more quickly in recent decades than at any point in the past 2,000 years.

The new research, published in the journals Nature and Nature Geoscience, draws upon historical data which demonstrates warming in the 20th century has been more rapid and widespread than in the past, refuting climate deniers' common refrain that current warming is part of a natural cycle.

As the BBC reported, the research team "reconstructed the climate conditions that existed over the past 2,000 years using 700 proxy records of temperature changes, including tree rings, corals and lake sediments" and "determined that none of these climate events occurred on a global scale."

By contrast, the new research (pdf) states, "the warmest period of the past two millennia occurred during the twentieth century for more than 98 percent of the globe."

"This provides strong evidence that anthropogenic global warming is not only unparalleled in terms of absolute temperatures," said the scientists, "but also unprecedented in spatial consistency within the context of the past 2,000 years."

Scott St. George, a physical geographer at the University of Minnesota in Minneapolis, said of the new research that the "familiar maxim that the climate is always changing is certainly true."

"But even when we push our perspective to the earliest days of the Roman Empire," St. George added, "we cannot discern any event that is remotely equivalent—either in degree or extent—to the warming over the last few decades."

The research comes as people across the globe are pressuring their governments to treat the climate crisis as an emergency and act accordingly.

As Common Dreams reported, thousands of people in more than 150 countries are expected to take part in climate strikes in September.

"Our house is on fire—let's act like it," says the strikes' call-to-action. "We demand climate justice for everyone."