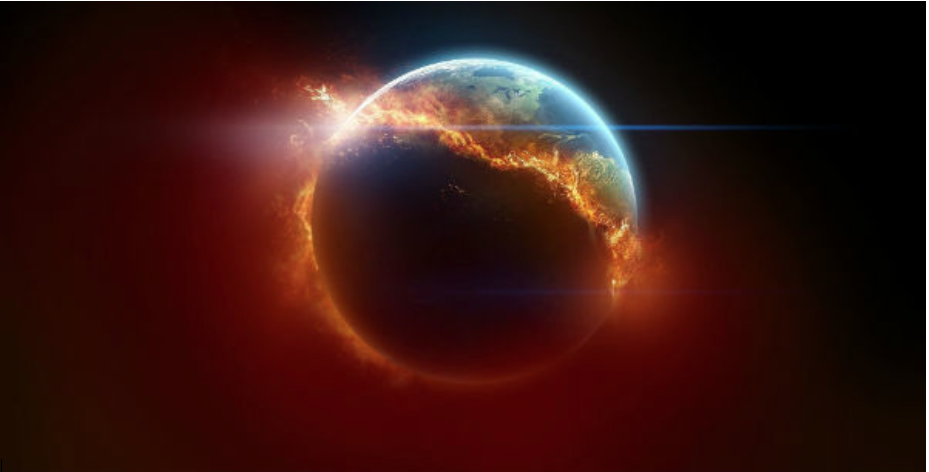 BEGREEN--“I believe that for a moment I thought the explosion might set fire to the atmosphere and thus finish the Earth, even though I knew that this was not possible.”

These words of Manhattan Project physicist Emilio Segre, quoted by Richard Rhodes in his book The Making of the Atomic Bomb, refer to the Trinity blast on July 16, 1945, at Alamogordo, N.M., the first atomic explosion in history and, so it appears, a turning point for all life on this planet.

The atmosphere didn’t catch fire at 5:30 that morning, but Segre’s words remain relevant, sort of like radioactive fallout. They encapsulate what may be history’s ultimate moment of human arrogance: the belief in a sense of separateness from and superiority to nature so thorough that we have, with our monstrous intelligence, the ability and therefore the right to play Bad God and make the whole planet go poof.

Turns out the Trinity test set into motion something even more profound than the nuclear era. The bomb didn’t just “defeat” Japan and define the Cold War, with its suicidal nuclear arms race. It is also, at least symbolically, marks the beginning of what has come to be known as the Anthropocene: an era of profound climate and “Earth system” destabilization caused by human activity and therefore, like it or not, establishing humans as co-equal participants in activity of the natural world.

There’s more to this “co-equal” status than nuclear weapons, of course. They may be the tip of our arrogance, but we’ve been exploiting and rearranging the planet for nearly 12,000 years, since the beginning of the era we are now leaving, the Holocene, an era of climate stability in which human civilization and all written history emerged. From the development of agriculture to the industrial revolution – the plundering of the Earth for oil and coal, the spewing of infinitesimal plastic nurdles across the planet, the creation of continent-sized trash mounds afloat in the oceans, the replacement of biodiversity with monoculture, the poisoning of the air and water and, yes, nuclear testing and the spread of radioactive fallout – humanity, or at least a small portion of it, has exercised an intelligence with a serious moral void.

And now the chickens are coming home to roost. Or as David Korten put it: “Humans might be the first species to knowingly choose self-extinction.”

What’s crucial about all this goes well beyond the dangers of climate change and the need for techno-fixes to our socioeconomic structures. History professor Julia Adeney Thomas puts it this way: “The Anthropocene’s interrelated systematicity presents not a problem, but a multidimensional predicament. A problem might be solved, often with a single technological tool produced by experts in a single field, but a predicament presents a challenging condition requiring resources and ideas of many kinds. We don’t solve predicaments; instead, we navigate through them.”

She adds: “. . . the hardest challenges will be about how to alter our political and economic systems.”
These aren’t just technical problems for “experts” to solve while the rest of look on (or go shopping). What’s emerging from all this for me is that humanity has to evolve for its own survival, and evolution is going to take all of us – or at least all of us who can think beyond the structures of thought in which we grew up, in which we came of age. The first premise for navigating the Anthropocene may be this: We’re all in it together.

Simple as this sounds, the implications of such a statement, if it is true, begin mushrooming into unfathomable complexity, especially when “all” refers not simply to all 7.4 billion human beings out there but all of life: the biosphere, the planet. We have to rethink who we are in a way that has, quite likely, never before happened.

“In the Anthropocene the old simplicities are gone,” writes Mark Garavan. “We are no longer human subjects acting upon an objective nature ‘outside’ us. Nature and human are now bound together. Free nature is over. Free humanity is over. They are relics of the Holocene. In our new age, Earth and Human are entangled irrevocably together. Welcome to the era of Earth-bound responsibility! The assumptions, the myths, the illusions of the Holocene no longer apply.”

And any institution founded on such myths and illusions – that the planet is ours to exploit, that some people matter more than others, that national borders are real, that dehumanizing and killing one another (a little activity called war) keeps us safe, that money equals God – cannot and will not survive the Anthropocene, and the “solutions” that emerge from such institutions, e.g., solving the climate crisis, are rooted in failure. “The challenge,” says Garavan, “is to re-think and re-inhabit our planet.”
That is to say, we have to start over.

And I think that’s what’s happening. New values are percolating. So are old values – the values human beings once embraced as they claimed the right to occupy Planet Earth. These values include interdependence and cooperation, and profound reverence for the planet. Rupert Ross, in his book Returning to the Teachings, points out, for instance: “The Lakotah had no language for insulting other orders of existence: “pest . . . waste . . . weed.”

Indigenous understanding is not “primitive.” It includes cooperation and compassion in its grasp of how things work, of what it means to live within the circle of life. The indigenous peoples of the planet have remained its protectors.

As Jade Begay and Ay?e Gürsöz point out at EcoWatch: “Even the seemingly groundbreaking Paris agreement neither includes human rights in its text nor acknowledges Indigenous rights — even though lands and waters stewarded by Indigenous communities make up 80 percent of the world’s biodiversity. What we need is for climate policy and the overall climate movement to address problems of inequality, because climate change is just as much a social issue as it is an environmental issue.”

(Robert Koehler is a Chicago award-winning journalist and editor. His book, Courage Grows Strong at the Wound is available. Contact him at koehlercw@gmail.com or visit his website at commonwonders.com. Made available to CityWatch by PeaceVoice.)