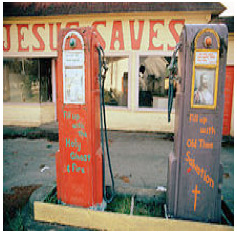 CALWATCHDOG - While nearly every politician in America publicly decries the high cost of gasoline and fuel costs, most are also strangely silent about the soaring gas tax revenues that states are currently enjoying.
Californians always seem to pay the highest gas prices in the country. On top of record fuel prices, the state should be reporting how enriched it is by record gas tax collections.
Yet even with this record gas tax collection, Gov. Jerry Brown and state Democrats continue to claim that the state doesn’t have enough money and needs even more tax increases.

Californians paid $8.3 billion to the state government in gas taxes last year. That’s the bad news.
The worse news is that the Tax Foundation just came out with a new report finding that Californians are not only overtaxed, we shoulder one of the highest tax burdens in the country.
Should Brown’s Proposition 30 pass, increasing sales and income taxes, we easily slide into the number one spot for the highest taxed state in the nation.
“At a time when Californians could least afford it, our state and local tax burden was among the highest in the nation,” said former state Sen. George Runner, now an elected member of the state Board of Equalization. “This new report provides further proof that by every measure Californians are overtaxed.”
The Board of Equalization administers the motor vehicle fuel tax, diesel tax and 32 other tax and fee programs.
Adding to Californians’ overall tax burden, “Our latest numbers show that high gas prices resulted in a record windfall for government at the expense of California consumers,” Runner said. “It’s bad enough that California’s gas tax is among the highest in the nation. It’s even worse that gas taxes goes up whenever gas prices rise.”
California’s 2009 state and local tax burden of 11.8 percent of income is well above the national average of 9.8 percent. California’s top individual income tax rate is 10.3 percent. The corporate tax rate is an 8.84 percent flat rate. The state sales tax is 7.25 percent, with many counties adding onto that rate. And California collected $1,465 per capita in state and local property taxes in fiscal year 2009, according to the Tax Foundation.
The once-Golden State of opportunity and innovation now ranks 48th in the Tax Foundation’s State Business Tax Climate Index. The Index compares the states in five areas of taxation that impact business: corporate taxes; individual income taxes; sales taxes; unemployment insurance taxes; and taxes on property, including residential and commercial property.
From July 1, 2011 through June 30, 2012, the Board of Equalization reported that it collected $6.9 billion in motor vehicle fuel taxes, up from $6.7 billion the prior year. Excise tax revenues accounted for $5.2 billion, while sales tax revenues accounted for $1.7 billion, Runner explained.
Over the same time period, the state collected $1.4 billion in diesel fuel taxes, up from $1.2 billion the prior year. Excise tax revenues accounted for $343 million, while sales tax revenues accounted for $1.1 billion.
California’s gasoline tax is 68.8 cents on every gallon of gasoline, and 77.1 cents on every gallon of diesel fuel, according to the American Petroleum Institute.
“What’s particularly concerning about these numbers is that they would have been even higher had the governor been successful in extending the higher sales tax,” said Runner.
Runner said that had Gov. Arnold Schwarzenegger’s 1 percent temporary sales tax increase from 2009 not expired on July 1, 2011, Californians would have paid an additional $96 million in diesel taxes last fiscal year.
Runner also explained that California’s 2010 fuel tax swap law would have required a larger motor vehicle fuel excise tax rate increase, costing Californians more than half a billion dollars extra in the 2012-13 fiscal year.
According to the BOE, these taxes and fees include:
* A federal excise tax of 18.4 cents per gallon;
* A state excise tax of 36.0 cents per gallon, up from 35.7 cents effective July 1;
* A sales tax averaging 3.12 percent when local taxes are included.
Runner said that it is important to note that the sales tax is calculated on the total price of the fuel sale including excise taxes, resulting in double taxation.
The breakdown for diesel is similar:
* The federal excise tax is 24.4 cents per gallon;
* The state excise tax is 10 cents per gallon, down from 13 cents effective July 1;
* The sales tax is 9.42 percent, up from 9.12 percent, plus applicable local taxes.
“This is a race to the top, not in education, but in taxing. It shouldn’t take a genius to see how other states are doing it,” Runner said. ”California’s economy is now full of man-made obstacles; that’s what caused the absolute devastation of this economic machine.”
(Katy Grimes writes for CalWatchdog.com where this article first appeared.) –cw
CityWatch
Vol 10 Issue 89
Pub: Nov 6, 2012