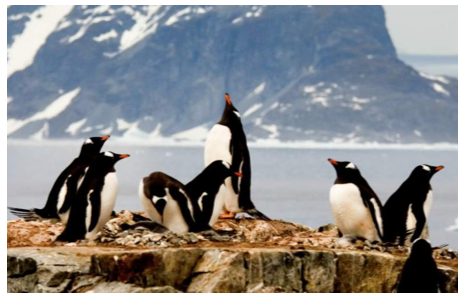 BE GREEN--Greenpeace is launching a campaign on Monday to back the creation of the largest protected  area in the history of conservation by setting aside 700,000 square miles of seas surrounding Antarctica in order to save fragile marine ecosystems and curb the damage to key planetary systems.

"The Antarctic is home to an abundance of wildlife," wrote Will McCallum, head of oceans for Greenpeace, on the group's blog. "Whales, penguins and colossal squid are just a few of the many animals who call it home. And it’s not just important to animals—the health of our oceans sustains our planet, and provides billions of people with their livelihoods. But threats from overfishing, plastic pollution and climate change mean we urgently need a network of sanctuaries across the world to restore our oceans' health."

First proposed by the European Union, the Protect the Antarctic campaign would create the world's largest wildlife sanctuary, banning all fishing in the Weddell Sea and around the Antarctic Peninsula. Industrial krill fishing in the area has killed off large quantities of a small crustacean that larger animals including penguins and whales rely on for food.

"The next few years are absolutely essential for the future of our oceans and we are in desperate need for governments to come together and do what is best for these amazing ecosystems," McCallum told the Guardian.

The group will urge countries including Norway, Russia, South Korea, and China—all of which have large krill fishing industries—to back the proposal.

"World leaders shouldn't allow an ocean wilderness to be exploited by a handful of companies," said McCallum. "In the 1980s it took a global movement to protect the Antarctic's land. Now we need to protect its oceans."

In addition to protecting species within Antarctica's ecosystem, creating a sanctuary within the waters would help to curb climate crisis by allowing the seas to absorb carbon dioxide from the atmosphere, according to marine experts.

"The Antarctic is very important in locking away carbon in deep-sea sediments," Callum Roberts, professor of marine conservation at the University of York, told the Guardian. "There is also a very rapid rate of sinking there—it has some of the coldest waters in the world…and this sinking is one of the great pumps of the global ocean system."

More than 100,000 people from around the world have signed a petition backing Greenpeace's proposal, urging the U.K. to offer its support for the Protect the Antarctic campaign.

The Commission for the Conservation of Antarctic Marine Living Resources (CCAMLR) consisting of 24 countries and the E.U., will meet in October to decide whether to adopt the plan.

(Julia Conley writes for Common Dreams … where this piece was first posted.)