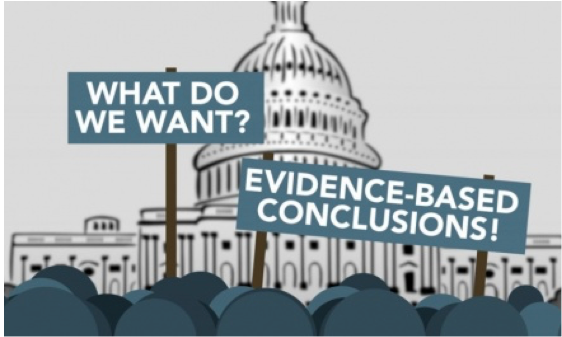 BEGREEN--It’s no coincidence that Earth Day, the first anniversary of the signing of the climate agreement and the March for Science are all taking place on the same day, April 22. It is the people’s day. It has been the people’s day since 1970, when Sen. Gaylord Nelson (D-Wisc.), Rep. Pete McCloskey (R-Calif.), and lead organizer Denis Hayes turned out 20 million ordinary citizens in what is still regarded as the largest-ever single social mobilization effort in world history.

The goal—to put environmental issues dead center of the political agenda by mobilizing citizens—led directly to the creation of the Environmental Protection Agency (EPA) and some of the most important environmental laws ever enacted including the Clean Water Act and the Endangered Species Act.  The modern environmental movement was launched and nearly half a century later, Earth Day continues to be a day of action and mobilization that engages more than 1 billion people in 192 countries. That number grows with each passing year.

"This year, Earth Day will once again serve as a vehicle for mobilization when, in addition to turning out a billion people and celebrating the First Anniversary of the Climate Agreement, the world will march for science."

At first it may not be obvious why Earth Day was the day of choice for the March, but Earth Day was the result of warnings that scientists had made for years about our environment for years. From Rachel Carson in “Silent Spring” to multiple discoveries of the human health effects of fossil fuels and other toxics, Earth Day and the laws that grew out of that huge new movement were all based on the painstaking work of dedicated scientists.

Not that it wasn’t obvious in 1970. With rivers on fire, cities experiencing dangerous levels of air pollution, genetic changes in our wildlife and children suffering from a myriad of diseases and birth defects, scientists’ warnings finally sparked a revolution.

Last year, the importance of Earth Day was recognized when 175 countries met in New York on April 22nd to sign the Paris Climate Agreement. Scientists, global leaders, corporations and people took a collective sigh of relief that a climate agreement, although imperfect, finally moved forward.  Science was at the heart of the Climate agreement but support from all facets of civil society helped create the political climate that made it possible.

This year, Earth Day will once again serve as a vehicle for mobilization when, in addition to turning out a billion people and celebrating the First Anniversary of the Climate Agreement, the world will march for science.

So it is not surprising that we are the lead organizer of the national march in Washington, D.C.

The partnership with the March for Science makes sense. Without science, there would be no Earth Day. Without science we would have no Climate Agreement, Clean Air Act or Clean Water Act, or any of the environmental legislation that grew out of the first Earth Day.

And what makes partnership with March for Science all the more meaningful is that this year’s Earth Day theme is climate and environm ental science literacy. 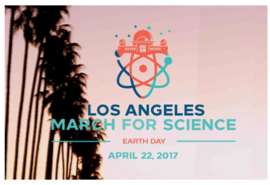 Environmental literacy was once the sad stepchild of our movement. Today, countries around the world are discussing and passing laws to create a new generation of educated citizens ready for 21st century green energy jobs. Just as it was true at the dawn of the industrial revolution, the countries that teach science and prepare their work force for a new economy will get the jobs and the investments and become the leaders of the green economy.  And by the same token, those countries that fail to educate their children about the science of the future will not prosper. Earth Day Network’s goal is to support the inevitable move to the post-fossil fuel world economy by educating and preparing the next generation of students to be ready for tomorrow’s jobs.

Which brings us back to People’s Day. As in 1970, people all over the world are faced with a choice. We can rely on real science to illuminate the truth and the way toward a sustainable future, or we can turn our backs on both science and truth.

We suspect the American people will choose the latter and that on Earth Day people will be marching for both. And not just scientists. Teachers, students, business leaders, elected officials, parents, grandparents and many others will be marching to protect the truth, protect science and protect our planet

(Kathleen Rogers, president of Earth Day Network, is the lead organizer for the Earth Day March for Science rally and teach-ins on the National Mall. Posted earlier at Common Dreams.)