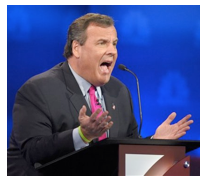 POLITICS--Those considering hosting debates in the coming California elections should take lessons from the mishandling of the current presidential debates and take advantage of the state’s unique primary system to offer real issue-oriented debates.

The recent Republican Presidential Debate on CNBC received more blowback for the way the debate was handled than what the candidates had to say.   Now the Republican National Committee is suspending its relationship with NBC and affiliated organizations over future debates because of the debate questions while the candidates are in open revolt over how the debates should be handled.

While candidates would love to control the debates, the media, which usually moderates the debates, cannot give up journalistic independence.

With future presidential debates rapidly approaching and expected California debates for the U.S. Senate around the corner, is there a better way to handle debates than what we saw last week?

John Pitney, Professor of American Politics at Claremont McKenna College, thinks there is.

“The best format is simply to have the candidates on stage with no press questions.  Give candidates fixed amounts of time to make statements and respond to one another.  Set the microphones to go on and off automatically so that the candidates cannot filibuster or dicker with a moderator for extra time.  Set the order of speaking by random chance.  If the number of candidates becomes unwieldy, randomly assign them to two or more debates,” Pitney wrote in an email.

He has some other suggestions that would heighten the seriousness of the debates.

“Do the whole thing without a studio audience.  No cheers, no boos, just the words of the people running for office,” Pitney suggests. “The basic idea is to take the media out of the process as much as possible, and let the candidates speak for themselves.  Make it a debate, not a circus.”

Pitney wrote that this format would work for California senatorial or gubernatorial debates as well. Because California has the top-two primary system, Pitney argued that Republicans and Democrats should appear together on the same debate stage.

Such a format would lend itself to a real exchange of contrasting ideas on substantive issues.

One side-effect–the viewership ratings could go down if the “circus” atmosphere is removed. Is that a bad thing under the circumstances?

(Joel Fox is the editor of Fox and Hounds and President of the Small Business Action Committee. This column was posted first at FoxandHoundsDaily.com)