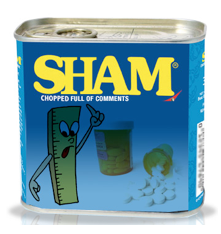 MY TURN-A few weeks ago, I talked about what qualifications exist for the various Angelenos appointed by the Mayor to serve on Commissions. (I lost count of how many there are in total.) The only ones that are paid are the Commissioners who serve on Public Works.  Everyone else "serves at the pleasure of the Mayor. " Their payment is knowing they are making our City a better place to live.

I started writing about Neighborhood Councils (NC's) for CityWatch more than two years ago. Even though my universe has expanded, I still have a soft spot for the NC volunteers who toil tirelessly for their communities. The Neighborhood Council System makes a city the size of Los Angeles more manageable. And individual City Council members -- at least those without another agenda -- depend on the NC's in their area to keep them apprised of what’s going on…from problems to celebrations.

The Board of Neighborhood Commissioners (BONC) was created, according to one of its founders, as an “afterthought” that was then included in the City Charter. They decided to have a Commission mainly because all the other Departments had one, though they weren’t sure what this Commission should do. That’s why they made it so general.

Basically, BONC was created to certify and decertify the NC's and to "determine policy." It was placed under the management of the Department of Empowerment (EmpowerLA.) During the first two or three years the Commission certified sixty councils in various parts of the City. It was constantly busy and involved, developing the different NC's in each Commissioner's geographical area.

But when the bulk of the certifications were finished, they ran out of things to do. There was never and still isn’t an exact list of the BONC’s duties or responsibilities. Since the recent outrage in Sunland Tujunga where a very active and effective Neighborhood Council was evicted from its leased city-owned office by Councilmember Felipe Fuentes, I've learned a lot more about BONC. I don't know if other Commissions operate like they do, but if so…why would anyone accept the appointment?

The BONC commission holds meetings twice a month -- one in the evening, always at a different location in the City, and a second meeting at City Hall during the day. I attended their monthly daytime meeting on a Monday in October. It was held at 1 p.m. Needless to say, it wasn't very crowded. I was told the reason they have one of their bi-monthly meetings at this inconvenient time is so the staff will not have to be paid overtime at night. Maybe there’s another reason: they don't want to encourage a large audience.

Before I share my experience at that meeting, I want to tell you about a conversation I had with Doug Epperhart, who served as a BONC Commissioner from 2011 until 2012 when he quit, mostly out of frustration.

He described himself to me as a "thorn in the side” of some but not all. I know if you talk to a couple of others who served with him you might get many opinions. By the way, Epperhart still remains active in his NC in the Harbor area.

Here are his perspectives on the items we discussed:

1. There is a systemic problem in that BONC has no real function beyond certifying NCs. They are not making policy. They are making rules. It is up to the Department of Empowerment, (formerly DONE now known as EmpowerLA,) whether the rules will be enforced. A previous General Manager once told me BONC could make all the rules it wanted. If he/she didn't want to enforce them, there was nothing BONC could do.

2. Many Commissioners have an attitude problem. They think BONC is at the top of the NC hierarchy. The fact is, as elected officials, NC board members outrank them. BONC should understand their job is to serve NC's and not just create new regulations to make volunteers' lives harder. Commissioners typically either have too much NC experience (“everybody should do what my NC does”)…or no experience at all.

3. BONC has a courage problem. Many commissioners are afraid to rock the boat or advocate on behalf of NC's because the politicians might not like them and they, God forbid, may not get to be a commissioner anymore. NC's are already at the mercy of DONE and its bureaucrats whose first job is to maintain their own well-being. NC's should not also be at the mercy of BONC.

4. The NC system has evolved into a more adult version of a student council. It's an illusion of authority. The real power NC's have is the ability to organize and function politically; something most of the NC volunteers are unwilling to do. Many don't even want to acknowledge that NC's are political entities.

5. Some years ago, Zev Yaroslavsky was addressing the Alliance of Neighborhood Councils (which no longer exists) about political power. He said that if NC's weren't willing to organize and engage politically, they were nothing more than debating societies. I seem to recall his actual words were something like, "You might as well just take your money and shut up." This is essentially where we've ended up.

Epperhart also recounted a story about a DONE GM who was approached by a councilmember who told the GM, “Your job is to keep NCs under control.” This clearly indicates the low regard some on the LA City Council have for NCs.

Epperhart’s comments might have sounded a little biased if I hadn't seen a similar display myself. Late in September, Councilman Fuentes (District7) served the Sunland Tujunga Neighborhood Council (STNC) an eviction notice for their North Valley City Hall office. This NC had a long-term sharing agreement with the two previous councilmembers. STNC President Mark Seigel called the City Attorney's office to see what their options were. Deputy City Attorney Darren Martinez reportedly came back with the answer that his office couldn't handle it because it was "political." I queried Martinez about this several weeks ago but have not received an answer. 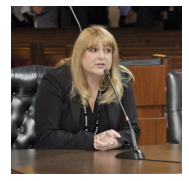 All this caused a furor but the BONC Commissioner for the North Valley, Lydia Grant, (photo) told the group she would have it put on the BONC agenda for the next meeting. When she didn't see it listed on the agenda she asked BONC President Len Shaffer why? He told her that the Deputy City Attorney had advised him to remove it because it was political.

I sat through the two hour BONC meeting so I could ask questions on non-agenda items. I asked Deputy City Attorney Carmen Hawkins to please define "political" since we were discussing a rental. But President Shaffer immediately interrupted us and said that Ms. Hawkins was under no obligation to answer my question…or if she wanted to she could give a brief answer. She gave the same answer she has used frequently, "The City Attorney advises only and it is up to the Commission to take it or not." Of course, if you don't take the advice and you get sued ...  the City will not defend you.

I asked President Shaffer why he had jumped in to help Ms. Hawkins when his responsibility was to do the best thing for the NC's -- not make life comfortable for the Deputy City Attorney. I asked him again for the reason why this huge blowup wasn't on the agenda.

He said, "It wasn't just the City Attorney but a ‘consensus’ decision.” I asked who comprised this “consensus.” He replied, "various commissioners, the EmpowerLA staff and the City Attorney.” He acknowledged that GM Grace Liu had not been in the meeting he described. And neither were most of the seven BONC Commissioners.

Doug Epperhart spoke about courage, which obviously several members of the BONC Commission lack. I have talked about the vacuum of leadership in other articles. But this was a rude awakening!

Obviously, the Mayor appoints Commissioners who will conform to his agenda. I just didn't realize so many volunteers were so intimidated by the bureaucracy and the elected officials.

As always comments are welcome …

(Denyse Selesnick is a CityWatch columnist.  She is a former publisher/journalist/international event organizer. Denyse can be reached at: [email protected]) Edited for CityWatch by Linda Abrams.