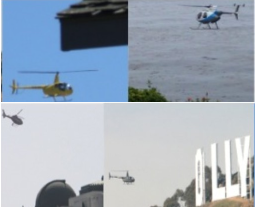 NOISE POLLUTION POLITICS-There is a helicopter noise problem in Los Angeles County and it negatively impacts our quality of life.

How bad is it? Here’s just one example: On Friday August 7 there were 43 documented low-flying helicopter flights over mountainous terrain near the Cahuenga Pass to venues that included the Hollywood Sign, Griffith Observatory, and celebrity mansions. They flew at 300 to 900 feet above ground level (AGL), and mostly at about 500 feet AGL. These were primarily tour helicopters that have total disregard for how their noise impacts people on the ground. This is not unusual…and is totally unacceptable.

For the past three years, we have participated in 57 meetings with helicopter pilots and the Federal Aviation Administration (FAA) in our efforts to come up with voluntary measures that could actually reduce helicopter noise. However, we have not been able to convince helicopter pilots to agree to any of our proposals.

We have concluded that it’s time for a different approach. On October 20, 2015, LAAHNC filed four petitions with the FAA asking them to adopt mandatory Federal regulations for: (1) minimum altitude; (2) hovering/orbiting; (3) media pooling; and (4) offshore routes. (For petition details, see Friday’s CityWatch article,  “LA Helicopter Noise Coalition Makin’ its own Noise.”

We know the FAA is not required to consider these petitions but we hope they will. We need help from our elected Federal officials. And we need our supporters to join forces with us to tell our Senators and Congressional Representatives that mandatory regulations are absolutely necessary.

Our new web page, LAHelicopterNoise.org/mobilize/, gives people everything they need to quickly and easily get in touch with Federal elected officials.

Did you know that there are essentially no regulations governing helicopter flights? And there are no specific minimum altitude requirements for them either. Instead, each helicopter pilot decides how high or low to fly. Historically, they fly very low – resulting in horrific noise impacts on the ground.

How did this happen? Actually, helicopter noise has been a nationwide problem for decades. Almost 40 years ago, in the late 1970s, the general public and national authorities expressed concern about helicopter noise and the FAA proposed regulating helicopters nationwide. Of course, the helicopter industry opposed any regulation and argued that it would be better for them to develop their own voluntary operational guidelines.

Finally, in late1981, the FAA withdrew its proposed regulations with the understanding that the helicopter industry would develop and implement a voluntary noise abatement program. The Helicopter Association International (HAI) created a committee of industry insiders who met in private – without input or participation from the affected public – and developed the HAI Fly Neighborly Guide. This may have been sufficient for the helicopter industry, but it was not sufficient for the public.

Fast-forward to today. The helicopter noise problem in the Los Angeles area has become intolerable and is destroying our quality of life. We have year-round moderate weather, scenic landscapes, famous landmarks (like the Hollywood Sign), and a large and growing number of helicopters engaged in all sorts of activities – such as tours, flight tests, aerial photography, news gathering, paparazzi, traffic reporting, transportation, commuting, utilities inspection, emergency medical, law enforcement, firefighting, and military. Unfortunately, pilots largely ignore their own industry’s Fly Neighborly Guide.

Some helicopter activities such as police, medical, and firefighting are essential. But others are not, like as tours, media, and paparazzi. Early on, LAAHNC asked the FAA what portion of helicopter flights were police and fire, but they had no countywide data.

However, a recent FAA analysis of the Cahuenga Pass, an area with a very high volume of helicopter traffic, revealed that an estimated 72 percent of daytime flights were civilian – only 28 percent were emergency responders such as police and fire. We have focused most of our proposals on non-emergency helicopter flights.

Our initial approach with the FAA and pilots was simple – the problem is noise – so, let’s address noise. Noise is measured in decibels – so let’s determine an acceptable level of decibels on the ground when a helicopter flies over. Then we could talk about flight practices that would achieve that level.

But helicopter pilots made it clear that they did not want to talk about noise. To them, noise is a byproduct of what they do. The public should just accept the fact that there will be times when this noise will interfere with their daily quality of life (like being able to hear conversation!) Pilots have also been unconcerned about the negative impact helicopter noise has on property values in heavily impacted areas. Yet they remain steadfastly protective about possible negative economic impacts that regulations could have on helicopter-related commerce.

Unfortunately, the idea of developing a noise level goal has been dead on arrival. Looking back, this was probably a sign that our “collaboration” was doomed from the start.

Nevertheless, we pushed for more meetings to see if we could agree on meaningful solutions. For example, we pointed out that for noise abatement purposes, the FAA already “recommends” that pilots avoid noise-sensitive areas, including residential neighborhoods where they should consider flying at least 2,000 feet above ground level (AGL). We said, “Okay, let’s set a goal of 2,000 feet AGL wherever possible.”

But pilots said they could not agree to such a goal because it is simply not always safe to fly that high. We could not get pilots to identify any area in Los Angeles County where they would agree to 2,000 feet above ground. So, how is LA County supposed to get any helicopter noise abatement?

LA County is home to the world’s largest manufacturer of helicopters, located at Torrance Airport. Established in the late 1970s, Robinson Helicopter Company grew rapidly and now conducts thousands of test flights every year over residential neighborhoods in cities throughout the South Bay.

Robinson’s FAA-approved flight test area extends along the coastline from Manhattan Beach to Long Beach (a distance of about 25 miles), and from near the shoreline to two miles offshore. That sounds okay on paper, but they don't actually use the entire area. Instead, they generally fly parallel and close to the shoreline. When we asked if they would agree to use a route three quarters of a mile offshore to reduce noise onshore, they refused to do so.

By the way, even though the test flights must pass over otherwise quiet residential areas for several miles between Torrance Airport and the approved flight test area, no environmental impact studies were ever done on Robinson’s noise impacts, safety risks, or flight routes. And impacted residents have never been given any advance notice or opportunity to object or ask for mitigation.

Their efforts peaked in January 2014, when Federal legislation was enacted that directed the FAA to continue collaborating with the community and helicopter pilots and take several steps, including: “(1) evaluate and adjust existing helicopter routes above Los Angeles, and make adjustments to such routes if the adjustments would lessen impacts on residential areas and noise-sensitive landmarks; (2) analyze whether helicopters could safely fly at higher altitudes in certain areas above Los Angeles County; (3) develop and promote best practices for helicopter hovering and electronic news gathering …”

This legislation also stated that unless “significant progress”was made by the end of 2014, the FAA “shall begin a regulatory process related to the impact of helicopter use on the quality of life and safety of the people of Los Angeles County.”

With the passage of this legislation, community stakeholders, pilots, and the FAA had strong incentives to reach agreements by the end of 2014. Yet still, no significant progress has been made.

LAAHNC has made every effort to find voluntary solutions to the problem, but we have concluded that getting the helicopter industry to agree to the measures needed is not achievable. Moreover, history has shown that self-enforced voluntary measures are not effective.

The time has come to regulate helicopter flights in LA County.

We do have a helpful tool in the FAA’s new (but not yet well-known) Automated Complaint System. Every complaint from the public is logged and statistics are compiled and analyzed by a committee that includes LAAHNC participants. In addition, a small number of the more egregious flights are further analyzed.

The system currently receives 5,000 to 8,500 complaints per month, but, we think these numbers represent only a fraction of the people who are being annoyed. So we are promoting awareness of the system and encouraging the public to use it at LAHelicopterNoise.org/complaints/. This will result in a more accurate count of impacted residents and help justify the need for mandatory regulations.

It will be a tough battle to get new regulations adopted and pilots will lobby hard against them. Just consider this: the stated mission of their industry-based organization, the Los Angeles Area Helicopter Operators Association, is to “promote the establishment of heliports and helipads in the region” and to “resist unreasonable and overly restrictive regulations.” This is a good indication that they will put up a fight. But so will we.

We are encouraged by the fact that a few years ago, the FAA adopted regulations establishing the first-ever, mandatory helicopter route in the nation. That route requires helicopters to fly one mile offshore at an altitude of 2,500 feet along the north shore of Long Island, New York. If New York can do it, LA can do it!

To succeed, strong public support is critical. If residents unite behind our efforts, then today can be the beginning of the end for helicopter noise in Los Angeles County.

ACTION INFORMATION:  Go to LAHelicopterNoise.org/mobilize/.  It’s easy to file noise complaints – and to tell your Senators and Congress member that regulation is needed. Be sure to give us your email so we can keep you informed of our progress.