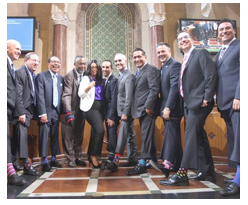 JUST THE FACTS-I recently learned that some Los Angeles City councilmembers have expressed concern about my suggestion that Los Angeles move forward with a part-time Mayor and City Council.

With over 300,000 hits on my article, there is discussion at City Hall that legs may be growing on my concept and changes may be proposed in the operations at City Hall. What I failed to mention in my previous article is that the City Council usually meets three times a week:  Tuesday, Wednesday and Friday.

While there are usually various committee meetings each week, some councilmembers may chose not to attend these nuts and bolts discussions, while other times committee meetings are cancelled or run by only a portion of the committee. The bottom line is very simple. Could Los Angeles move forward in a positive manner with a part-time Mayor and City Council if the millions being spent on administrative costs for these elected positions were to go to real programs and city improvements?  Improvements like the repair of the long and growing list of crumbling sidewalks, pothole-filled streets and trees that need trimming, and so on.

The next question is, who would then address and handle all of the routine programs the City Council currently administers? While quite unpopular with many, the structure is already in place to address these matters: the local Neighborhood Councils.

They could be the link to address the routine matters currently handled by City Council. The Neighborhood Councils have been around for over 10 years and have matured much over time.  I can remember when there was a Rabbi who attended Neighborhood Council meetings to try and bring civility to these elected community groups.

The Neighborhood Councils have since become a functioning part of the City family. So why not permit them to assume more authority, responsibility and accountability in running the City in a more efficient and effective manner? I am sure the over 100 Neighborhood Councils would enjoy helping to streamline the ineffective Los Angeles political machine.

Former Los Angeles City Councilwoman and current United States Congresswoman Janice Hahn once pushed to enhance the powers and effectiveness of Neighborhood Councils. Now may be the time to give serious consideration to providing the NCs the ability to determine what improvements are top priority in their neighborhoods.

Imagine how much more could be done to improve the city operations and appearance by putting the local Neighborhood Councils in charge of funding city services for specific programs in the diverse communities and neighborhoods of Los Angeles.

A novel approach to improve Los Angeles or a waste of money?  I believe that we are wasting more and more money in the City these days. I would like to know your thoughts on the matter.

Since the City residents elect our Mayor and City Council, they have to answer to us. We are a very strong voice and if used properly, we can make real concrete changes in the way Los Angeles operates and spends our tax dollars. 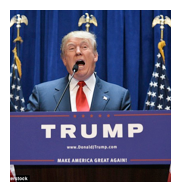 Donald Trump: I must comment on the attention currently being given to Donald Trump and his bid to become President of the United States of America. With his poll numbers ahead of the slate of Republican candidates currently running for President, one would think that this showman might have a chance at being elected.

If money could buy the Presidency, I am sure that Donald would make that attempt and would become King of America. But as time passes, Donald will fall in the polls and vanish off the stage. At the same time, Hillary Clinton’s many issues with honesty and integrity will continue to surface and she, too, will fall from Grace on the Democratic side.

What I see is a nation coming together to push aside Democratic and Republican “issues,” focusing on a person that is down-the-center and not connected with any political party. It’s time that we elect people who care about our nation, state and cities. With so many issues facing America and our communities, it’s time we all engage in the running of our nation.

I can remember 9/11 like it was yesterday. I remember all those American flags flying, showing support for our country. I also remember seeing Washington officials standing together in a sign of unity for our country.

It’s time that we do that again. Set aside the political parties and push for an America where we all count – where the basics of America are brought back to the people. I believe “In God We Trust” and will continue to be an Independent, voting for the person and not the political party.

I will admit, though, that I do have a couple of Donald Trump ties. I bought them at a good price on sale.