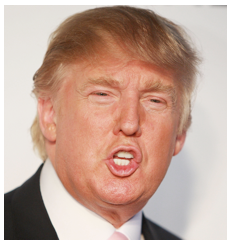 LATINO PERSPECTIVE-This past week businessman Donald Trump announced that he will seek the 2016 Republican nomination for President. We all paid attention to his speech, not for great policy ideas but because he said that “When Mexico sends its people, they're not sending the best. They're not sending you, they're sending people that have lots of problems and they're bringing those problems. They're bringing drugs, they're bringing crime.” He also said that “they're rapists and some, I assume, are good people, but I speak to border guards and they're telling us what we're getting."

This kind of thinking has no place in American politics, is destructive, divisive and offensive. Not only to us Mexican-Americans, Latino Americans but as CNN political commentator Sally Kohn argues “it should offend every American whose own ancestors once came to this country as immigrants, immigrants who were almost all at one point denigrated and demeaned by the majority.

Immigration and integration are among the best parts of America's story. Xenophobia and racial bias run through our ugliest chapters.” She said.

Immigrants come to the US for many reasons, I came to carve a path of my own but at the end all of us come searching for a better life, not just a better life for us and for our family, but to make our communities better. Some of us have the opportunity to become citizens and fully participate in this country’s democratic process.

It’s true that not all immigrants documented and undocumented are good people, but that group of immigrants is extremely small. The vast majority of immigrants are hardworking law-abiding individuals, and for Donald Trump to paint all Mexican Immigrants with a very broad brush as criminals is counterproductive, and it will only continue to alienate Latinos from the GOP.

America’s immigration system is broken, and the demagoguery over illegal immigration needs to stop.

It’s time to get serious about this issue, too many employers game the system by hiring undocumented workers. There are at least 11 million people living in the shadows. This is not good for the economy or the country. It is time for the Senate and the House of Representatives to work with the President on a comprehensive solution to immigration reform.

And … read my lips: Donald Trump has no chance of becoming President of the United States. He’s really a long shot, but if he wants to help his party and make a real difference he first needs to apologize to the Mexican-American community.

If Mr. Trump loves this country as much as he says, this is a great opportunity for him to add his voice to that of most common sense Americans and support a path to full legalization. A path that includes citizenship for the 11 million plus hard working and law abiding undocumented workers who have made this country home. Otherwise Mr. Trump … YOU’RE FIRED!