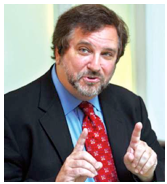 CONSIDER THIS-There continues to be a great deal of rewriting history at the Los Angeles Times and the Los Angeles Unified School District (LAUSD) to make it seem that teachers only got targeted after Miramonte to protect students. That outright lie is at the root of LAUSD chief attorney David Holmquist's incessant comment also echoed by Superintendent Cortines that, "We will always put student safety first, when dealing with teachers, which is why we are so cautious in dealing with alleged teacher impropriety."

One need only look at the frequency and number of individual cases against teachers long before Miramonte to expose this lie. The figures show that the war against teachers and the huge number of teachers forced into retirement or brought up on fabricated charges started in earnest after then LAUSD Director Office of Risk Management & Insurance Services David Holmquist published figures in 2006 showing that teachers at the top of the salary scales (93% of all charged teachers), were pushing the District into bankruptcy. Something had to be done and LAUSD chief attorney did it, despite the necessity of trampling on thousands of teachers civil rights.

And of course, none of this illegality would have been possible if our "free press" had just asked the same questions I'm posing here. The LA Times and other supposed news media have scrupulously avoided doing so by continuing to muzzle their reporters, who are never given the green light to follow the facts and the money. With the now targeted renowned master teacher Rafe Esquith might LAUSD's premeditated illegal actions finally see the light of day?

I have talked with many reporters at both the local and nation levels with far greater daily access to LAUSD and other districts like it around the country than I will ever have and to a person they say, "We know what's going on, but we can't get that story past our editors." Why? Because the same people monetizing and privatizing public education now directly control or outright own our "free press."

This is why there is never a mention of the $60,000 a year LAUSD saves for every teacher at the top of the salary scale they target and get rid by fabricating false morals charges under California Education Code Section 44939.

With the targeting of nationally renowned teacher Rafe Esquith, there is finally too much publicity that cannot be swept under the carpet in the process of getting rid of teachers whose only "crime" in the vast majority of cases is that they were at the top of the salary scale with expensive benefits.

"The LAUSD Board has always voted for the dismissal of teachers based exclusively on [unverified] charges without any evidence presented to the Board," even though both California Education Code, applicable cases law, and the U.S. Constitution clearly call for evidence offered under penalty of perjury.

You can't get a speeding ticket without the officer signing the ticket under penalty of perjury, but LAUSD with the tacit support of the media and the courts have been able to take away a teacher's profession without ever having to have hard evidence of wrong doing sworn to by those bringing charges against the teacher.

Clearly, there is a degree of reticence for those fabricating charges against teachers to perjury themselves, but so far they haven't been required to do so- they just rubber stamp unverified charges and summarily remove the teacher. This has created a situation where teachers are presumed guilty until they prove themselves innocent, which is next to impossible in a purposefully protracted process that is allowed to go on for years, while teachers are deprived of salary and benefits before there has been any adjudication of guilty in a neutral forum of law as is their constitutional right.

Are there pervert teachers? You bet. In any profession where there is increased access to children the number of pedophiles is greater- but no greater than it was before Mark Berndt was finally discovered after being allowed 18 years of unfettered access to his student prey.

If one were to dispassionately look at the real facts dealing with the removal of teachers without due process of law it might become crystal clear that deviants like Mark Berndt could only survive because their administrators were too busy going after exemplary teachers like Hobart Elementary's Rafe Esquith.

(Leonard Isenberg is a Los Angeles observer and a contributor to CityWatch. He’s a second generation teacher at LAUSD and blogs at perdaily.com. Leonard can be reached at Lenny@perdaily.com )