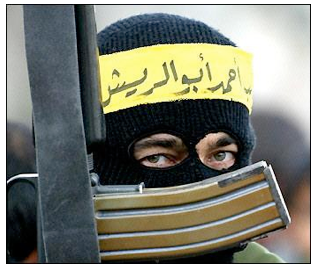 STRAIGHT TALK-The most militarized states (1/4 of the total) received almost 2/3 of America's arms transfers (i.e., the 38 most militarized of 148 nations, plus Taiwan, which did not have a militarization ranking). This, of course, prompts a question about cause and effect: Do our arms sales contribute to increased militarization of other countries, or does the militarization encourage more business with the United States?

Either way, our behavior is unconscionable. Over a quarter of all our arms sales go to five "Non-Free" countries: UAE, Saudi Arabia, Egypt, Iraq, Oman (Democracy Index calls three of them "authoritarian regimes," and Iraq and Egypt "hybrids").

The U.S. share of global arms sales is anywhere from 31 to 75 percent of the total, depending on the source and method of analysis.

Weapons for ISIS -- from US! It has been reported that ISIS has confiscated large numbers of weapons from Saudi Arabia, which has become the Number 1 U.S. customer for arms sales, as well as the world's Number 1 importer of weapons.

Where To Find Peace-A comparison of the Economist's Democracy Index with the Global Militarization Index reveals that, on average, democracies are just as militaristic as authoritarianism/democratic "hybrids."

Apologies to the Troops-Instead of thanking the troops, we should be begging them for forgiveness, or, better yet, we should be properly informing them of their likely roles in the killing machine:

● You might have your body torn apart. Ann Jones recounted the experience of a doctor in Afghanistan: "His first surgical patient...was a young soldier who had stepped on an IED, triggering an upward blast that destroyed his legs and left his pelvic cavity 'hollowed out.' His urinary system was in shreds. His testicles were destroyed. His penis was attached to his body by only 'a little thread of skin.' That first surgery, the doctor said, was 'emotional' for everyone on the surgical team. 'The others hadn’t seen anything like these injuries for a while, and I had never seen anything like it.'"

● You might kill innocent people. Nine-year-old Eman Waleed remembered American soldiers coming to his house in Haditha, Iraq in November 2005: "I couldn't see their faces very well - only their guns sticking into the doorway. I watched them shoot my grandfather, first in the chest and then in the head. Then they killed my granny." Ten years later the preferred killing method is the drone strike. According to human rights group Reprieve, well over a thousand people, many of them children, have been killed in Pakistan and Yemen during attempts to kill just 41 men. 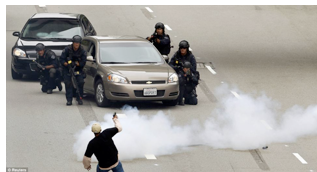 ● You may never be the same person again. Over a third of American troops returning from Iraq and Afghanistan have been diagnosed with some sort of mental disorders, more often than not the youngest soldiers, little more than children. Veterans are much more likely than other citizens to be unemployed, or, much worse, to commit suicide. And tens of thousands of homeless veterans are walking the streets.

The 'Freedom' Deception-War and 'freedom' have always been interconnected in American history. Abraham Lincoln spoke of the Civil War as "a new birth of freedom," World War II had FDR's "Four Freedoms" and the pro-war "Fight for Freedom Committee." The Cold War was waged to defend the "Free World." The Iraq War was labeled "Operation Iraqi Freedom." After 9/11 President George W. Bush told America: "Freedom itself is under attack...They hate our freedoms."

But the U.S. military, says a special report from the LA Times, "is gradually becoming a separate warrior class ... that is becoming increasingly distinct from the public it is charged with protecting."

Almost half of our 1.3 million active-duty troops come from just five states (California, Virginia, Texas, North Carolina and Georgia), and only a quarter of Americans admit to closely following news of war.

War does not bring freedom. It is an invitation to young men and women to begin a journey into their own personal worlds of terror.

(Paul Buchheit is a college teacher, an active member of US Uncut Chicago, founder and developer of social justice and educational websites UsAgainstGreed.org, PayUpNow.org, RappingHistory.org, and the editor and main author of "American Wars: Illusions and Realities".   He can be reached at [email protected]. This piece was posted first at CommonDreams.org)