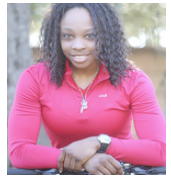 INSIDE INGLEWOOD-In April, Inglewood Mayor James T. Butts’s illegally interfered with an Inglewood police officer during a traffic stop of the mayor’s 29-year-old daughter, Ashley Melissa Butts (photo). The traffic stop, at which the elder Butts was not initially present, prompted an investigation revealing two prior arrests.

The mayor’s behavior resulted in his daughter not being issued a citation.

One arrest, a felony, was by the Long Beach Police Department but she was ultimately taken in by the Los Angeles Sheriff’s Department (LASD). The arrest took place on April 2 at approximately 4:30 p.m. Bail for the felony arrest was set at $25,000. The booking number was 3913711. She was released the following day at 4:30 a.m., presumably having made bail.

The other arrest, a misdemeanor, was also by Long Beach PD. Ashley was again handed over to LASD, and this time the booking number was 3986809. The date of this arrest was May 29 and the time was 3:20 p.m. Bail for the arrest was only slightly less at $20,000, and she was again released the following day, this time at 1:30 a.m.

Ashley Butts, a Long Beach resident, could not be reached for comment. James Butts did not respond to requests for comment via telephone and email.

(Randall Fleming is a veteran journalist and magazine publisher. He has worked at and for the New York Post, the Brooklyn Spectator and the Los Feliz Ledger. He is currently editor-in-chief at the Morningside Park Chronicle, a weekly newspaper based in Inglewood, CA and on-line at www.MorningsideParkChronicle.com.  Mr. Fleming’s views are his own and do not reflect the views of CityWatch.)