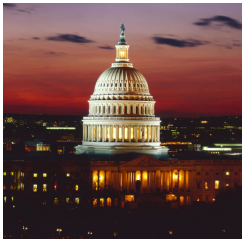 FALSE CLAIMS EXPOSED-In a last-ditch effort to scare lawmakers into preserving unpopular and much-abused surveillance authorities, the Senate Republican leadership and some intelligence officials are warning that allowing Section 215 of the Patriot Act to sunset would compromise national security.

(One particularly crass example from Senator Lindsey Graham: “Anyone who neuters this program is going to be partially responsible for the next attack.”)  Some media organizations have published these warnings without challenging them, which is unfortunate.

The claim that the expiration of Section 215 would deprive the government of necessary investigative tools or compromise national security is entirely without support.

First, there’s no evidence that the call-records program is effective in any meaningful sense of the word.   The Privacy and Civil Liberties Oversight Board, which reviewed classified files, “could not identify a single instance involving a threat to the United States in which the telephone records program made a concrete difference in the outcome of a counterterrorism investigation.”

The President’s Review Group, which also reviewed classified files, determined that the call-records program had “not [been] essential to preventing attacks,” and that, to the extent the program had contributed to terrorism investigations, the records in question “could readily have been obtained in a timely manner” using targeted demands.

Although government once made far grander claims to the FISA court, the strongest claim that leaders of the intelligence community now make in support of the call-records program is that it provides “peace of mind.”  Whatever this claim means—peace of mind to whom?—it’s not a claim that the program is necessary.

They certainly would have cited them to the Justice Department’s Inspector General, but a report by the Inspector General released this past week states that FBI personnel were “unable to identify any major case developments that resulted from use of the records obtained through use of Section 215 orders.”

FBI personnel didn’t say that collection under Section 215 had been entirely useless—they said it had been useful in corroborating information already in their possession, for example—but they certainly didn’t say, or even come close to saying, that the expiration of Section 215 would compromise national security.

This is because the government has many other tools that allow it to collect the same kinds of things that it can collect under Section 215.  It can use administrative subpoenas or grand jury subpoenas.   It can use pen registers.  It can use national security letters.  It can use orders served under the Electronic Communications Privacy Act.

If Section 215 sunsets, it can use the provision that Section 215 amended, which will allow it to collect business records of hotels, motels, car and truck rental agencies, and storage rental facilities.

Against this background, it’s not surprising the FBI Director reacted the way he did to a question about the possible sunset of Section 215.   “I don’t like losing any tool in our toolbox,” Comey said, “but if we do, we press on.”

(Jameel Jaffer, director of the National Security Project of the American Civil Liberties Unionis the author, with Amrit Singh, of "Administration of Torture: A Documentary Record from Washington to Abu Ghraib and Beyond. This piece was posted first at Just Security and most recently at Common Dreams)