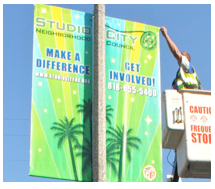 GELFAND’S WORLD-One reason the LA neighborhood council system is weirdly unpredictable is that we never know which people are eligible to vote in our elections or even how many potential voters actually exist. It's not just an accounting error. It's literally impossible to know, because the eligibility rules are hopelessly vague. We are now in a position to fix the problem, but it will require some wise choices by a city commission that has not always been the embodiment of wisdom.

Here is the first part of the eligibility rule. You can vote and participate in any neighborhood council where you either live, work, or own property. Yes, that means you can participate in more than one council. I can remember a fire captain who served on 3 different neighborhood council boards at the same time, based on the fact that he was in charge of fire stations in all 3 districts. I would have written the eligibility rule differently had I been on the Charter Commission. I would have limited eligibility to residency, and that fireman would have been limited to serving on a board where he actually lived.

Here is what a CIS is: a person who affirms a substantial and ongoing participation within the neighborhood council's boundaries and who may be in a community organization such as, but not limited to, educational, non-profit and/or religious organizations.

In other words, you can be a stakeholder in a neighborhood council that you don't live in, but only if you really, truly, cross your heart, care about the district in some tangible way. You demonstrate this relationship with the district by having that substantial and ongoing participation.

Participation. What is it that you have to participate in to gain stakeholder status? That is of course the crux of the matter. The City Council offered  broad examples such as education, and then neglected to define limits. When I first saw this new rule, it seemed like it was no better than the old definition that it replaced. (For those of you whose curiosity is overwhelming, here is the part that was replaced:  "any individual who declares a stake in the neighborhood and affirms the factual basis for it")

But perhaps I was wrong, because it is becoming apparent that in the CIS language, the City Council meant to sketch out a general principle that would be clarified at a later time by an appointed city agency. The idea is to confer limits on the CIS definition so as to make a well defined set of rules that will function in a legally defensible way. Under the city Charter, the organization properly tasked to do this job is the city's Board of Neighborhood Commissioners (BONC).

So if the BONC gets on board, we have a chance to fix a system that has been broken for its entire history. The BONC can fill in the blanks in the CIS language so that we can finally know for sure whether someone is a voter or not, and therefore we will finally know that our elections are honest and fair. This depends on the fact that outside groups can no longer bring in a couple of bus loads of people who qualify under the new modification of the factual basis stakeholder rule.

There's one more introductory item that we have to get out of the way before I offer advice to the BONC.

Back in the days of the Factual Basis Stakeholder definition (see above), someone raised the following question: Suppose somebody doesn't live in your neighborhood council district, but stops at the Starbucks in your district each day on the way to work and buys a cup of coffee. Does that person have enough of a relationship to your district to be afforded stakeholder status?

I know, it sounds idiotic. How could being a serial coffee purchaser entitle anybody to neighborhood council stakeholder status? But in the initial going, it was determined that presenting a receipt from a coffee shop was enough to confer voting rights. Presenting a receipt from a grocery store or other commercial establishment accomplished the same thing. You didn't even need to buy that coffee in advance. Doing it on the day of the neighborhood council election was enough.

The problem with this kind of a system is that an outside group can take over a neighborhood council board, and they can do that by asking their friends and relatives to buy that cup of coffee and vote in your election. It has happened on more than one occasion.

Complaints to the City Council about those electoral takeovers actually got some results. The factual basis stakeholder language was removed, and the CIS definition was inserted.

The big difference is that the CIS specifies a substantial and ongoing participation in the district. The current understanding is that the City Council intended that the BONC create specific policy as to how this language should be interpreted. This is consistent with the city Charter language that gives the BONC the authority to create policy with regard to the neighborhood council system.

So it's now up to the BONC to consider the whole question carefully and to come up with a policy proposal. I have a couple of modest suggestions.

The basis of the following recommendations developed in a conversation I had with a couple of highly placed city officials the other day. It began with the question about how to get rid of the Starbucks Stakeholder and continued with the following question: "Suppose somebody buys a car from a dealership within your district every couple of years. Does that confer stakeholder status on the buyer?"

It's not just a fantasy question. It came up as a real world topic because one shop owner would like the shop's regular customers to vote for him in the next neighborhood council election.

I would argue that we would be best advised to avoid these kinds of eligibility criteria, else the whole idea of the neighborhood council system would lose its meaning.

So I therefore offer the following principle as the first element of any policy that BONC might choose to adopt:

The act of purchasing goods or services within a neighborhood council district does not confer stakeholder status under the Community Interest Stakeholder provision.

Such purchases should be rejected as conferring CIS eligibility even if they are ongoing, because they are not substantial enough to suit the intent of the ordinance. You can drink coffee every day of the year, but it doesn't make you a stakeholder in that neighborhood council district.

I would say that the answer should be no. Again, the substantiality test is failed. Renting a postal box is not residence, and it is not participation.

The BONC should deal with this and similar questions by writing a policy description. It will probably involve defining a list of positive attributes for a CIS organization and requiring that at least one be fulfilled.

For example, an educational or religious organization that has a physical presence within the district such as an office or a headquarters building would thereby demonstrate the substantial participation that would confer stakeholder status. Perhaps offering an alternative, such as holding meetings within the district, would confer stakeholder status on those who attended in an ongoing way.

That raises one more question that came up in our discussion the other day. How long do you have to participate to make that participation ongoing?

I think it's a serious question that ought to be treated to a specific answer. Here are my thoughts:

The Supreme Court once considered the question of how long in advance a state can require you to register to vote in order to cast a ballot in the next election. The court created a rule that you must be provided eligibility to vote as long as you register at least 30 days before the election. This is not truly related to the legal definition of ongoing that we need to consider, but at least it provides one example of a  decision as to a defined waiting time. I would therefore place 30 days as an irreducible minimum time for the BONC to consider in its definition of ongoing.

At the distal end, I would consider 6 months of participation to be ongoing for sure. If you join an organization and go to monthly meetings for 6 months (with possibly a missed meeting along the way), then you have demonstrated that you have ongoing participation.

In our conversation, I suggested that we might arbitrarily split the difference and establish a period of 120 days as the definition for ongoing participation. I don't see how most reasonable people would oppose that suggestion.

There are probably lots of scenarios that people will want to flesh out should the BONC take up this question. Does dues paying membership in a beach club or its urban equivalent fulfill the substantiality requirement? I have serious concerns about this idea, simply because of the danger that a 2000 member organization could ask its entire membership to vote for a particular slate in a neighborhood council election. This question is going to take some deep discussion.

Perhaps the guiding principle should be centered on the words community interest. Organizations that are essentially drinking and dining clubs would fall under the category of service providers, and therefore fail to convey stakeholder status under the Starbucks Stakeholder rule described above.

We should look forward to a serious debate among BONC commissioners and the public. We have a right to have well defined rules for voter eligibility and stakeholder status, and this is the best chance we have to achieve that goal.