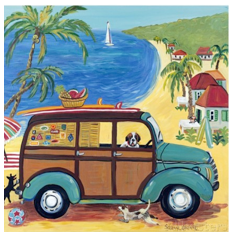 WHO WE ARE-The Golden State has historically led the United States and the world in technology, quality of life, social innovation, entertainment, and public policy. But in recent decades its lead has ebbed. The reasons for this are various. But there is one area of decay whose story is a parable for California’s other plights—that area is infrastructure.

California’s infrastructure, like California, has had a golden past full of larger-than-life personalities and heroic deeds. But in recent decades the state has lost its innovative edge, resting on the laurels of its past successes without adequately preparing for any such bold endeavors in the future.

California’s infrastructure imperative, then, is this: to accomplish bold, ambitious projects that promise a transformed and vibrant future for California, yet are still practical and sensible, and have proven viability.

Should California manage to get its act together and embark upon a course of infrastructure renewal, it will be taking one of several steps necessary to transform itself into an opportunity society again. Systemic reforms beyond infrastructure will be necessary to renew Californian society and lower the cost of living, raise the quality of life, and create opportunities for entrepreneurs and middle-class families. But infrastructure is a fantastic place to start.

Aside from basic infrastructure renewal like fixing up roads and bridges, expanding our water storage capacity, and reforming public policy and internet regulation to provide a world-class infostructure, there are three main physical infrastructure projects California should be focusing on to bring the state forward into the 21st Century. These are driverless car networks, a new nuclear energy grid, and an archipelago of desalination plants.

The current strategy for the future of California’s transportation system is wildly unrealistic. Passenger rail is simply too ineffective to justify building an expensive new High Speed Rail system that wouldn’t even be able to pay for itself. Commuter rail usage rates have been on the decline. A better way forward would be to embrace the power of computerization in the transport sector, and put our population on a path towards using self-driving cars.

The benefits of a driverless car network are numerous. They include greater safety, optimized traffic flow, reduced congestion, higher productivity, and cheaper, more effective travel for those unable to afford a car. The possibilities are endless. Already a test range at the University of Michigan is exploring what a driverless car system would look like. One could expect such a system to seriously reduce traffic congestion, improve transport speeds, conserve energy, nearly eliminate accidents, increase worker productivity, and generally revolutionize driving.

So how could California go about transitioning to a driverless car system? In the short run, there wouldn’t be much in the way of new construction to worry about. It’s mostly a question of technological investment and regulatory reform.

First, the state of California should partner with major universities and tech firms currently working on driverless car systems, and fund research and innovation projects geared towards enhancing the vehicles. 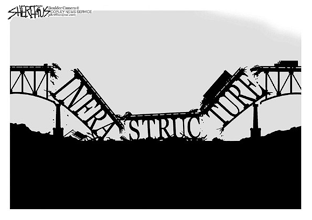 Once driverless cars are tested, California should work to lower the barriers to their deployment. This might include reforming insurance and licensing laws, to make it easier for people to purchase one. It would also help to offer incentives for middle-class individuals to purchase these new vehicles, too, such as tax deductions.

As with all public goods and services, government policy towards transportation ought to be designed with providing the widest array of convenient options for consumers, rather than forcing people into a single system or expecting them to use costly, uneconomical, heavily subsidized services. The call for a driverless car system is not to rid the roads of traditional vehicles. Nor is this a call to abandon rail or buses or cease investing in bike paths and walkways. This plan, rather, would seek to make one particularly middle-class-convenient option more available.

The next area California should focus on is its energy generation system, through a new nuclear generator fleet. Currently California generates energy with a combination of coal, oil, natural gas, and renewable power. Governor Brown has launched ambitious initiatives to have as much as 50% of the state’s electricity generated by renewables within a few decades (which doesn’t do anything to make energy cheaper for working and middle-class citizens and families, much less businesses.)

Meanwhile the state’s use of fossil fuels for energy generation for backup continues to grow as unstable renewable energy sources go online.

We need an ambitious energy infrastructure plan if we are to both provide cheap, readily-available energy to the masses of California’s citizens (and thus provide them with a lower cost of living and higher quality of life) and to continue the state’s commitment to combatting climate change.

Incidentally, there is a way to achieve both of these goals, while growing the state’s economy at the same time. California should open its fossil fuel fields to exploitation, levy a carbon tax on the profits, and use that revenue from the carbon tax to fund an ambitious nuclear program that could generate a majority of the state’s electricity within a few decades.

California’s antipathy toward fossil fuels has led it to impose onerous regulations that hurt growth and provide little environmental reward; the deposits of oil and gas off the coast and in the interior have been made even more accessible by the fracking revolution, and if it wanted to, California could become an energy giant. So California could open its fields for drilling, fighting off regulations and lawsuits by various anti-oil interest groups, and begin reaping huge revenues through the imposition of a light carbon tax.

This light carbon tax would go towards funding research in advanced nuclear energy, and towards a fund for establishing a fleet of a dozen or so advanced nuclear plants across the state. This would signify California’s continued commitment to reducing carbon emissions and adopting advanced energy.

These new nuclear reactors are not the hulking behemoths of Three Mile Island. Some new reactors have been designed to be as small as a car and power a small city. They are extremely safe. And, far more importantly, nuclear energy is the gift that keeps on giving. In civilizational terms, nuclear energy can power our society forever. And it provides far more bang for the buck than solar or wind, the current green fetish power sources.

Finally, California seriously needs to confront the water scarcity challenge that has perennially afflicted it throughout its history, and seek a permanent solution for providing cheap and plentiful water to the residents of this parched coastal strip. Desalination is the best way to secure that.

We are currently in the midst of what appears to be the worst drought California has faced in its entire history as a state, and this does not bode well for the future growth of California. Adequate water is one of those resources that every civilization has depended on. Although California is not literally “down to one year of water” as a recent LA Times article misleadingly claims, we are in a shortage that is economically catastrophic, environmentally devastating, and entirely unnecessary- for it is man-made. Better water policy in past years, allowing Californians to use more of their river water, could have staved it off, as could better storage infrastructure construction. But these projects and policies were never put in place to the degree necessary to stop this drought from happening.

Rationing and conservation may indeed be the short-term solution, but we need to look to a longer-term solution- and buying more water from other states doesn’t solve the problem.

Many arid coastal countries – including Australia, Israel, and some of the Persian Gulf states – use desalination plants to water their burgeoning populations, and it is something of a miracle that Southern California has gotten by without such systems. We have a long coastline on which we could build numerous desalination plants, powered by the aforementioned fleet of nuclear reactors.

This system could more than satisfy the needs of California residents, farmers, and industries, while simultaneously reducing the pressure on our streams, rivers, and reservoirs.  It would be incredibly capital-intensive and costly, and would perhaps lead to some unforeseen environmental consequences. But it is a better water policy than what we are doing now.

This infrastructure program would likely require budget, tax and regulatory reform, as well as the broad support of the majority of Californians. It would represent a reasonable response to the now excessive power of the environmental lobby.

But more than fiscal reform and public support, it would require a newfound political moxie in both the private sector and the public sector. We need a new generation of visionary William Mullhollands, Henry Huntingtons,  and Pat Browns to pursue these and other reforms to turn our Golden State golden again.

Can it be done? With some political maneuvering and engineering ingenuity, sure.

Will it be done? That’s a choice that our next generation of political leaders will have to make for themselves.

(Luke Phillips is a student studying International Relations at the University of Southern California. He is an editorial intern for the magazine The American Interest and a research associate at the Center for Opportunity Urbanism. This piece was posted earlier at the excellent and thought provoking New Geography.  edited by Joel Kotkin.)