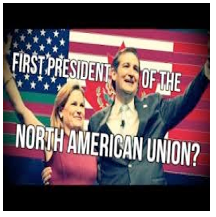 LEANING RIGHT-As Ted Cruz tosses his hat into the presidential arena, other hopeful candidates sit back and watch, waiting to see how this Tea Party favorite and strong conservative fairs in the press and polls. He has never been one to pull punches or run from a fight, and that suits conservatives just fine.

Many of his supporters, like me, stayed up through the night with him on September 24, 2013 tweeting….” #Make DCListen … during his Obamacare filibuster, because we believed that he could deliver the message we so desperately hoped would change the tide.  But it didn’t. No thanks to Boehner.

We still got Obamacare, amnesty, and dozens of executive orders that destroyed the American fabric line by line. Half of America applauded Obama, half applauded Ted Cruz. It was very intense for the new congressman who found himself at odds with the established Republicans.

But that suited his “supporters”. The last thing they wanted to see was compromise from him.

True conservatives were desperate for leadership, and Ted was a leader among leaders, even if they tried to silent the young freshman.