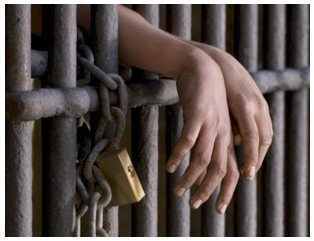 CALIFORNIA EXPOSE-When New York rapper Jay-Z played the Rose Bowl last summer, he surprised 90,000 concertgoers by making a political statement. Before launching into his hit “Hard Knock Life (Ghetto Anthem),” he urged fans to vote for a California ballot initiative that would dramatically reduce the state’s prison population and re-direct money into education and treatment programs.

A few weeks later, two other public figures delivered a similar rap, albeit in a different forum. In a Los Angeles Times op-edpiece, Newt Gingrich, the Republican politician, and B. Wayne Hughes Jr., a conservative Christian businessman, similarly urged Californians to end bloated spending on prisons and reverse tough-on-crime policies that they say have failed to significantly improve public safety. Among other things, Gingrich and Hughes pointed out that California now spends $62,396 per prisoner each year, and $9,200 per K-12 student.

The unusual alliance between progressives like Jay-Z and conservatives such as Gingrich comes as Californians are set to go to the polls November 4 to vote on Proposition 47, a ballot initiative that would re-classify several low-level nonviolent crimes such as drug possession and most theft involving less than $950 from felonies to misdemeanors.

The vote will occur two decades after Californians passed a landmark tough-on-crime three-strikes law, which sentenced three-time felons to 25-years-to-life prison sentences, even if the third felony was for drug possession or a minor theft.

The United States has the highest incarceration rate of all industrialized countries, counting more than 700 prisoners for every 100,000 people.  The U.S. Bureau of Justice Statistics reports that 30 percent of African-American males aged 20 to 29 are “under correctional supervision” — either in jail or prison, or on probation or parole. While a 16-year-old black teenager faces a 29 percent chance of spending time in prison during his life, the corresponding statistic for white men in the same age group is four percent.

Because our incarceration rates are especially high among young and vocationally unskilled boys and men of color (people who have the least power in the American labor market), the trend exacerbates racial and socioeconomic inequality.  Prison sentences have detrimental and lasting effects on the job prospects of ex-offenders.  The negative labor market effects of youth incarceration can last for more than a decade, and adult incarceration reduces paid employment by five to 10 weeks annually. Regardless of individual intelligence or ambition, a young man with a felony record faces enormous challenges in getting a good-paying job and leaving poverty.

“The tough-on-crime era led to a dramatic expansion of prison building — propped up by the myth about how to protect communities,” says Lenore Anderson, who is chair of the ballot committee of Californians for Safe Neighborhoods and Schools, the group spearheading the fight for Proposition 47.  “Tough on crime is a failure.”

“Investing in treatment rather than throwing large amounts into mass incarceration is a smarter way of using public dollars,” says Barry Krisberg, a Senior Fellow at the University of California, Berkeley Law School. “Down the road it will further reduce crime rates in California.”

If Proposition 47 passes, thousands of people now incarcerated in California prisons would have their sentences reduced. The estimated savings to the state criminal justice system “could reach the low hundreds of millions of dollars annually,” according to the Legislative Analyst’s Office, with the savings re-directed to truancy and dropout prevention, mental health and substance abuse treatment, and victim services. In addition, counties across California could save several hundred million dollars each year.

Meanwhile, states across the country are re-examining tough-on-crime and mass incarceration policies.

Supporters of the initiative, including Carol Chodroff, a Los Angeles attorney and veteran juvenile justice advocate, say that mass incarceration policies such as California’s have diverted millions that could have been better spent on treatment and education programs and have resulted in harm and injustice to thousands of people, with a disproportionate effect on African-American and Latino groups.

“For too long, we have been throwing money away and wasting law enforcement resources by sweeping too many people – particularly young people in poor communities of color – into the criminal justice system for low-level, non-violent offenses, like simple drug possession and petty theft,” says Chodroff, a former staff counsel to the U.S. House of Representatives Committee on the Judiciary.

“Our penchant towards mass incarceration, and our corresponding failure to address or prevent the underlying causes of crime and delinquency, has had a destructive impact on neighborhoods, families and children across the state,” she says. “This misguided approach has contributed to widening racial and ethnic disparities in our juvenile and criminal justice systems; it is stunningly expensive and it doesn’t work.”

Among other things, Zimmerman says that if the ballot measure passes, stealing a gun worth less than $950 and possessing a date-rape drug will no longer be clearly tried as felonies. “This will undermine laws against sexual assault,” she says. And, she adds, “What message are we sending – that it’s okay to steal a gun if it’s less than $950?”

Anderson of Californians for Safe Neighborhoods and Schools disputes those views. A former San Francisco assistant district attorney, Anderson says that California has the strongest guns laws in the nation. “There are many ways in the penal code that anything relating to guns can be charged as a felony — as it should be,” she says.

She adds that the date rape scenario is also not true. “Using any substance to facilitate sexual assault is a felony. This initiative does not change that at all. This is just fear-mongering at its worst.”

In addition to Zimmerman, opponents of Proposition 47 include Democratic U.S. Senator Diane Feinstein, who said in an October opinion piece published in the Los Angeles Daily News that the measure will make California less safe. The measure is also opposed by numerous police and other law-enforcement officials and organizations, including the California Police Chiefs Association and the California District Attorneys Association, as well as the California Republican Party.

The current effort comes as California has been ordered by federal courts to reduce its prison population and after repeated attempts to pass sentencing reforms have failed in the state legislature. Says U.C. Berkeley’s Krisberg, who has written about sentencing policy and was appointed by the legislature to serve on the California Blue Ribbon Commission on Inmate Population Management:

“California is still struggling with a huge and troubled prison system, and the legislature and governor have been essentially incapable of supporting significant sentencing reforms. An initiative is the only way to go.”

Krisberg says he believes that “the chance of passage is extremely good,” for Proposition 47, partly because the initiative has the support of the general public and people and groups at different ends of the political spectrum.

“You have a confluence of libertarian conservatives who think government is wasting money and progressives who think the current system is overly harsh,” he says. Then, he adds, “I never thought I’d see the day when anything would be supported by both the rapper Jay-Z and by Newt Gingrich.”

(Gary Cohn is a Pulitzer Prize-winning journalist who has worked for the Los Angeles Times, Baltimore Sun and Philadelphia Inquirer. This piece was posted first at capitalandmain.com)