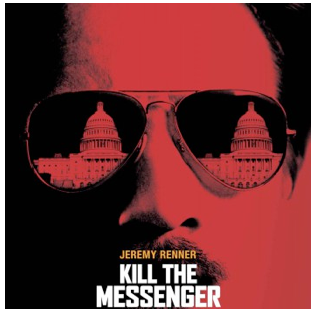 DON’T KILL THE MESSENGER-In the almost 35 years that I have been publishing this newspaper for our community, there’s one question I’ve always had to navigate: How much of what we know do we actually print?

As you can probably guess, we are told much more than we ever use and we face the consequences of printing the truth as we know it. Our story on the Pacific Battleship Center, the nonprofit organization charged with operating the USS Iowa naval museum, is a case in point.

Some may take exception to us reporting on the problems of this important naval monument  and the non-profit that manages it. Regardless of the perceived impact of our reporting, the intent is not personal. Our hope is that with our reporting we can get the best out of our cultural assets.

This newspaper has long defended workers on the waterfront. We believe that the allegations of mistreatment of both volunteers and workers at the Pacific Battleship Center should be treated with no less scrutiny than the workers at the TraPac terminal–workers who despite millions of dollars invested in automation still do not work in a safer workplace.

I take quite seriously our role in reporting on what we discover in our harbor area community. As I see it, my staff and I have a duty to deliver to you, our readers, what is not revealed by other less courageous entities.

The Port of Los Angeles is not going to tell you about the ongoing troubles at TraPac with the numerous accidents related to automation nor will the Port of Long Beach be issuing a glowing press release about their new automated terminal with its reported electrical problems either.  And, unless forced, these ports will not be revealing anything but the positive spin via their public relations departments. It’s just not the job they were hired to do.

Subsequent to my previous editorial on the troubles brewing at TraPac, I have learned that the  Pacific Maritime Association, the group that negotiates with the Longshore Union, has walked away from the bargaining table in San Francisco on the 2014 coastwise contract. This with the understanding that until the TraPac terminal issues are resolved, no further progress on the long awaited contract will move forward.

Reportedly,  Mayor Garcetti’s office along with POLA representatives and the leaders of ILWU locals 13, 64 and 94 have all been in secretive closed door discussions on the work-safety issues of the new technologies and the threat of this impasse causing a major showdown could close this port or perhaps all West Coast ports to a labor showdown not unlike the lockout in 2002. You may recall this event idled our ports for more than 120 days and cost billions of dollars in lost wages and revenues to the shipping companies.

I cannot say what role our newspaper had in alerting both the mayor and the Port to this upcoming crisis, but as of the night before we published, Cynthia Ruiz, POLA’s director of external affairs had no knowledge of the rising conflict. She told me that I seemed to know more than they did about it.

Within three days of our posting this issue online, there were some 5,000 readers who took note of it.

I use this example only to highlight the role that we have in informing and engaging the community (both near and far) and its representatives of critical issues that might otherwise be ignored until something exploded.

We have heard and seen reports that Pacific Battleship Center’s executive staff were beginning to resolve the issues since at least August. Even Patrick Salazar, our main source for the first “Trouble on the Iowa” story who submitted a letter to the editor this past week said as much, writing, “I have learned recently of many changes are in progress at the Pacific Battleship Center… I am confident that these changes will enable the leadership team to address and resolve the critical issues.”

We don’t know how much progress the Pacific Battleship Center has made in resolving its issues with labor and other matters. But the question we have to ask is, “Without this reporting, would these issues been swept under the carpet?” I cannot say for certain. But what I do know for certain, from past experience, is that when we have not stepped up to the plate of honest journalism, the community and the non-profits involved have suffered more than if the truth were told. 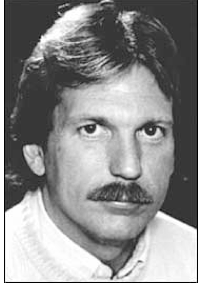 The cautionary tale about printing the truth to power will soon be coming to the big screen with the movie “Kill the Messenger,” which tells the story of journalist Gary Webb (photo) and his 1993, expose, in the San Jose Mercury News, about the CIA’s involvement with the Contra’s importing of crack cocaine into South Central Los Angeles during the Reagan-Bush years.

Soon after these stories appeared he was personally attacked and condemned on the front pages of our nation’s largest newspapers for his “bad reporting” and he was subsequently discredited and removed from this line of reporting. The Mercury News and its publisher cowardly printed a front page retraction or apology for the allegations.

Only a few years later did the CIA meekly admit in a press release that in fact the agency had full knowledge of this part of the Iran-Contra scandal, ostensibly verifying that Gary Webb had gotten the story right. And for this, he was punished by the corporate publishing establishment as they cooperated in the cover up of this illegal action.

Webb, like many other journalists who work in the trenches all know the risks at stake in speaking truth-to-power and yet in their hearts believe deeply that there is something fundamentally liberating in telling it.

So when you are honoring our heroes on the coming veterans day or recognizing our courageous civil rights leaders do remember the courage of those who speak truth to power in journalism, they too are defenders of our democracy.

And it is my aspiration, that in some small way this is what we, at this newspaper, contribute to this community, at this time, for no less noble intentions.  In other words, don’t kill the messenger just because you don’t like the message. We might just be telling you something really important.

(James Preston Allen is the Publisher of Random Lengths News, the Los Angeles Harbor Area's only independent newspaper. He is also a guest columnist for the California Courts Monitor and is the author of "Silence Is Not Democracy- Don't listen to that man with the white cap on he might say something that you agree with!" He was elected to the presidency of the Central San Pedro Neighborhood Council in 2014 and been engaged in the civic affairs of CD 15 for more than 35 years. More of Allen … and other views and news at: randomlengthsnews.com where this column was first posted.)