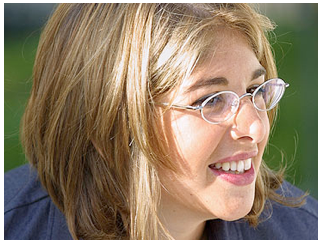 EDUCATION POLITICS-In her new book, This Changes Everything: Capitalism vs the Climate, Naomi Klein (photo) discerns an irresolvable conflict of diametrically opposed interests. She characterizes capitalism as a driving force that fuels global warming with its inherent economic imperative for “…continuous growth and continuous depletion of resources, including finite resources“.

And she notes the zeitgeist of a striking future where “…it’s just a more brutally cleaved world between haves and have-nots than the one we have now.”

She notes “… [i]t’s actually not controversial to say this is where we are headed [e.g. "Snowpiercer, Elysium or The Hunger Games"]. The question is, can we imagine another way of responding to crisis other than one of deepening inequality, brutal disaster capitalism and mangled techno-fixes…”?

This is the spot-on same conflict that underlies the Education ®eform Movement [sic, with a tip-of-the-hat to PTSA representative Scott Folsom who writes 4lakids.blogspot.com]. It is personified here in LA by our own Eli Broad-indemnified superintendent Deasy, and played out through his man’s never-bally-hooed, de facto “tenure“. This school district and its administration – meaning superintendent and school board in concert — has championed one systematic, serial descent into “deeping inequality, brutal disaster capitalism and mangled techno-fixes”.

Let’s start with the middle one, “brutal disaster capitalism”. The situation of teachers and the effort to strip them of labor rights and professional dignity is unconscionable. As collateral damage of Ed®eform, the underlying theme of union busting floats all along the surface of this LATimes editorial. Revealed is an essential confusion between “protection” and “advocacy”. The distinction is wholly explained by which side of the labour table you occupy. The LATimes is in the business of boosting disaster capitalism and its incumbent race to the bottom for all but the 1%.

The middle condition is considered here first because while it is essential to the capitalists calling the shots in this game of ®eform, it is not, at the end of the day, the catastrophy our school kids must absorb most directly. That distinction relates to the “deepening inequality” developing inexorably by the suite of policies in combination fomented, forced and defended by both elected and appointed school leaders. School “choice” and the simultaneous destruction of public schools and elevation of private charters, has led to the most insidious and deeply rooted societal re-segregation ever.

Considering the persistence of social inequity in the wake of coerced slavery and colonialism, it is chilling to consider the intransigence that non-coerced segregation may effect.

Finally, consider the mangled “technofixes”. Mindful that “to err is human but to really foul things up you need a computer“, consider that John Deasy’s implementation of the MiSiS computer system has brought LAUSD’s superstructure to its knees. The fallout from this mess has not been fully revealed as attendance and student counts tied to staffing have not yet been tallied. The scope of this structural failure and its attendant technological initiative to mpad all district students, staff and empty closets, is truly spectacular. And yet, he who is responsible for it has yet to be held accountable.

It is incumbent upon our school board to “imagine another way of responding to crisis” that does not excuse and empower these failures. We ought all to agree there is nothing more important than harnessing education efficiently “for the children”.

But it is beyond academic agreement that our school board must reach; they must ensure effectiveness in reality. Ensuring a smooth and timely succession following failure is not only imperative, but it is incumbent on all incumbent candidates wishing to survive incumbency and emerge elected in LAUSD’s future.