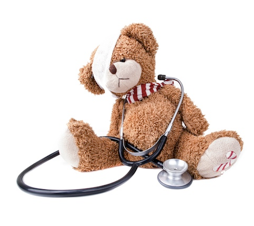 TRUTHDIG-Spurred by their shared concern that vaccinating their children will do more harm than good, parents in Los Angeles who have taken an anti-vaccination stance—“anti-vaxxers,” as those among their ranks are called—could be putting more than their own kids’ health at risk.

According to an article posted last week by The Hollywood Reporter, children from some of the more affluent parts of LA are recycling a trend that nobody wants to revisit: whooping cough.

THR’s investigation found that 72 cases of pertussis (whooping cough’s official name) have been treated at Children’s Hospital Los Angeles this year, and unfortunately, whooping cough isn’t the only disease making a comeback—measles are also on the rise.

Whether it’s measles or pertussis, the local children statistically at the greatest risk for infection aren’t, as one might imagine, the least privileged — far from it.

An examination by The Hollywood Reporter of immunization records submitted to the state by educational facilities suggests that wealthy Westside kids — particularly those attending exclusive, entertainment-industry-favored child care centers, preschools and kindergartens — are far more likely to get sick (and potentially infect their siblings and playmates) than other kids in LA.

The reason is at once painfully simple and utterly complex: More parents in this demographic are choosing not to vaccinate their children as medical experts advise. They express their noncompliance by submitting a form known as a personal belief exemption (PBE) instead of paperwork documenting a completed shot schedule.

The number of PBEs being filed is scary. The region stretching from Malibu south to Marina del Rey and inland as far as La Cienega Boulevard (and including Santa Monica, Pacific Palisades, Brentwood, West Hollywood and Beverly Hills) averaged a 9.1 percent PBE level among preschoolers for the 2013-14 school year — a 26 percent jump from two years earlier.

By comparison, LA County at large measured 2.2 percent in that period. Many preschools in this area spiked far higher, including Kabbalah Children’s Academy in Beverly Hills (57 percent) and the Waldorf Early Childhood Center in Santa Monica (68 percent).

According to World Health Organization data, such numbers are in line with immunization rates in developing countries like Chad and South Sudan. These two schools aren’t outliers; dozens more — including Seven Arrows, Turning Point and Calvary Christian — report PBE levels that are five times the county average. And THR has found that administrators at many of these facilities are hardly alarmed.

Although an entertainment industry trade publication may seem, at first glance, like an improbable source for a graphically enhanced, in-depth investigative health report, Hollywood culture plays a considerable role in this particular petri dish of issues.

“Anti-vaxxer” celebrities, Jenny McCarthy figuring most prominently among them in the last decade, have recently and vocally influenced the national discourse on the topic, linking “vaccination” with “autism” and other negative associations.

This problem would be somewhat containable, as it were, if vaccination represented an exclusively personal choice. Unfortunately, due to a kind of critical mass phenomenon called “herd immunity,” the risk of infection among the extended unvaccinated population rises when the overall percentage of immunized members in a community lowers.

The result, as THR’s Gary Baum sees it, is that “a very real and preventable health crisis could explode in our backyard”—and he’s not referring to Ebola.

(Kasia Anderson posts at truthdig.com … where this piece was first published.)