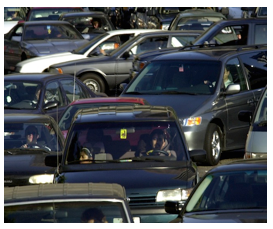 AT LENGTH-These days, even sitting at your computer can leave you drenched with sweat.

It is exactly at times like these that I wonder why we have not lined our streets with a forest of shade giving trees, open public pools at many of our city parks, or finally renovate and open the Gaffey Street pool to give relief for neighborhood children.

The long and the short explanation of these longings is that we have hobbled ourselves with our philanthropic donation mentality and short term fixes in response to budget deficits. We also suffer from lack of a grand vision of what we can expect living in one of the largest cities in the world. After all, we are all a part of this sprawling city and region known as Los Angeles.

Our own “village mentality” restricts us from envisioning a more sustainable, economically secure and livable city. And, government officials continually reminds us that the city or the state lack the resources for this or that project. Meanwhile, other government entities spends a half billion dollars on a single new courthouse or fritter away hundreds of millions on dysfunctional software programs.

And, don’t let us want to promote the arts, improve a park or, God forbid, help the homeless.  Nonprofit organizations of varying degrees of competence would be relegated to pandering and begging for increasing meager amounts of money from governments, philanthropic foundations, and corporations — corporations that should be paying a larger percentage of their profits in taxes but aren’t.

So this week, while I was sitting shirtless wondering where the afternoon breeze from Point Fermin had gone, I turned on the Ken Burns PBS documentary on the Roosevelts. It wasn't a relief from the humidity or the heat, but it did make me wonder where all of the big ideas that shaped the past century of this nation have gone?

President Teddy Roosevelt, by executive order, created some 42 national parks and forests, forced the food and drug industries into regulated compliance with the creation of the Food and Drug Act. He enforced the anti-trust laws against monopolies that were rigging the pricing of goods and services and then took on one of the biggest longest-view enterprises ever imagined–building the Panama Canal. Whatever, one may think of Teddy Roosevelt “the imperialist,” he can’t be criticized for thinking too small or being too meek. He was a man of big ideas.

This, of course, is only a prelude to discussing the accomplishments of his cousin Franklin Roosevelt who followed in his footsteps to becoming the second most influential president of the 20th century.

So much of what we've come to expect as citizens of this nation was the result of Franklin’s greater vision of government's role in the economic and social life of the national. Think Social Security or unemployment insurance. His vision was not completed.

The unintended result of this Roosevelts documentary, leaves the questions: Where are today’s great nation-changing ideas? Where are today’s visionary leaders with the boldness to lead beyond the shortsightedness of deficit excuses and bitter partisan conflict?

Clearly, in the cities of Los Angeles and Long Beach, where partisanship is not the issue, the leadership is shackled by deficit explanations. In other times, under far more economically stressful conditions, great leaders launched heroic game changing initiatives.

Today, we just argue over increasing the minimum wage and allowing marriages for same-sex couples.  The City of Los Angeles even has trouble planting the remainder of the million street trees promised a decade ago.

The City of Los Angeles needs to rise to the occasion and lead beyond its limitations with great ideas. Band-aid approaches to easing traffic congestion such as road-diets and the Mayor’s Great Street initiatives does not solve the greater problem.  Los Angeles is disconnected from itself and only has become more so, as traffic congestion leaves and ever growing number of people stuck on the freeways on any given day.

1)    Reconnect every part of this city by functional light rail

2)    and build a publicly owned, high-speed wireless Internet access for the entire city of Los Angeles at an affordable rate for everyone.

Tell me if I'm wrong, but if you give people convenient alternatives to driving, whether by rail or telecommuting, via hi-speed Internet, wouldn't a very large number of you choose to park your car on a tree shaded street, rather than sweat in traffic on our ever-increasing congested freeways?

(James Preston Allen is the Publisher of Random Lengths News, the Los Angeles Harbor Area's only independent newspaper. He is also a guest columnist for the California Courts Monitor and is the author of "Silence Is Not Democracy- Don't listen to that man with the white cap on he might say something that you agree with!" He was elected to the presidency of the Central San Pedro Neighborhood Council in 2014 and been engaged in the civic affairs of CD 15 for more than 35 years. More of Allen … and other views and news at: randomlengthsnews.com where this column was first posted.)