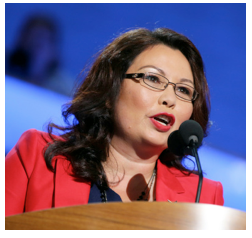 DIVERSITY POLITICS-Politically speaking, the high level of social acceptance and privilege that comes with being Asian-American is ultimately dangerous because it sets up a false notion of who we really are.

For starters, we are not white.

The word "minority" and the entire concept of "modeling" is in itself disempowering and diminishing.

Enjoying white privilege does not make us "white" politically, and we need to start embracing the difference.

Sure, in school, many Asian Americans perform better than, or as well as, our white counterparts.

Economically, Asian-American's enjoy the highest median household income ($66,000/year) of any other ethnic group. And a high degree of social privilege comes with being seen as the "model minority," the ultimate backhanded compliment because it rewards us for blending into the woodwork, not "causing trouble" and "working hard," as if other people don't work hard, too.

By being perceived as "staying in line," institutions and structures accept us, but it means we accept them and agree to play by the rules of a game we can never win.

Here's what I mean: While Asian-Americans are only 5 percent of the population, 16 percent of Ivy League college grads identify as Asian or Asian-American, and 35 percent of students at top schools, like MIT and Stanford, identify as such. Yet, in 2011, Asians headed just nine Fortune 500 companies, less than 2 percent.

No sitting cabinet member is Asian-American nor are any Supreme Court justices. Only 1.5 percent of college and university presidents are Asian-Americans, according to a 2012 diversity report from the American Council on Education. We are invited to the table, but we rarely sit at the head of it.

And, I get why the easy path is to just try to fit in. A recent study found that women and people of color are penalized for trying to foster a diverse working environment.

The study looked at how women and people of color who valued diversity fared with their bosses; in short, not well.

In contrast, women executives and people of color received negative evaluations when they were seen as promoting or valuing diversity. Study authors suggest people of color and women may be better off, "acting as tokens" and not pushing diversity. In other words, pull up that ladder behind you.

But, we must reject these ideals. There is no use playing by these rules because the game is rigged and we must make a path for those that follow and not be satisfied with, "I've got mine." 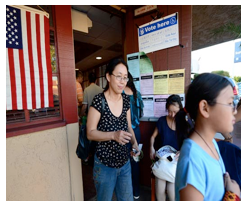 The first step we can take is asserting that Asian-Americans are not a monolith. Southeast Asians face very different economic and social barriers.

With these changing demographics, what does it mean to be Asian and how can we ensure our communities' needs are being met?

Seeing Asian-Americans as part of a larger social justice movement breaks down some of these stereotypes and hidden barriers. Suey Park, who created the widely successful #NotYourAsianSidekick hashtag has been effective at identifying with feminism and creating space where feminists of color can share the wider struggle for women's equality.

That's just one example but not the only one that counts. What matters is Americans of color may not face the same barriers, but we all face barriers.

My parents are first-generation immigrants from Korea who continually told me America is the place where you can do anything, as long as you work hard, no, twice as hard as the white default for success.

It's time to say "no" to backhanded compliments about hard work and being a template for other people of color, and aim for a more realistic version of what it means to be American: A place not only at the table but at the head of it because, it's true -- we are not your Asian sidekick and we will keep the ladder in place for those that follow.

(J. Mijin Cha is an Associate Director at PolicyLink and a participant of The OpEd Project Global Policy Solutions Greenhouse. This perspective was posted first at huffingtonpost.com)  Photo: Tammy Duckworth, Asian-American female vet in congress.)