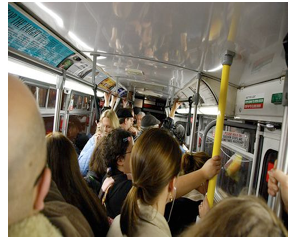 ALPERN AT LARGE-On vacation with my family again (this time in the Midwest), we were awestruck by the Memphis Civil Rights Museum, which is a stunning, gripping and moving learning center.  Merged into the Lorraine Motel where Dr. Martin Luther King was assassinated, the Museum documents how our nation could not truly be free unless all human beings are free ... and the freedom and liberty of all Americans faces new challenges in this new century.

The debate over what is best for African Americans--by and for ALL Americans--is one filled with a dozen different talking points and opinions that is by far a more difficult debate to resolve than before ... but the debate MUST be pursued with the understanding that no one person or group has all the answers.

What can be hopefully agreed--by and for ALL Americans--is that without economic opportunities for all, our nation cannot truly be free.  Whether it's for education, or transportation, or any other high priority in our society, the "separate but equal" paradigm is a failed endeavor that is, at its essence, borne of racism and the desire to be away from "those people".

I've not been shy about my own efforts to build the Expo Line--much of it is borne not just because the I-10 freeway is a nightmare, but patients I saw in Culver City were (be they black, brown, white, Asian, rich or poor) all miserable about their lack of mobility.  I was also disgusted about the racial balkanization of the City of Los Angeles --whether it stems from white, black or brown sources--that is as disgusting as any in our nation or the world.

We are ONE nation, no matter what the far left, the far right, Wall Street or Washington will do to divide us. It should therefore be easy for individuals of all colors and economic backgrounds to achieve an affordable education or access affordable mobility and economic opportunity in our cities, states and nation.

So, just as Governor Brown is correct is demanding more education funds go to underserved educational districts (right now, it's not), the call to demand this funding be spent well (right now, it's also not) is just as correct.  Do we have school choice?  Do young people of all colors have access to quality, integrated programs that emphasized an excellence which was color-blind--like I had when I was bussed to a magnet high school (LB Poly) in Downtown Long Beach?

Similarly, do individuals of all colors and socioeconomic backgrounds have access to our growing transit systems here in the City and County of Los Angeles?  Or will the rich--particularly those living in the "white" areas of town, and regardless of their racial background, strive to drive their cars in order to avoid being on mass transit and away from "those people"?

At this time, fiscal and racial separatism exists from all ethnic backgrounds, so let's just presume that everyone (perhaps with the prominent exception of most Asian Americans) is guilty and needs a healthy dose of self-introspection.  Those of us who saw it in our fight for the Expo Line saw it from both black and white community leaders who were more regressive than anything we had prepared for.

But just as black Americans--who needed to move forward from the back of the bus in the last century, and who now must move beyond the bus (like, for example a modern, clean and speedy train)--white and other Americans of all socioeconomic backgrounds who seek freedom and choices beyond their automobiles deserve that freedom and choice.

The first light rail car of 78 new light rail vehicles just arrived at the Port of Long Beach, and is being shipped by Kinkisharyo to be transported to its facility in Palmdale for final assembly and testing as per the Buy America laws ... but will it remain clean and well-maintained by those who operate it (Metro) and those who ride it (us)?  Will it be respected as a common and special and shared investment, or be allowed to fall into disrepair and filthiness?

Will the sheriff's department patrol the trains more frequently, and with a police presence that allows single women and children of all ethnicities the ability to safely and comfortably use these trains on a daily basis?  Will there be benches with other amenities at our train and bus shelters, along with LED displays announcing the arrival of the next transit vehicle, that make these shelters first-rate?

And as Mayor Garcetti fights for improved traffic and ways to enhance LA's commercial thoroughfares with his Great Streets Initiative, will he remember to include better access to parking as well as to bicyclists, bus riders and pedestrians?

For that matter, will Mayor Garcetti and the rest of the Metro Board finally end the silly practice of "free parking" and find a better method of funding more parking for its Metro Rail and key bus centers while providing an incentive to encourage more to access Metro without their cars (like a $5/day parking fee)?

The transit riders of all ethnicities want a better Metro system, and a better chance at quality mobility throughout our City and County, and the rest of the County wants IN to our Metro system.  The Foothill Gold Line Authority and the Mayor are working together to extend Metro Rail to the eastern end of the county, and a study has been started to connect the San Fernando and San Gabriel Valleys with a new Orange/Gold Line rail connection.

The "Century Crunch" near LAX has gone very well, and LA commuters have shown repeatedly that they will do what it takes to both fund and put up with the challenges of constructing a 21st Century transportation system.

But "good enough" should never be "good enough".  For those using their cars, and for those using transit, the "separate but equal" doctrine won't work anymore for bus/rail systems than it did for education.  Enhancing access for motorists who want IN to our Metro system is as good a way as any to force our Metro system to be one that any and all of us would use, and that a wealthy person would use, and that a tourist would use.

We are all ONE nation--the education, mobility and economic opportunities are deserved by all of us--and are being funded by all of us.  Whether it be roads, sidewalks, schools, reservoirs, bikeways, electrical grids, freeways or rail projects, the ability and impetus to bring us all together so that we can achieve the most from our lives is among the greatest of American endeavors.

So long as we recognize that--as with education--mobility and economic opportunity are civil rights for all Americans, and to be fought for by all of us in the 21st Century, we can do this.

(Ken Alpern is a Westside Village Zone Director and Board member of the Mar Vista Community Council (MVCC), previously co-chaired its Planning and Outreach Committees, and currently is Co-Chair of its MVCC Transportation/Infrastructure Committee.  He is co-chair of the CD11 Transportation Advisory Committee and chairs the nonprofit Transit Coalition, and can be reached at Alpern@MarVista.org .   He also does regular commentary on the Mark Isler Radio Show on AM 870, and co-chairs the grassroots Friends of the Green Line at www.fogl.us.  The views expressed in this article are solely those of Mr. Alpern.