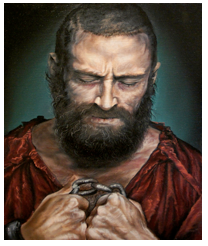 JUST SAYIN’-America has 5% of the world’s population but 20% of the prisoners (1 in 20 Americans).  What’s wrong with this picture?!

These statistics don’t reflect the national perception that by Constitutional mandate we are forbidden to inflict cruel and unusual punishment.  Far too many of our prisoners are incarcerated for victimless crimes, like drug possession, or other low-level crimes neither of which justify long-term imprisonment and hard time in penitentiaries that frequently look more like jails in third-world countries.

California’s 3-strikes law has backfired by incarcerating many perpetrators for 25 years or more for stealing beer or cigarettes or, infamously, for pizza.  In fact, California prisons have been mandated by Federal courts (upheld by the U. S. Supreme Court) to reduce overcrowding because it is a situation which, in itself, produces an exploding level of violence and deteriorating health conditions.

As of January 1st of this year, SB 260 is addressing part of this issue by reconsidering sentences for juveniles who had been tried as adults while under the age of 18 (excluding such heinous crimes as murder and rape).  Shortening their time in prison will, of course, reduce some of the overcrowding numbers.

California as a whole is being required to reduce our state’s prison populations by 138% of design capacity—still too many housed in the prison system.  The effort to shift many of the incarcerated to County jails is only perpetuating and worsening the effects of overcrowding in those new locations (consider our Twin Towers downtown) rather than solving the overall problem.

There are hundreds of prisons nationwide but this column is concentrating on one in Central California, the Salinas Valley State Prison to which many of our convicted Angelinos are sent.  [The SVSP should not be confused with the Soledad State Prison which is a separate entity in a nearby location.]   It houses both minimum and maximum security inmates as well as a department for the mentally ill, people who do not function well in the general prison population.

Ironically, the City of Soledad has been rated among the safest cities in the U. S.—a place known for its sense of community and volunteerism and yet it accommodates two of our worst prisons.

I have been working with inmates there and at other locations, but when I watched a recent interview with Kaj Larsen, I felt compelled to address some of these issues head-on.   Kaj, of Vice News, is currently CEO and Co-Founder at Mandate Productions and got his feet wet through his connections with CNN and Current TV.  He is presently putting together a 5-part video series on the conditions at SVSP.

Salinas averages 700 assaults per year—that’s about 2 every day.  It houses some of the worst inmates in the State.  Shootings and stabbings using a broad variety of home-made shivs are just too frequent occurrences.

Mr. Larsen’s work confirms what I have gleaned from my own prison contacts.  The system is virtually controlled by self-segregated, race-based gangs.  Prisoners are on frequent lock-down (extremely restricted activities) in reaction to criminal activities in the cells, the work places, cafeterias, and on the yard.

Speaking of the yards, they are vaster in size than pictured in movies and on television.  It is no wonder that horrific incidents transpire there because of the enormous space that must be guarded by a limited number of staff!  Often, timely intervention is just not possible.

There is an organized political hierarchy within each gang which plays a large part in the constant struggle among the competing factions.   Many guards, who have given up or are in fear for their lives, are well aware of these circumstances but often turn away or, in some cases, become tacitly involved).

In California, the Mexican Mafia, in the main, controls the prisons to such an extreme that if a prisoner even mentions its name without permission, he can be placed on the “official” hit list for extortion, torture, or death.  [There are competing Latino gangs and the Black population tends to intermingle with the Latino gangs for its own safety.]  When a “newbie” arrives, he must show his admitting paperwork to the Mafia “staffers” who check for details surrounding his imprisonment.  If it is determined that he is an NG (no good), his life is in immediate danger.

Much like neighborhood gangs, to assure their own safety and a sense of family, inmates must join a gang and agree to do whatever is asked, such as beating, raping, or even killing another inmate who is on that list.  Because of drug trafficking and gambling, inmates are “required” to pay taxes and if they don’t pay in money or service, their tax is paid in blood.

We tend to forget or overlook the root causes that lead to lives of crime.  In fact, we generally don’t seem to realize that what transpires even at the school level often promotes criminal involvement.  As a teacher myself for so many years, I witnessed the harshness of treatment and insensitivity toward many students whose dysfunctional homes were leading them to look elsewhere in an attempt to fill in the emptiness in their lives.

School police and certain administrative policies (through indifference or a lack of understanding and compassion for their young charges) have been found to put children on the fast-track to prison.  Instead of helping young people to identify the origins and trigger points for their hostilities and learn how to re-direct their anger and frustration, school staffers often make decisions that push the youngster even further into making poor decisions.  Thus, student recalcitrance, if unchecked, can lead to choices which eventually land these young folk in the same jails where their “mentors” are there to welcome and harden them.

We can no longer repeat ad infinitum the “crime and punishment” cycle.  We must admit to the shortcomings in our policies and positions and put into place new programs which can produce better results.

I interviewed a young man whose relatives have been caught up in the life:  one is serving multiple life sentences for murders he did not commit.  Other friends and relatives have been killed in prison or have succumbed to a drug addiction.  He is the “lucky” one who learned from an early age what involvement in the life can lead to and made the decision to follow a different path.

Consequently, he supports the kinds of prevention and rehabilitation programs that are (perhaps for the first time) under serious consideration.  For too many years prisons have largely been places for the sole purpose of housing inmates and keeping them subdued.  It has become obvious that these short-term goals of crime and punishment have been long-term failures and thus new methodologies need to be considered and employed.

With this kind of thinking in mind, the present SVSP Warden, R. T. C. Grounds (former UCLA Offensive Linebacker), has over the last two years brought back strong rehabilitation programs to the prison.  Under his guidance and oversight, the prison “offers educational, religious, and self-help programming. . . to help alleviate adverse behavior and reduce recidivism.”

We must find a way to turn around the many hard-core prisoners who refuse to take part in the kinds of rehabilitation programs which can reduce recidivism.  As it is, once these people fulfill their prison-time requirement, they are released to the streets where they can start or re-start their criminal cycle all over again.

Warden Grounds can be seen walking the grounds, meeting and interacting with inmates, hearing their complaints, listening intently, and responding positively to their many (generally quite reasonable) concerns.  He knows that a demonstration of strength on the part of the guards is essential, but he also has come to realize that when prisoners are treated as human beings, they will respond accordingly.  They will react with more support, enthusiasm, and constructive thinking toward reasonable rules and regulations and will, consequently, participate in educational and therapeutic opportunities which can ultimately bring them closer to an earlier parole date.

My follow-up article will go into more detail about both in-prison and post-prison programs whose aim is to reduce further crime and to re-integrate former prisoners into useful occupations in their communities.  The piece will concentrate on the concept of restorative justice.

The not-in-my-backyard (NIMBY) mentality has proven overall to be counter-productive.  Just like any of us, the formerly incarcerated for the most part want to take responsibility for their own lives and have a stake in their respective neighborhoods.  We cannot, must not impede their struggle to repair their lives with the twin goals of re-integrating harmoniously (perhaps for the first time) into society (just think of the travails of Jean Valjean-photo above) while, simultaneously, becoming valuable assets to where they live and work.