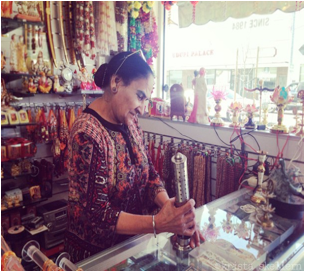 HOW WE GOT HERE-Indo-Asians (or East Indians) have been part of American history since the very beginning.  Their impact on our nation and its culture, let alone the influence they have had on the Los Angeles community, in particular, cannot be understated. Henceforth, I shall refer to this group of Americans as Indian Americans … without a hyphen.

This article is the newest addition to the ongoing CityWatch series, “Who Are the Real Angelinos?”  In it we shall see that the Indian American population is far more than the stereotype we see in “The Simpsons” or view from the comedic movie actors found in the Harold and Kumar series or reinforced through our perceptions of the local 7-Eleven owners.

Indian Americans, in fact, are a distinguished group with a myriad of accomplishments—people that have, over the years, affected what we eat, how we dance, the music we play, what we wear; they have provided an impetus behind our education and become many of the co-workers who stimulate our creativity; they have moved next door to become the congenial, endearing neighbors who fondly often make us laugh.

In all my studies, I never came across any information that stated that among Jamestown’s first settlers was an “East Indian”—way back in 1635!  Later, many Indians from Madras (remember the popular clothing style a few decades ago) arrived in 1790, but the first major wave of Indian immigrants arrived from the Punjab region, many of whom were Sikh farmers and laborers.  The lure of farm and lumber mill employment brought growing numbers to the West Coast, settling in Washington State, Oregon, and California.  Many Indian immigrants worked in some facet of the railroad industry, particularly for the Western Pacific Railway—on bridges and tunnels and on rail construction itself.

For decades, these ethnic immigrants were victims of discrimination of every sort—to which the legal system often turned a blind eye.  There were periods of violence with intermittent laws precluding further immigration of Indians to this country and a prohibition to citizenship, as well, for those who were already here.

It was ultimately left to President Lyndon Johnson to sign a law to eliminate immigration quotas, after which America, in general, and California, in particular, witnessed substantial movement of Indian Americans to California, spearheaded by the technology boom of the 1960s and ‘70s.

Indian Americans have since gravitated to places like Los Angeles where more employment opportunities exist that match their skills.  They prefer being part of vibrant urban communities that offer ethnic diversity.

Many Indian Americans have settled in the City of Artesia--another of Los Angeles County’s Gateway Cities.  A visitor will find an “enclave of eateries, markets, and stores” along Pioneer Boulevard—a district known as Little India where shops abound offering wedding ensembles for the bride and groom and their entourages (along with jewelry suitable for the occasion), and other colorful accoutrements.  These boutique owners have found that there are a growing number of couples who are marrying across ethnic lines and want their weddings to reflect that—often using the Indian motif.

Increasingly, many “Americans” are eager to use Indian themes for their own parties.  Many women are attracted to the comfortable, loosely fitting sari, and both men and women are often seen wearing the pajama-like outfits (the churidar) that are cool, comfortable, and attractive as well.

Indian Americans take great pride in their culture and enjoy celebrating the important traditions which originate in India.  On the other hand, they also feel strongly about assimilating into the ways of their new land.  Most Indian Americans wear Western-style clothing except for Sikh men (with some exception) who do not cut their hair but do wear the traditional turban.

Indian cuisine is a preferred staple in the home but more and more of the rest of us are beginning to acquire a taste for tangy, delicious Indian foods.  Indian Americans have opened many of their own restaurants throughout our region, touting the best of what Indian food has to offer.  Foods spiced with cumin, turmeric, ginger and garlic are all in demand as are the dishes made with lentils and rice.  Hindus do not eat beef and Muslims do not consume pork so the meal offerings are diverse and satisfy everyone’s tastes.  Christian Indians have no food restrictions and are thus open to most Indian offerings. 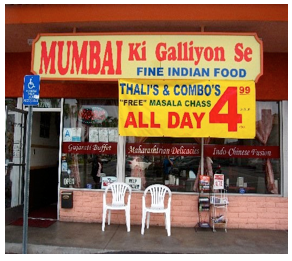 Tandoori cafés abound which offer clay-baked chicken and fish, marinated in yogurt and a variety of spices.  Chutney, pickled vegetables, and fruits make great side dishes.  The preparation process is long but well worth it.

Indian restaurants are generally decorated in traditional colors, cloths, and art-work and are permeated with the sounds of the sitar, tabla, harmonium, flute, brass doumbek, and other instruments typical of Indian musicality.

Perhaps most importantly, the meal for the Indian family is most often at home and is a time to get together to share the day’s activities, to tell stories, and to make jokes.  Members take the time to learn more about each other during these times.  Thus, mealtime produces close-knit family relationships and is preferred over eating out in a noisy, impersonal atmosphere.

In addition to their foods, we have also become enamored of Indian movies and dances (think of Slumdog Millionaire).  The traditional Indo-Asian dance represents mythological tales, “emulating ancient temple carvings of men and women with their body, hand, and eye movements”—simultaneously tantalizing and mesmerizing.  Some movements reflect farmers at work with their sickles.  Remarkably, much of Indian contemporary music and dance have become a fusion of hip-hop, rap, and reggae.  Thus, it is clear just how much various cultures can impact each other—opening our eyes to the pleasures that can be gleaned from being part of these new musical trends.

Ismael Merchant (along with his partner, James Ivory), have produced such outstanding movies as Mississippi Masala; A Room with a View, and The Remains of the Day.  There is a plethora of outstanding writers, including the Newbery Prize Winning children’s author, Dhan Gopal Mukerji¸ who wrote The Chief of the Herd.

One of my favorite writer/director/actors is M. Night Shyamalan.  He has produced such thought-provoking films as The Sixth Sense; The Village; and Lady in the Water.  These pieces have moved all of us in many ways, inspiring us to be very reflective.

Quite a number of Indian Americans grace our movie and television screens.  Think of Kal Penn, who not only plays in the Kumar movies but served President Obama for a few years as his Associate Director of the Office of Public Engagement.  There are also stand-up comedians such as Zakir Khan and other actor/comics, such as Aasif Mandvi, Dani Pudi, Dinesh Patel, and Aziz Ansari.  Dev Patel has acted in movies as well as television (The Newsroom).  These are certainly among our favorite entertainers.

The Indian American population has produced outstanding leaders in virtually every profession and occupation along with creation of businesses in every community.  For example, medical doctor and spiritualist, Deepak Chopra, is well-known throughout the world, let alone here in LA.  We cannot overlook other prominent physicians such as Dr. Sanjay Gupta who was asked by President Obama to be the Surgeon General during his Administration.  Gupta declined, in part because he felt he could do more good in his role as a medical correspondent.

Speaking of journalists, Fareed Zakaria is a prominent CNN commentator with his own show eponymously called Fareed Zacharia GPS.

Education within the Indian American community is highly valued.  UCLA can boast of outstanding Indian instructors, such as Professor Gyanam Mahajan who teaches Hindu-Urdu language classes that have become very popular.  Vijay K. Dhir, a former professor in mechanical and aerospace engineering there, is currently one of its deans.

Apropos of outer space, another role model is Kalpana Chawla, an astronaut in America’s space program.  She gave her life for science and research when she died aboard the ill-fated space shuttle, Columbia, when it crashed over Texas.

Dalip Saunda became the first Indian American Congressmember in 1957 (representing a California district) after he had led a long and determined fight for equal treatment for all Indian Americans in “the land of the free.” 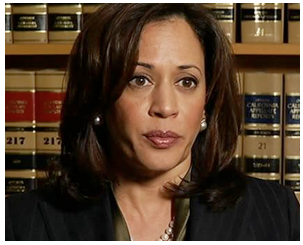 Much later, Kamala Devi Harris became the first woman District Attorney serving the City of San Francisco and went on to be California’s first woman Attorney General.  Her roots originate from a Jamaican American father and an Indo-Asian mother.  She has been a staunch fighter for women’s rights, same-sex marriage, and environmental issues.

The former conductor of the Los Angeles Philharmonic, Zubin Mehta of Zoroastrian (Parsi) descent, opened many doors for subsequent conductors, musicians, choreographers, playwrights, and so forth.  He is a leading musician in his own right and has headed orchestras in Israel and New York where he won a number of awards for his outstanding abilities.

What about Norah Jones?  Did you know her birth name is Geetali Norah Jones Shankar?  Yes, she is the daughter of the virtuoso Indian sitar player Ravi (her mother is Sue Jones).  What an impression she has made with her unique musical stylings!

Indian Americans in Los Angeles continue to influence our lives at every level:  small and large businesses (think of Amar Bose of the Bose Corporation), government, dress and jewelry design, cuisine, film and television, and so much more.

Though not all of these Indian Americans live in or about Los Angeles, they have definitely affected our lives here in any number of ways.  They have eagerly sought to assimilate while at the same time maintaining their ethnic identities.  Similarly, we need to reach out to them--enthusiastically welcoming into our lives the various aspects of their culture, traditions, and heritage. Then we all benefit!

(Rosemary Jenkins is a Democratic activist and chair of the Northeast Valley Green Alliance. Jenkins has written Leticia in Her Wedding Dress and Other Poems, A Quick-and-Easy Reference to Correct Grammar and Composition and Vignettes for Understanding Literary and Related Concepts.  She also writes for CityWatch. This piece is part of an ongoing CityWatch series … Who Are The Real Angelinos … exploring the myriad peoples and cultures that define Los Angeles.)