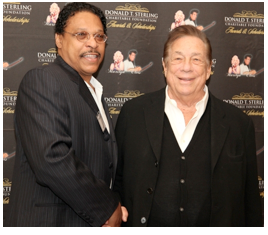 CORRUPTION WATCH-So the NAACP sells Lifetime Achievement Awards to racists and all of a sudden everyone is surprised. Are you surprised?  My only surprise is that everyone is surprised. The NAACP sellout has been going on much longer than just the Donald Sterling affair. For the last 30 years I have watched the NAACP deteriorate to little more than a shell of what it once was.

The NAACP has done very little in the last 3 decades to provide improvement in the black community and their voice has little respect within that community. While they give out many awards to movie stars and great singers, these award shows are nothing more than a profit generating personal gratification tool to mask the complete and utter failure of this organization.

This once proud civil rights organization has abdicated its leadership by refusing to assist in the acquisition and protection of the civil rights of its constituent community. This failure is national, and I can personally attest, has been going on since, at least, the early 1980s.

The mainstream news media and the Democratic Party continue to pretend that the NAACP is the voice of black America.  The truth is that black America has no voice any more.  Black America must depend upon the media conglomerates, which are being deceived by that imitation civil rights organization. While the current organization may have the same name as the 1960s civil rights organization it certainly does not have the same support from the black community that it once commanded. The city of Los Angeles is a leader in the denial of free speech for minorities. What did Leon Jenkins and the NAACP have to say about that?  Nothing!

This failure is mirrored in the complete collapse of minority communities all over the United States. The NAACP is little more than a political arm of the Democratic Party at this point in time. The Democratic Party is not providing requisite assistance to black America that has slowed the continually declining economic progress that was evident during the 60s and 70s.

I've experienced first-hand how the NAACP simply ignored civil rights violations going on within the city of Los Angeles for more than two decades. They even refused to acknowledge a United States Supreme Court decision was handed down in 1986 that affected the entire South Central Los Angeles community. My case, Preferred Communications vs the City of Los Angeles, was a major civil rights case that is still cited in numerous decisions until this very day. At no time in the past 30 years has the NAACP ever taken a position regarding this case. I believe that silence, when it comes to civil rights, is consent.

In my book Anatomy of a Hustle: Cable Comes to South Central LA I dedicate an entire chapter titled "The Myth of Black Leadership". I explain that the complete failure of civil rights organizations including the NAACP have led to the economic and moral decline within black communities throughout the nation.

It takes leadership to provide the guidance to young men and women who are aspiring to participate in our society.  The NAACP is a complete and total failure over the last 3 decades.

This is not surprising that they praise racists for their kind contributions. They are not alone because the politicians cover this inadequacy, but I don't have the same expectations of politicians that I do of a vaunted civil rights organizations.  The LA NAACP chose a “civil rights leader” who sold out to a racist.

(Clinton Galloway ) is the author of fascinating book “Anatomy of a Hustle: Cable Comes to South Central LA”. This is the third installment in an ongoing CityWatch  series on power, influence and corruption in government. He is also a CityWatch contributor and can be  reached here. Mr. Galloway’s views are his own.)