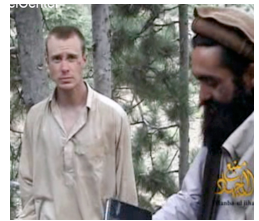 CERDAFIED-Captured June 30, 2009, Bowe Begdahl, has been a prisoner of war of the Afghanistan war ever since. One look at his picture and you see the poster boy of the American soldier with his good looks rivaling Brad Pitt. Under capture, he no doubt suffered greatly. How could our nation expect anything less when photographs of American soldiers capturing prisoners of war, was part of the regular stream of news. The Prisoners of war were forced to wear bags over their heads, some sent to Guantanamo Bay where torture tactics were known around the world.

Bergdahl was their only source to vent their vengeance and rage. He was the very symbol of every wrong brought to their nation by both Russia and America. One could only guess how long his captors made demands for an exchange that fell on deaf ears.

We certainly had prisoners of war to exchange. In fact, they were being tortured, routinely, for information of national importance. In 2006, according to new evidence, 3 prisoners of war,  Yasser Talal al-Zahrani, Salah Ahmed al-Salami and Mani Shaman al-Utaybi was tortured to death at Guantanamo Bay. It was covered up as a suicide pact amongst the 3 prisoners and is under investigation by the Senate Select Committee.

America has come to realize how little value the American government places on their veterans of war. Here at home, our vets are stacked, packed, and hacked. (Read the rest here.)