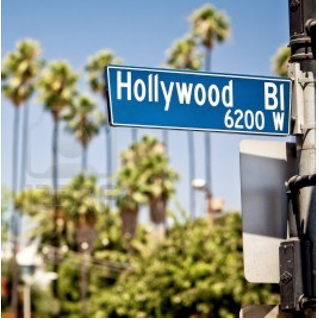 NEIGHBORHOODS LA-Sunday, March 30 was the biggest Election Day several Hollywood NC’s had seen in a very, very long time. Though nowhere was the turnout of this election felt greater than the district of Central Hollywood NC where a large number of the community came out and used its right to vote in several areas, but nowhere was the turnout felt greater than in the CHNC district.

What was a victory for some was an upset for others and in CHNC’s election: What was a hands-down win for the newly elected was a deafening blow for those vying for a return to their coveted board seat.

Seventeen Candidates, including five incumbents, ran for the five available open seats on the CHNC board and after counting the 225 ballots at the polling place and adding the 167 Vote by Mail Ballots the final five can now be congratulated: Marcy Olaechea, Irma Garate, Milagros Lizarraga, Emilio Vega and Juan Carlos Jimenez.

392 total ballots meant a 2.5 times increase from the 2012 election, which for the CHNC was a record at that time.

It appears that having a Latino majority on the CHNC was not something that some of the NC members and / or stakeholders wanted to live with and voila, not one but two (2) Election Challenges were filed.

Both of the challenges focused on the eligibility of the candidates, which could only be challenged three days after the final list of candidates was made public by the Department of Neighborhood Empowerment (DONE), which most certainly would have been prior to the election. Needless to say that challenging the eligibility of any candidate after an election is not a valid challenge.

The second challenge, which was filed by “312 Stakeholders” who supposedly signed this challenge / petition, seemed a bit more sinister at first glance and when taking a closer look was downright discriminating against the final elected officials.

The challengers claimed that “The five candidates elected on Sunday March 30, 2014 represent the same stakeholder group as documented in their Candidate Filing Forms (Exhibit 1) and constitute a majority of the 9-seat CHNC Governing Board.”

This in itself is ironic, since the CHNC only holds nine (9) seats of the “At Large” category, which is the defined “Stakeholder group” for the CHNC.

As DONE stated in its point-by-point response under 1: “The standard you rely on applies to the board structure, not the candidates running for seats or the Candidates who are seated.”

The election results canvas, the challenges as well as the responses can be found here:

Surprisingly nobody challenged the “re-seating” of candidate Susan Sempers, who did not have to run in the 2014 election, since she was appointed / elected to the board in 2013 in order to complete the term of a vacated seat until 2016. That’s right: She would be up for election in 2016, but decided to run in 2014, without ever vacating her seat.

Confused? Well, you are not alone.

At its March 31 board meeting the then President Scott Campbell provided the information of Ms. Sempers’ remaining seated on the board while announcing the names of the four (4) board members who did not have to run in the 2014 election since their term does not expire until 2016. Those Board Members are: Denise DeCarlo, Laurie Goldman, Grant Linscott and Susan Sempers.

The board even provided the public with meeting minutes from the February 24, 2014 CHNC board meeting, which under Item 6. II stated that “Laurie Goldman discussed Susan Sempers’ candidacy, reported on a consultation with City Attorney Darren Martinez regarding Board seat appointment, and stated that Ms. Sempers could run as a candidate in the 2014 election for a 4-year term or withdraw as a candidate for the 2014 election and complete her term due to expire in 2016.  Should Ms. Sempers be elected to a 4-year term, a new appointment will be made to fill the remainder of Ms. Sempers’s voluntarily-vacated term as a CHNC board member.”

Nowhere does it state that if she fails in her reelection bid, she can be re-seated to complete her term until 2016.

In fact, in Ms. Sempers candidate statement, which she submitted with her candidate paperwork to the City (DONE and Election Clerk) she Declared Under Penalty of Perjury that she was “... elected to fill a vacant Board of Directors seat until March 2014.”

Isn’t submitting false documents / statements, etc under “penalty of perjury” a crime? - Did DONE or the Clerk not know that Ms. Sempers was on the board until 2016, even though EmpowerLA.org has her listed until 2016? Why did DONE or the Clerk not “correct” the false statement in the submitted paperwork and instead published it in the election page? Will there be consequences for Ms. Sempers? And if so, who will enforce the law? The City Attorney or DONE?

There are so many questions, and we tried to clear up the confusion by contacting DONE, but so far have not been able to receive a return phone call or clarification via e-mail.

The bottom line is that the newly elected majority does not do the bidding of the Hollywood Chamber of Commerce, Millennium Partners and other mega real estate moguls. The five individuals elected are just that: Individuals.

They all have their own opinions and goals, but the one goal they all share is the reaching out to the CHNC community in order to solicit the input of the people, which is then to be used by the people to be implemented for the people.

(This story was first published on HNN-TV.  Ziggy Kruse is an activist and reporter for www.HNN-TV.com.  She can be reached at [email protected].   Ms. Kruse views are her own and do not reflect opinions of either the staff or management of CityWatch.)