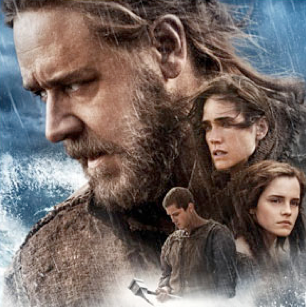 PROGRESSIVE VOICE-As with many sectors of America’s economy, the entertainment industry is notorious for its long history of blatant racial discrimination. A half century ago, the wholesale exclusion of actors of color from the big and small screen alike was the norm.

Not only was there a dearth of storylines involving people of color but when the story specifically called for a non-white character, Hollywood regularly cast the part with white actors sometimes using heavy makeup to render the depiction more believable – think Burt Lancaster as an Apache or Katherine Hepburn as Japanese.

Then there were times when the character’s racial identity was simply whitewashed, foregoing any efforts to disguise the actor’s race – think Elizabeth Taylor as Cleopatra.

So pervasive were Hollywood’s historical racial exclusionary hiring practices that they became normalized continuing almost unabated to current times – think Kerry Washington, the star of ABC’s hit “Scandal”, who is the first female black lead on a network television program in almost 40 years. And Lucy Liu, the go-to Asian American actress for both the large and small screen. Seeing an Asian American on screen is so rare that it was recently remarked that viewers were hard-pressed to even spot an Asian face in the audience at the most recent Golden Globe awards show, let alone an Asian name among the nominees. Latinos don’t fare much better. And the indigenous people of our land hardly ever make it into the racial discrimination discussion.

We’ve seen the harm caused by racial discrimination and segregation in housing, education, healthcare, and employment and we’ve enacted laws to mitigate those harms. Most can look back on the history of the United States and clearly see the wrongdoings. But is our ability to discern and address racial discrimination and its harm limited to hindsight? Aren’t we just as capable of spotting it and taking action when it’s right under our noses? I wonder.

Case in point – the recent blockbuster, “Noah,” a film that’s received pretty good reviews from several mainstream publications, including The Wall Street Journal and Variety, but notably was intentionally cast without any actors of color. Noting that the film shows a lot of diversity in the animal kingdom but no racial diversity in the cast, Christine A. Scheller asked Noah’s co-screenwriter Aron Handle about the decision to use only white actors.

In an interview carried by The High Calling, Handel responded that when casting Noah, race was considered. But, he went on to say, “…this story is functioning at the level of myth, and as a mythical story, the race of the individuals doesn’t matter. They’re supposed to be stand-ins for all people. Either you end up with a Bennetton ad or the crew of the Starship Enterprise. You either try to put everything in there, which just calls attention to it, or you just say, “Let’s make that not a factor, because we’re trying to deal with everyman.”

If Handel had simply responded that it is mythical to say that the race of the individuals doesn’t matter, I would have been fine. To some, Handel’s answer on its face might be viewed as an inelegant but benign response to a question he may not have been prepared to answer. But for those of us who have been on the receiving end of racial discrimination, his words speak volumes.

Three glaring issues immediately jumped off my computer screen while I was reading Handel’s interview. These issues compelled me to write. First was his statement that, the “race of the individuals doesn’t matter”; second, the idea that white actors can be a “stand-in” for all people; and, third, the notion that by excluding actors-of-color race is then rendered “not a factor”.

Perhaps without realizing it, Handel articulated a set of beliefs that separates many whites from people of color and serves as a wedge that sustains the racial divide often without the awareness of those who espouse these beliefs. The notions that race doesn’t matter, that white people can serve as the universal “people,” and that absent people of color race is a non-issue stems from the practice of racializing. Handel’s remarks were anything but benign to many people of color, especially those looking for jobs in Hollywood. But beyond that, Hollywood mirrors the greater society and also helps to shape it.

Thirty years ago I doubt I would have known the word racialize. So allow me to go back a bit and explain, especially to those who are unfamiliar with the term or its meanings.

As much as we try to gloss over this, racial segregation remains a constant in the United States. The truth is that most Americans live among people whose racial background is much like their own. As an African American woman whose formative years were spent within a black family immersed in a black community, I had little to no connections within the “white community”. Except for what I saw on television or read in books, the lives of white people were separate from mine. However, that changed after reaching adulthood, launching a career at NASA’s Jet Propulsion Laboratory, getting married, going to law school, becoming politically and socially engaged in civic life and progressive activism – most of which was done within the white community. And with the change, I began to see subtle and some not-so-subtle differences in the ways that the members of the community of my youth interacted with each other and the ways in which the people of my adult life I interacted with each other.

One difference, spotted early on, may shed light and bring meaning to the word racialize. Within the black community, it was common to freely discuss race – and a lot of other things, too, but there was an ease around discussions of race that seemed to be absent in the white world I inhabited after reaching adulthood. One might assume that my being African American could have had a chilling affect on my white friends’ freedom to talk about race in my presence. I don’t dismiss this as a factor. But there was more to it.

First, to be clear, I’m not talking about full-blown racial discourse or racial debates. I’m simply talking about discomfort around specifically using the word white. For example, I noticed that my white friends rarely used the word “white” when describing themselves or any other white person. In their attempts to describe someone who happened to be white, they’d mention gender, hair color, eye color, height, profession or occupation, level of education, socio-economic status, manner of dress, age – any and everything except the person’s race. But this was only true when they were describing a white person. In fact, when they did this, it was understood that the absence of race in their description usually meant that the person they were describing was almost certainly white.

On the other hand, these same people, when describing a non-white person, would consistently list race first – often not mentioning any other characteristic. So it was common that when describing a non-white person, race was the only description they’d use – as in, “do you know the black guy who …” . If there was ever any hesitation in saying the word “black” it was usually because there was a fear of using the wrong word. I’ve had many a white friend or acquaintance ask me which they should use – African American or black.

Coming from the black community, this business of attributing race to people of color but avoiding the use of racial labels when describing oneself was new to me. It struck me as odd but after initially taking notice of it, I began to see it all of the time. I found it to be the norm within the white communities that I had become a part of. At the time I did not have a word for “it”. The word racialize had yet to be introduced into my vocabulary. But these observations informed me that the white people in my world were clearly able to see the multidimensional nature of white people but didn’t seem to be able to include race as one of those dimensions and at the same time were challenged at being able to see the multidimensional nature of people of color who they frequently reduced to nothing more than race.

Taken to its logical conclusion – “racing” people of color while avoiding race when discussing whites – leads to the conflation of race with people of color. Following this same train of thought, dealing with issues of race somehow becomes the exclusive domain of people of color and finally, problems associated with race like racism and discrimination shift from being societal ills for the greater society to solve to problems for the people who are of race to solve.

Noted anti-racist Tim Wise discusses this type of racialization in a piece he authored addressing opposition to racial diversification in literature curricula. Here is a snippet from Tim Wise:

… a push for diversifying the literature curricula in schools was met with howls of protest, even from liberal whites, who insisted the addition of “too many” authors of color would crowd out “the classics.” That the classics were only “classic” because white scholars had deemed them so-and not due to some objective scientific standard by which great literature can be judged-escaped notice. That many of these classics were once considered junk fiction (like the works of Mark Twain for example) also went unremarked upon during the uproar.

White critics of the plan complained that black and brown authors’ stories wouldn’t be “universal” enough in the themes they discussed, signifying the way in which Eurocentric thinking supplants rational thought. Such an argument assumes that white folks’ perspectives are sufficiently broad to stand in as the generic “human” experience, while persons of color have experiences which are only theirs, and from which whites can learn nothing. This is, truth be told, the essence of white supremacist thinking.”

Sharon Kyle 2013I don’t know Aron Handel and have no reason to believe that he has any racial animus. But his remarks reveal a deep lack of understanding of what modern-day racism looks like. His way of thinking sheds light on why there is a huge disparity in unemployment rates for whites vs people of color.

Whether we are talking the days when Elizabeth Taylor played the role of Cleopatra or today when Russell Crowe “stands-in” to represent every man, the outcome is the same – disproportionately high rates of unemployment for people of color in Hollywood and, by extension, everywhere in America.

(Sharon Kyle is the publisher of the important progressive voice, LA Progressive … where this column originated.)