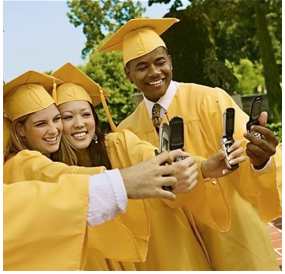 ALPERN AT LARGE-I wish I could be one of those who tune out others when it's my "me time", but even during my vacation to Death Valley and Yosemite I couldn't ignore the plight of the hotel worker who, along with his wife, are debating retirement in their early 60's.  And as a father of two I certainly have a strong empathy towards the kind of future Millennials will have.

One way for Millennials--who, after the rather self-absorbed and predatory tactics of the Baby Boomer Generation, have been left to fend for themselves--to survive will be to trust only that person they see in their mirror.  A free download of an excellent book by Michael Price is one good tool to use.

Sorry to trash-talk the Baby Boomers, but whether they're the former Yuppies who have deftly pulled the corporate ladder to wealth and success up behind them, or they're the folks who worshipped the idea of retiring by age 50, they are as a generation anything BUT the Greatest Generation that preceded them.

Of course, those who take the time to learn history, the Constitution, economics and the spins from both sides of the political spectrum already realize most of this, including that there are plenty of Baby Boomers who worked at least part-time their whole lives to achieve the physical, fiscal and mental health needed to live a happy, independent lifestyle.

Whether it's Fox News or the Huffington Post, the need to read and listen with a grain of salt has never been greater than ever.  Both the Koch Brothers and George Soros, and both Big Wall Street and Big Unions, and both Big Corporations and Big Hollywood, all have displayed naked ambition, naiveté and bias while promoting agendas that may not help the average American.

Count me in as one of those who intend to get subscriptions for both the new L.A. Register, which will lean right of center, and the LA Times, which has leaned too long to the left to detriment of average, ordinary and middle-class Southern Californians who just want to know what's going on.

Fortunately, Millennials have their own tendency to be better-educated than most--although WHO educated them is as critical as "being educated".  Also fortunately, Millennials tend to be more independent politically than most...and they should be open to the idea that they've been tooled in their youth by those who they thought were on their side.

There are those who are wealthy and come from the right (and some who declare themselves "Christian" in their outlook) that have been rather predatory upon young folks who want to get their own chance at success, and there are also those who are just as predatory but are more slick and "altruistic" in their presentation yet are just as self-focused.

Indicative of the problems Millennials (and the rest of us) have in learning and taking on our challenges is the way that both Big Oil and Big Solar aren't always on our side--they both are happy to use lobbying/tax breaks to help a few become rich at the expense of the majority--but only the eeeeeevil right is given top-billing as ne'er-do-wells.

I've no love for Big Oil, but there's no shortage among those in my Mar Vista Community Council who've declared themselves environmentally-friendly yet are aghast at how the efforts to encourage solar energy in Los Angeles will benefit a few while making the rest of us pay big time for their economic wealth.

That said, solar panels should be cheap and everywhere in our sun-drenched state.  It should be "easy-peasy" for any middle-class homeowner or landowner to throw solar panels on their roof and benefit from cheaper energy rates (which right now are too doggone high).

I've no love for the auto industry, but I've seen a slew of very creepy developers take advantage of the rail, bus, bicycle and alternative transportation industries (and they ARE industries, for which I do not begrudge them but yet must recognize that they are competing for their own wealth).  Developers who all too often use political largesse to hurt the environment.

That said, I look forward to both public and private endeavors that build more infrastructure (and that includes parking, dammit!) to allow more independence from the automobile and encourage the mobility needed for our collective Economy, Environment and Quality of Life.

I've no love for the Koch Brothers or Karl Rove, but if the California Democratic Party has to use them as their scapegoats while they're overseeing a rather moribund California economy (please get past the spin, folks!), then perhaps we can focus on the lousy results that the Kochs and Rove have had in their Californian electoral efforts and ALSO focus on who is in charge (and to blame) in our City, County and state.

Ditto for those "Obamaheads" who screamed about 40 million uninsured, and are now crowing about 8 million signed up for the Affordable Care Act (which is anything BUT affordable).  Millennials (who probably thought they'd get basic care for $50-100/month) rightfully should feel betrayed by an arrangement that predominantly has helped a few folks in their 40's and 50's.

We didn't need the ACA to expand Medicaid in return for demanding folks have jobs, and to demand education and fiscally-smart behavior.  Right now, both liberal and conservative economists have acknowledged the ACA has hurt employment, and discouraged the classic employer-funded/sponsored health care that is still the happiest way to live.

The ugly truth is THIS for Millennials (and, probably, for the rest of us):  for a couple, particularly with kids, four income sources will be needed.  Each of the couple will need their basic job for guaranteed income and, with luck and prayer, benefits as well as their own side jobs that involve some degree of entrepreneurship.

Those who long for the good old days of one income taking care of everything will be left behind, and while arguably they're right at some level they are also not reasonable and/or realistic...and they will inevitably scream and marginalize those of us who fight to work 60-80 hours a week while learning and networking to move ahead.

Frankly, I prefer the easier lifestyle of fewer hours at work, and greater time for our families and our personal lives.  I love my family and friends very much...but I can't let myself or anyone I know fall behind without at least a shout-out for the tough, soul-searching times ahead.

This is particularly true of the Millennials--who I think are being given a raw deal.  I really care for them, and hope that they will succeed.

Hence the reason why I hope they are well-aware of the multiple obstacles they face that can and will prevent them from succeeding, unless they confront and overcome those forces that threaten them with financial, political and even psychological defeat unless they put up the necessary tough and soul-searching fight that is the hallmark of this part of the 21st century family.

(Ken Alpern is a Westside Village Zone Director and Boardmember of the Mar Vista Community Council (MVCC), previously co-chaired its Planning and Outreach Committees, and currently is Co-Chair of its MVCC Transportation/Infrastructure Committee.  He is co-chair of the CD11 Transportation Advisory Committee and chairs the nonprofit Transit Coalition, and can be reached at  Alpern@MarVista.org  He also does regular commentary on the Mark Isler Radio Show on AM 870, co-chairs the grassroots Friends of the Green Line at www.fogl.us .  The views expressed in this article are solely those of Mr. Alpern.)