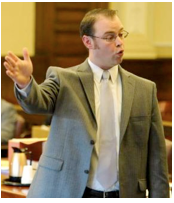 CALIFORNIA JUSTICE-The well-established Los Angeles attorney clearly meant to counter my argument that we need a civil litigation "clients bill of rights," but he was inadvertently proving my key point: most of us have no idea about the "dark side" of civil justice.

Ethics rules vary state by state, but this type of questionable transaction is often considered inappropriate, with lawyers often directed to receive fees only if they perform significant work on the case.

"How do you know that call was not significant?" was his indignant response. He has a point: it was six-figures significant for him.

Attorney fairness may not be the stuff of water cooler banter, but it nonetheless illustrates the perils an average person faces navigating our modern civil litigation jungle. Lawyers infuse the process with wiggle words like "significant" and "timely" and "reasonable" that all have one thing in common: disputing these terms costs them little, but costs the client a fortune.

And it is not just car crashes or slip-and-fall cases or class action cases. During a recent asbestos conference, the federal "Garlock bankruptcy" case brought concerns that clients may have been induced to commit perjury by their own attorneys (see previous post).

Meanwhile, family courts in Los Angeles are so bad they inspired a "movement" championed by documentary filmmaker Joseph Sorge, complete with movie, book and website.

In the film, high-profile attorney Gloria Allread warns "... you get as much justice as you can afford." She also notes that most people can't afford ANY justice. Something needs to change, and we have seen a "bill of rights" improve rules of the road in other issues.

For example, in recent weeks we welcomed new rules from the Consumer Financial Protection Bureau prohibiting abuses in the mortgage and other services markets. Last year, major banks agreed to a multibillion-dollar settlement over such foreclosure improprieties as the use of fabricated documents and forged signatures to evict homeowners.

It's clear that we need a similar movement to protect clients in civil litigation. The work to accomplish this goal in in process, and some states have made significant progress.

For example, the state bar of Wisconsin is among those with a formal "bill of rights" and it very nearly addresses some key points, including how fees are set, that agreements must be in writing and clients have the right to file complaints if they feel wronged.

Seem a bit obvious? Well, the stories we hear fall well short of even these basics. We hear about personal injury cases being "bundled" with other cases to increase settlements, often without client knowledge. We hear that some attorneys distribute settlement money based on which client arrangements benefit them most. We hear about lawyers creating companies, like document courier services, that they use to drive up the "expenses" they can deduct from client payments.

Hopefully, if true, these are rare events. A solid bill of rights might help keep them that way.

Personally, I believe a client's bill of rights should remain entirely voluntary, offering legal consumers the ability to choose somebody who embraces that ethic. It might work like an "organic" label -- you don't have to buy organic, but it's a powerful choice that you can.

We call upon you to join us and offer comments -- because it's time to shine some light on that dark side.