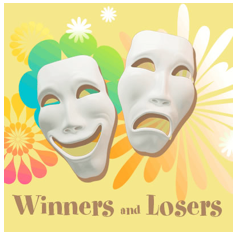 NEIGHBORHOODS LA-Last week I talked about seeing Democracy in action and how heart warming it was.  This week I have seen the other side of Democracy … where the opposition does a better job of campaigning and regardless of how qualified the candidates are, and how much they have done for their community, they still lose. I know how President Obama felt in 2010. The entire slate of candidates- of which I was one- all lost! I suppose it could be worse if they had all won except for me.

Among the many comments about my journalistic endeavors for CityWatch are the ones from people who tell me that I write about things that others don’t touch. Being part of the Neighborhood Council system process I have shared many of the same experiences as some of you. We’ve gone through the gamut of pulling off a really successful event or project for our community as well as some that were less than successful.

What it boils down to is we are a microcosm of this wonderful City we live in. The one thing we don’t talk about much is the human side. I’ve discussed how many hours NC volunteers spend working for their respective communities and for the city. In time and dollar expense it is incalculable. Do you ever wonder why we do it?

I thought about this quite a bit during my stint as the Tarzana Neighborhood Council 2014 election chair. I’m going to share with you a portion of the copy I wrote for the last “get out the vote” flyer. Members of my election committee thought I was being too harsh, so only a selected few read my “Masochist Syndrome theory”. This is my chance to share it. It’s worth noting that Tarzana had forty-six candidates and over 600 voters - a more than 100% increase over 2012.

There seems to be little enthusiasm for elections these days.  So why are we pushing so hard to have you vote in the Tarzana Neighborhood Council (TNC) Elections this Sunday 1:00 to 5:00 March 16 at the Tarzana Community & Cultural Center?

You would think we were a bunch of masochists!

1.We get no compensation!

3. We depend on our fellow volunteers to get the nitty gritty work done instead of paid staff

4.We are subject to the whims and changing rules of City officials!

5.We are subject to verbal abuse from fellow Board members and stakeholders who have different ideas or no ideas!

So…what’s in it for the forty-six candidates asking for your vote this Sunday?

I am sure that most volunteers in both charities and organizations have wondered if they suffered from the “Masochist Syndrome”. It describes the feeling one gets when devoting hours to a project and receives nothing but complaints from Board Members or stakeholders whose major activity is complaining.   Yet we keep coming back and as corny and trite as it sounds we want to make a difference.

I am so proud of what my retiring Board and Committee members have been able to do.  We have seen Tarzana go from just a suburb between Encino and Woodland Hills to one of the leading vibrant communities in the West Valley.   I have stayed away from bragging about some of the TNC accomplishments in the last two years so I hope you will indulge me now.

The group I am going to introduce you to is not atypical.  There are people just like them all over the City performing services for their communities.

TNC has had the really exhaustive efforts of our outgoing President the “classy” Kathy Delle Donne. She has led a small group of enthusiastic TNC stalwarts who in the last two years have really made a difference. Kathy was one of the founders of TNC and headed the Land Use Committee for almost ten years.  Tarzana enjoyed a balance between the “no growth “and the “build it all” groups.  Along with being President she is also President of the Tarzana Improvement Association.  She was recently, one of 21 out of 150 applicants chosen for the Zoning Advisory Committee for Re:code LA. Public service is a passion with her and she has inspired so many others to be involved (including me...but that is a story for another day).

Elliott Durant, Board member and outgoing Public Safety Chairman, almost single-handedly convinced Parks and Recreation to spend $450,000 dollars in refurbishing the decrepit playgrounds at the Tarzana Recreation Center.  It had been more than 20 years since anything had been done.  It is beautiful and the stakeholders in Tarzana are so grateful.

Warren Holden, outgoing Outreach Chair is a formidable force for change.  His concern for the safety of the people in Los Angeles is well known.  From initiating accelerated CERT classes to organizing the West Valley Neighborhood Councils into a Public Safety Coalition, which has now attracted other NC’s. Thanks to Warren’s presentation Los Angeles Emergency Management Department selected TNC to be the model for the Shakeout 2015 Community Emergency Plan/Shakeout Exercise.

Mark Weiner, outgoing Transportation/Mobility Chairman and his team have started the conversation on getting bathrooms installed at the Metro Stations with other NC's and the County Board of Supervisors; fixed over 500 potholes in Tarzana using both the Mayor’s Pothole Blitz and the money that Councilman Dennis Zine gave TNC for street services; the installation of bike racks for Ventura Blvd; re-surface and lane striping of various streets in Tarzana as well as other projects.

Deanna Scott, outgoing Board member decided TNC needed an Animal Welfare Committee and she gathered together a group of like minded stakeholders who have made it their mission to collect feral cats for sterilization as well as walking the dogs at the West Valley shelter. She is currently working with other NC’s in setting up Animal Welfare programs.

So publicly I want to commend the outgoing Board and Committee members of the TNC.  They are –admittedly in my somewhat biased opinion-what gives me hope that the LA City Neighborhood Council will continue to gain strength and influence and become an even more important partner in the governing of our City.  I know you haven’t heard the last of them.

One CityWatch reader chastised me for writing about positive accomplishments.  He said that it is the journalist’s job to be critical of the establishment.  I don’t see it that way.  I would like to continue to spotlight good people doing good things for their Neighborhoods.  Let me know what your NC is doing so we can all learn how to do things better.

As always I welcome your comments.

(Denyse Selesnick is a Tarzana Neighborhood Council Board Member, 2014 Election Chair and Vice Chair, Outreach Committee … for five more days.  She is a contributor to CityWatch and covers activities, policies and foibles in NC Land.  She can be reached at denyseselesnick@yahoo.com)