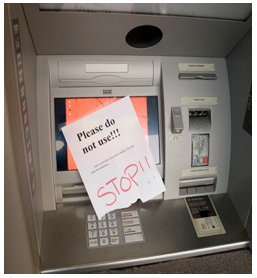 LA WATCHDOG-Our Back to Basics Mayor is considering placing a $7 billion tax increase on the November ballot to fund the repair of our streets and sidewalks, but only “if there’s a chance of it passing.”

But capturing the approval of two-thirds of the voters is highly unlikely since Angelenos do not trust the occupants of City Hall, and with good reason.

Next year, the City is projecting a $250 million deficit despite record revenues.  Over the next four years, the cumulative deficit is expected to be north of $700 million.  Yet to date, despite numerous budget town hall meetings where Performance Budgeting and Priority Outcomes have been discussed, we have not been privy to any definitive solutions.

Our streets, sidewalks, and the rest of our infrastructure are an embarrassment, so much so that visitors from New York City and Chicago leave believing their cities have excellent roads.   The service levels at our City departments such as Planning, Building and Safety, and Public Works would be a joke if the results were not so devastating to our quality of life and our struggling economy.

The deterioration of our infrastructure and the erosion of service levels is the direct result of Mayor Villaraigosa and the Garcetti led City Council shortchanging our infrastructure and basic City services to fund massive increases in salaries, benefits, and pensions that outstripped the growth in revenues by over $600 million.

In addition to the budget fiasco, the City has been ripping off the Ratepayers of our Department of Water and Power for over $1 billion a year through the 10% City Utility Tax ($340 million), the $250 million Transfer Fee, the IBEW Labor Premium, the dumping of surplus employees and their unfunded pension liabilities on DWP, and the cost of all the City Council’s pet projects.

While a major Garcetti goal is to reform DWP, its labor practices, and its operations, there has been no substantive discussion of proposed rate increases other than to expect “double digit increases in the coming years.”  However, sources indicate that DWP will “need” a 25%, $1 billion increase in our water and power rates over the next four years, a rate significantly higher than inflation.

However, there are serious concerns that the City may force DWP and its Ratepayers to fund some very expensive programs that are the responsibility of the City.  These would include, among others, initiatives related to the LA River and the multibillion dollar Stormwater Master Plan.

At the same time that we are being treated like mushrooms, the City just approved a $57 million giveaway to the $64 billion Westfield Group whose $336 million investment in The Village at Westfield Topanga in Woodland Hills is expected to double in value over the next five years according to a knowledgeable Westfield affiliate.

The City Council also approved a variance for an over height variance for a $50 million monster mansion on Bellagio Road being developed by two campaign funding real estate developers despite the opposition of the residents and the West LA Area Planning Commission.

While Mayor Garcetti and the Council Members may spin a good yarn about why we need to approve the $7 billion tax increase to fix our streets and sidewalks, we should not confuse talk for action.

Nor should we trust our politicians who will say anything to make us part with our hard earned money.

Just remember the rhetoric of Chief Charlie Beck, Budget and Finance Chair Paul Krekorian, and City Council President Herb Wesson when they were promoting Proposition A, the permanent half cent increase in our sales tax. For some strange reason, they failed to disclose that increased revenues and anticipated pension savings were about double the proposed tax increase, eliminating the need to downsize the Police Department.

If the Mayor and the City Council place the $7 billion tax increase on the ballot, what do we get in return other than a lot of hot air?  After all, good streets and sidewalks are a basic right, a core service, and the responsibility of the budget, not a special tax to make up for their fiscal follies of the past decade.

One of Eric’s Back to Basics Priority Outcomes is for the City to “live within its financial means.”

So it is not unreasonable to demand that the City place on the ballot a charter amendment that will require the City to LIVE WITHIN ITS MEANS.  This will require the City to develop and adhere to a Five Year Financial Plan, pass two year balanced budgets based on Generally Accepted Accounting Principles, and over the next fifteen years, to fully fund the City’s two seriously underfunded pension plans and to fix our streets, sidewalks, and the rest of our failing infrastructure.

Eric, if you want the voters to pass the $7 billion Street and Sidewalk Tax, the City must be required to LIVE WITHIN ITS MEANS.