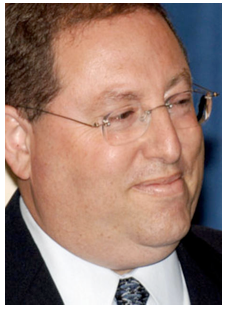 LA WATCHDOG-As the City Council is preparing to place a $7 billion tax increase on the November ballot to finance the repair of our systematically neglected streets and sidewalks, ask yourself, “Do you trust City Hall?”

At the urging of Council Member Paul Koretz, the City Council has asserted jurisdiction pursuant to Charter Section 245 over the West Los Angeles Area Planning Commission unanimous decision to deny a 50 foot height variance requested by two well heeled, Beverly Hills real estate developers for a speculative 42,409 square foot monster mansion on a two acre site on Bellagio Road in Bel Air, one of the priciest neighborhoods in the country.

But the approval of the 50 foot height variance appears to be a done deal.  On Tuesday afternoon, March 4, the Planning and Land Use Management Committee of the City Council (“PLUM”) will review this variance. On Wednesday morning, the full City Council will no doubt vote to approve this variance for the campaign funding real estate developers, Mark and Arman Gabay.

Underlying the railroading of this variance through the City Council is the flow of almost $60,000 of campaign cash from these litigious and favor seeking developers and their families to nine of our elected officials, including seven current members of the City Council.  Recipients obviously include Koretz as well as PLUM Chair Jose Huizar, PLUM Vice Chair Mitch Englander, City Council President Herb Wesson, Budget and Finance Chair Paul Krekorian, and City Attorney Mike Feuer.

Unfortunately for the Gabays, they bet on the wrong horse in the Mayor’s race as they contributed generously to Wendy Greuel’s failed campaign.

Arman Gabay also donated $500,000 to the West Hollywood Library Fund, a pet project of Paul Koretz since the days when he was the Mayor of West Hollywood.

Koretz has also initiated other “245” actions where the City Council asserted jurisdiction to overturn other zoning decisions by Planning Area Commissions.  This includes a variance for 360 North Stone Canyon Road in Bel Air.  This property is adjacent to the Bellagio property, and like the Bellagio property, part of the four acre estate purchased by the developers and subsequently subdivided and graded.

This Koretz initiated variance for 360 North Stone Canyon Road was approved by the City Council last August, reversing the well reasoned, unanimous decision of the WLA Area Planning Commission to deny the requested zoning variance.  However, this hasty action by the City Council is being appealed, exposing the City to costly litigation and other related liabilities.

But rewarding campaign contributors is the name of the game at City Hall and has helped Koretz raise over $900,000 in campaign funds since 2007.

Last summer, for instance, Koretz and Krekorian connived to arrange a 50 year lease at $1 a year for city owned Fire House 83 to a non-profit organization affiliated with very generous donors who contributed $100,000 to the Eric Garcetti’s campaign war chest.  However, this backroom deal for this valuable Encino property on the corner of Balboa and Addison just north of Ventura Boulevard was scuttled once the shenanigans were exposed to public scrutiny by a CityWatch article, Encino Torched by Fire House 83.

Also in the summer of 2013, Koretz and City Attorney Mike Feuer arranged – naturally behind closed doors - for the payment of $950,000 to the lawyers representing Congregation Etz Chaim in a long standing zoning dispute involving the illegal conversion of a Hancock Park residential property to a non residential use, in this case a house of worship.

Needless to say, there are many more examples of our Council Members manipulating the City’s rules and regulations for the benefit of their favor seeking campaign contributors. These concessions and variances are often times detrimental to our neighborhoods.

In the interest of transparency, all applicants for zoning variances and other goodies must be required to disclose all campaign contributions relating City, County, and State elections for the last ten years as well as any litigation involving any government entity within the State.  But the odds of this recommendation making it through the self-serving City Council are slim to none.

So based on these and countless other shenanigans by self serving members of the City Council, whether they involve zoning, our Department of Water and Power, the City’s budget deficit, our underfunded pensions, or our deteriorating streets, the question du jour remains: do you trust City Hall?