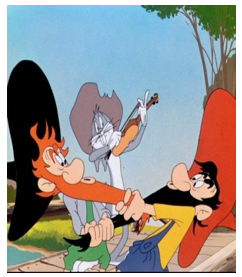 PEOPLE AND POLITICS-The most difficult conversations for most activists happen with family. Particularly with parents or aunts and uncles, and cousins who disagree with a politically progressive perspective. My parents and I stopped talking about world events long before they died. I think that is a fairly normal behavior choice — just stop talking. When I visit with cousins who live in red states or the red parts of blue states, I almost always try to avoid any discussion that could lead to conflict. And I think they do too.

On the other hand, such difficult discussions are sometimes hard to avoid. Late last fall I received a screed forwarded by a cousin who lives in one of those red places on the map about an issue I thought had long gone the way of most such topical conflicts: the President’s birth certificate. I knew this was still a hot issue in some quarters during the President’s reelection, I just had no idea anyone continued to talk about it. But there it was, demanding that four challenges to the authenticity of the president’s citizenship must be answered.

Usually I put these in the delete file. This time, I responded, but carefully.

“Oh,” I wrote, “I think this issue is a distraction from the real questions facing our country.”

She wrote back almost immediately, “And what might those questions be?”

Now I was stuck. I had clearly opened a box loaded with risk. So I had to think about the issues, choose carefully which ones to raise and frame them in a thoughtful manner that would not offend her and might actually elicit a dialogue. So I wrote these:

I thought I had written these questions with enough blandness to elicit a measured response and without making my cousin angry or rigid or unresponsive. I also picked questions out of the many I could have asked that I thought were ones she might have reflected on. I was wrong.

For a long while there was no response. Then a month or so later I received an email that apologized for not responding sooner and said that she was not going to answer – because if she did, I would know how “redneck” (her word) she was and would be the rest of her life.

I sent her a note back. “Oh, my dear cousin,” I wrote, “In my experience as a minister no one has to remain who they are now for the rest of their lives. The human heart has an infinite capacity for change.”

If I could have said it better or more kindly or more generously, I would have. But except for an obligatory Christmas card, I have heard nothing from her since. Which makes me sad. It also underscores the difficulty of discussing controversial issues with kin. Even online.

(Rev. Jim Conn is the founding minister of the Church in Ocean Park and served on the Santa Monica City Council and as that city's mayor. This column was posted first at capitalandmain.com.  Read more articles by Rev. Jim Conn .