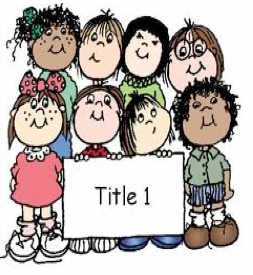 EDUCATION POLITICS-Whatever happened at Tuesday’s (11/12/13) LAUSD school board meeting?  It went on long enough:  8+ hours.  That should have been enough time to catch an understanding.

But no amount of time would clarify the opaque politicking and grandstanding and surrogate conversations and buzzwords that amount to a private language being passed back and forth among some players, leaving the rest of us perplexed.

The entire show is here and the scene about the resolution to restore LAUSD’s Title I funding to its historical 40% school poverty concentration (pc) threshold starts at 2:40:20.  At this time you can view the superintendent conspicuously take out work and ostentatiously refuse to deny it at the expense of listening to actual “clients”, as board member Garcia later refers to them, the parade of Title I parents, children, counselors and a principal aligned in their futile effort to convey the desperation of their plight.

Board president Vladovic could scarcely hurry the diverse speakers to this Resolution along fast enough before justifying (at 3:07) his complete unwillingness to actually hear any of the heartfelt testimony of hardship before him.  He asserted instead his refusal to consider anything but an a priori “philosophical” belief in addressing “the concentration” by “leaving it as it is”.  He asserted that the incipient distribution of state Proposition 30 monies via “Local Control Funding Formula” (LCFF) would take care of “these other issues”, meaning, presumably, the litany of unmitigated hardships recounted in person by dozens.

Other board members seem similarly credulous, relying blithely on a future distribution of LCFF monies to magically clear away the real, verifiable anecdotes of hardship.  And yet none of our board members seem aware that the distribution of LCFF monies will follow the same scaffold of prioritized need that Title I monies dictate.  If schools of 40-49% poverty concentration are disenfranchised by LAUSD from federal “anti-poverty” funds, their “philosophical” belief that “these other issues” do not clear some bar of hardship will remain codified when they distribute LCFF money.

Incredibly, board members Vladovic and then LaMotte, two of our most avowedly “pro-children” officials, entertained tales straight from the ‘mouths of babes’ relating their own personal, extreme hardship following the loss of Title I funds, and yet were unpersuaded to budge from atop their mountain of pre-ordained prejudice that some hardship is less worthy than others.

Ms LaMotte even suggested withholding such funds because “she loved” the supplicants, presumably in some form of tough love.  As if choosing to attend a highly diverse school of middling poverty concentration compelled a child of low income to suffer the unmitigated effects of poverty as expiation.  The appearance of blaming the victim, or punishing a child for “Choosing” to travel away from their neighborhood, is hard to avoid.

None of these arguments is as perplexing as the racial, class and socioeconomic grandstanding of board member Garcia (at 3:08:28 and 3:26:32).  After first worrying that any decision to ameliorate the effects of poverty among the poor of 40-49% pc schools means “we don’t understand poverty” she proceeds to deny the privation just articulated by a ten year old girl (2:46:30) without tutoring and access to school computers housed in labs inaccessible for want of funding for its aides and a twelve year old (3:03:45) forced to work through the night at Kinkos as a result of her inaccessible school library.

There are hundreds – thousands – more such stories from the nearly 20,000 students in jeopardy of losing Title I funds every year.  The voices of 7500+ students have been lost to LAUSD specifically as a result of denying their entitled students Title I status. Poor children need access to the funds that have been so successful at “interrupting poverty” as board member Garcia so compellingly recounts, regardless of the specifics of whether it is 4 or 8 children out of 10 in any given school who live in similar, lamentable poverty.

Both schools are impoverished and the poor who attend them are exactly as poor; these individuals are therefore in precisely comparable need of remediation.  While there may be some school poverty concentration sufficiently low that ambient cultural advantages adequately mitigate the experience of its poor, yesterday’s testimony in front of the board makes it clear that this level is not 40%.

Most mystifying of all is the barrage of racial and poverty verbiage and associated posturing.  I felt through the whole proceeding that I needed a semiotics interpreter.  I felt like the board members were saying something to one another and staking out political claims and turf and recounting paradigmatic arguments that all went over my head.

The fact of the matter seems to be that in 2012/13 LAUSD received $329M in Title I funds from the state, $202M of which were disbursed directly to students of 50%+ pc leaving the remaining $127M inexplicably AWOL.  Despite two years of effort to elucidate the trail of Title I funds through numerous requests from constituents directly and even board member’s staff, the central administration of LAUSD resolutely conceals information that could explain the disposition of the 39% of received Title I funds not aiding students of poverty directly.  Included in this figure are administrative costs, “indirect” costs, carryover and “other programs”.

While budget cuts have squeezed monies available for children ever more tightly dry, the layer skimmed from the top for non-children “administrative” and “indirect” services remains the same constant percentage.  Routinely left completely untouched from one year to the next is “carry over” funds on the order of tens of millions of dollars.

Surely somewhere in these gigantic “pots” of non-child-directed Title I funds there is the $1.4M required to fund all current schools of 40-49% pc.  No one need ask or even discuss “taking money from the poor”, or “giving money to rich kids”, regardless of even the resolution’s author’s, or Garcia’s deceitful posturing to the contrary.  There is plenty of Title I monies to fund a 40% poverty concentration threshold.

Surely, then, this is the answer to Ms Garcia’s bellowing that “there is no new money”.  There can be ways of allocating money that are so profoundly different they count as “new”.  We could choose to fund all needy entitled children quite easily from a mere pittance of the mysteriously metted-out $127M.  But to see that happen we constituents must first be endowed with district staff willing to cooperate in exchanging information with their employer, our elected officials, transparently.

Further, we must be blessed with elected officials willing to forgo the politics of factions, where one constituency is wedged erroneously against another in a contest of false rivalry fueled principally by confusion.  The integrity of education for every one of our children should not be played out in a game of public charades.  Children attending LAUSD schools of 40-49% poverty concentration are imbued with the welfare of their classmates; class warfare has no standing there.