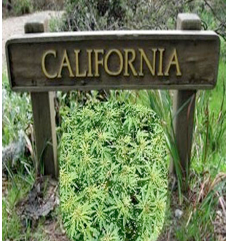 POT POLITICS-Nearly two-thirds (65 percent) of Californians support legalizing, regulating and taxing recreational marijuana in the state, according to a Tulchin Research poll.

The figure, based on responses of 1,200 likely 2016 voters surveyed during the last two weeks, shows a "solid majority" back proposals to legalize adult recreational marijuana, the San Francisco-based pollster said. The poll found 32 percent oppose legalization and 3 percent were undecided.

Lt. Gov. Gavin Newsom (D) and American Civil Liberties Union representatives released the poll results during a news conference Thursday and announced the launch of a two-year research effort focused on proposals to legalize recreational marijuana. Newsom will chair a panel of 16 experts, including professors, medical professionals and policy researchers, who will study legal and policy issues involved in adult recreational marijuana.

"This is about real people," Newsom said to The Huffington Post. "Communities are devastated because of this abject thing called the drug war. Forget the politics. This is the right thing to do.

"But we need to answer the tough questions before we put it on the ballot," Newsom said. "I want the research in order to be more convincing to others."  (Read the rest … including who is not willing to wait until 2016 … here)