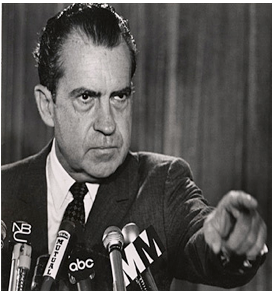 The U.S. Supreme Court last week heard oral arguments in a case that could end up giving America’s wealthy a perpetual green light to contribute as much as they want directly to politicians and political parties.

Credit Shaun McCutcheon, an electrical company CEO from Alabama, for starting the ball on this case rolling. In the 2012 election cycle, McCutcheon contributed heavily to conservative candidates and Republican Party committees. But the experience left the mega millionaire feeling terribly aggrieved.

Federal campaign finance reform legislation enacted four decades ago in the wake of the Watergate scandal limits how much individuals can give directly to candidates and political parties. In 2012, McCutcheon ran up against those limits, then sitting at about $46,000 for candidates and $70,000 for party committees.

McCutcheon had wanted to give candidates and party panels much more than that. Under the law, he couldn’t then — and he can’t now either. The current, inflation-adjusted aggregate limit for the 2014 congressional elections: $123,000.

But wealthy individuals like McCutcheon, thanks to previous court decisions, can spend on their own, independently of candidate and party campaigns, as much as they want to influence a federal election’s impact.

This sort of “independent expenditure” can make a major impact as campaigns play out. Independent expenditures can also complicate campaigns, especially when deep-pockets go “off-message” in the advertising they finance. In most situations, candidates and political parties would much rather have billionaires contribute directly to them and not go off and spend independently.

If the Supreme Court uses the McCutcheon case to erase our last remaining Watergate-era campaign funding limits, these political insiders will get their way. They would be able, for the first time in years, to solicit unlimited contributions from America’s wealthy.

That turn of events, public interest groups are pointing out, would leave political candidates and party officials even more eager to grant wealthy donors “improper influence.”

At last week’s Supreme Court hearing, U.S. solicitor general Donald Verrilli Jr. did his best to explain why. Without limits on direct contributions to candidates and parties, he argued, 500 exceedingly wealthy Americans would be able to bankroll the entire political “shooting match.” We would have, Verrilli charged, government “run of, by, and for those 500 people.”

Fred Wertheimer, America’s elder statesman of campaign finance reform, has a warning of his own. Repealing limits on direct contributions to candidates and parties, he contends, would take us right back to the same political corruption that led to the Watergate scandals.

But Wertheimer may be understating the danger. Repealing limits on direct contributions to candidates and parties would likely create a political environment far more toxic than anything right before Watergate.

But the gap between rich then and rich now becomes even greater when you take taxes into effect. In 1972, taxpayers averaging $1.48 million in today’s dollars paid 40.7 percent of their total incomes in federal income tax. In 2012, note Tax Policy Center estimates, taxpayers in the top 0.1 percent paid federal income taxes at about half that rate.

The bottom line: America’s really rich in 2012 had over six times more after-tax dollars in the pockets, after inflation, than their counterparts in 1972.

Watergate corruption? If the Supreme Court ends all limits on what our contemporary super rich can throw into election campaigns, American politics faces dangers far more troubling than anything Richard Nixon ever imagined.