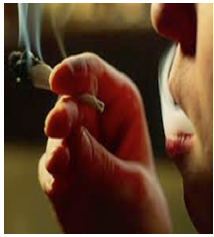 ALPERN AT LARGE-Looks like we're already revisiting the strengths and weaknesses of Measure D, which legalized a specific number of medical marijuana dispensaries in the City of Los Angeles.  I voted for Measure D, and do not regret it, but as the army of some 200 strong residents all stated (most of whom also favored Measure D), there are clearly problems with this measure and with issues surrounding medical marijuana.

And at the risk of alienating the reader, I am an open-minded but scientific-minded physician--so it's not just lil' ol' me talking here--it's Dr. Alpern making a CityWatch house call, to boot.

So when a creepy pot dealer tries to flaunt the content and intent of Measure D by setting up a proposed dispensary (33 King at 3472 S. Centinela Ave.) right next to homes and apartments in Mar Vista...well...that's not just close to home but also a slap in the face to all of us who tried to do the right thing by voting for Measure D.

There's not a day that goes by when I treat challenging and incurable conditions--I am a dermatologist, so most of my patients have chronic eczema, psoriasis, acne or other diseases that alter the quality of a person's life.  In the case of melanoma and photoradiation exposure, the consequences can be disfiguring surgeries or even shortened lives, but it's no secret that diabetes, obesity and cardiovascular conditions that my medical colleagues treat are also incurable.

So throughout the gamut of medicine, the need to address problems we just don't cure (which range from the common cold to asthma to warts) is one we've confronted since the dawn of modern medicine.  "Primum non nocere" (first, do no harm) is one of the founding principles in treating patients, which means that sometimes doing nothing is the right thing to do.

Fixing or "curing" a problem is in our human nature, but Mother Nature often has different ideas.  In other words, we're mortal and imperfect, so we have to deal with and confront that, and not make it worse by any well-meant but poorly-thought interventions.

Furthermore, the Scientific Method means that Science (presuming we respect the principles of Science and the Scientific Method, which began in the end of the Middle Ages, actually had roots in some of the modern Christian philosophy of St. Thomas Aquinas as well as with older Judaic and Asian observations and beliefs) doesn't give a hoot about our personal gut feelings.

Or about a case we saw the other month.  Or about the experiences of our cousin Larry in Toledo, Ohio.

However, our humanity--and modern medicine--does keep our minds open to last-resort treatments when standard, proven treatments aren't cutting it.  Oral medicines to treat nausea and cachexia and a lack of appetite aren't going to always help a patient suffering from cancer (or its treatment), AIDS or other wasting diseases who just can't eat.

Hence the need to keep an open-minded approach to people suffering from difficult-to-treat conditions and who are living miserable lives.  Heck, I'd do a Navajo rain dance around some of my suffering patients, or from those patients suffering from cancer or HIV or a non-existent appetite ad who are wasting away, if I thought it would work.

Yet the need to publish scientific literature to support a given treatment options--including the dosing and indications for such a treatment--is just as important as to advocate for that treatment.

Councilmember Mike Bonin, like myself, proudly voted for Measure D, and led the crowd at a hastily-convened Mar Vista Community Council meeting in his opposition to the dispensary.  He spoke for all of us when he felt offended that our good intentions and open-minded compassion was thrown in our faces.

THE PROBLEM:  Measure D has a loophole that allows for the City to only fight a poorly-located dispensary (as this one is, which directly abuts against residential properties, against the wording of Measure D) AFTER it's opened.

THE FIX:  The City Attorney, Mike Bonin and/or our new Mayor need to write a corrective and even retroactive (go ahead, bring on the lawsuits) new measure to close this loophole and require all dispensaries to be awarded a Conditional Use Permit BEFORE, not AFTER it may open.  And make the landlord of any dispensary equally at risk for fines and/or jail time to avoid any illegitimate desire to join in the profits of such a dispensary.

THE SITUATION WITH THIS CLOWN:  He's got a cadre of lawyers, he's already got a history of construction code violations, and he and his landlord (neither of them had the guts to confront the crowd at Mar Vista the last Tuesday night) are in it only for the money.

THE SITUATION WITH US, THE VOTERS:  We've got to grow up.  The "reefer madness" marijuana of the 1950's ain't got a thing on the new medical-grade marijuana that is so potent that it ranks up there with hallucinogens with respect to side effects and predisposition to addiction.

Medicine and symptom alleviation is good, but the doctors and dispensaries have too many folks who are akin to drug dealers than medical providers.  Prescription pain killers and other prescription medicines are proving to have considerable problems in their overuse, and medical marijuana clearly also has the potential (and even history) to cause more harm than good without proper supervision.

The dispensary owner, his landlord, and his lawyers are all trying to do harm to the rest of us just to make a short-term financial score, and it's clear that they've got no respect for the law, their neighbors, or for the principles of modern medicine--be it Western medicine, alternative medicine, or any other medicine.

There are plenty of law-abiding, sincere do-gooders in the medical marijuana world--but these clowns clearly aren't part of that group.

Let's fix the problem, come up with a new and improved measure to close the Measure D loophole, and let's do better with respect to law enforcement, proper controls, scientific literature and dosing to make medical marijuana less an opportunity to get a legal high and more an opportunity to practice comprehensive and beneficial medicine.

And oh, by the way...these folks really screwed up when they chose Mar Vista and Mike Bonin to antagonize--this community and councilmember have a collective history of being vocal, of being vigilant, and of not giving up on their core beliefs and community.

Take some advice, my drug-dealing wannabes at 3472 S. Centinela Ave.--back off now, and/or find somewhere else to profit off the well-intended Measure D.  You're not going to win here.

(Ken Alpern is a Westside Village Zone Director and Boardmember of the Mar Vista Community Council (MVCC), previously co-chaired its Planning and Outreach Committees, and currently is Co-Chair of its MVCC Transportation/Infrastructure Committee. He is co-chair of the CD11 Transportation Advisory Committee and chairs the nonprofit Transit Coalition, and can be reached at Alpern@MarVista.org This email address is being protected from spambots. You need JavaScript enabled to view it.  . He also co-chairs the grassroots Friends of the Green Line at www.fogl.us . The views expressed in this article are solely those of Mr. Alpern.)