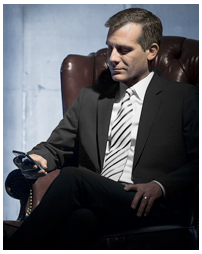 GUEST WORDS-Glancing at the photo of former Los Angeles mayors Jim Hahn and Antonio Villaraigosa uniting hands with Mayor Eric Garcetti on Inauguration Day at City Hall, an abstract metaphor emerges, suggesting a new dialectic movement to shift the way government works, business is done and citizens are engaged in the city of Los Angeles.

Hahn was quiet, shy, lawyerly—more politically conservative than many in his Democratic Party and even his family dynasty. Villaraigosa was Hahn’s counterpoint—gregarious, liberal, an up-from-the-streets union-centric politician with national ambitions.

Garcetti is the fortuitous synthesis moving forward—the Oxford scholar with a master’s degree in International Affairs from Columbia University who “cut his teeth as an activist working on issues of equality and civil rights” in ACT UP/New York and who today is a lieutenant in the Navy Reserve Information Dominance Corps working on naval intelligence. Philosophically and concretely, Garcetti represents a new direction, a gusto for rethinking what is—with a fidelity and deep sense of duty to the nobility of public service.

The whole atmosphere around Garcetti is different. Unlike the steely coldness of Hahn or the stratospheric rock star status of Villaraigosa, Garcetti is imminently approachable. Despite almost 100 days as mayor, his office is unadorned, almost Zen-like, a clean, paperless desk with a laptop as the central focus.

On his bookshelves proudly sits a model of a concrete ‘X’—a model of the design for the 1960s-era American Cement Building across from MacArthur Park—and a book featuring acid rocker Jimmy Hendrix on the cover in open-mouthed ecstasy. The mayor says the bookshelves will be filled with things given him by others as he fixes a reporter a cup of coffee from The Coffee Bean & Tea Leaf, which he proudly announces is headquartered in LA.

This quietly breathtaking Aquarian act of humility is emblematic of this young mayor’s character. Eric Garcetti is profoundly aware that his power derives from the governed—citizens who are his equals and deserve the best the city can offer.

In his first 100 days, Mayor Garcetti has already brought city government to the people in a number of ways, such as his Government 101 classes and, on Sept. 5, walking door to door in Venice with gay Councilmember Mike Bonin and roughly 200 neighbors in the 11th Council District. (Read the rest … including a notation of Garcetti’s biggest achievement to date … here)