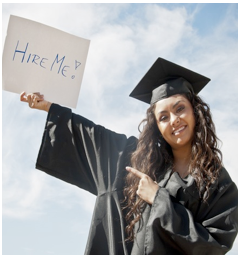 ALPERN AT LARGE - It's early Labor Day morning, and after spending time this holiday weekend with my now-sleeping wife and kids I feel obliged to get up early and throw out the question that burns through my thoughts, hopes and concerns every day:  with all the self-centered and distracting forces (adult-centered forces, mainly) pulling us apart, who speaks for American Youth in our country?

First, the good news:  with all the discussion and distractions about race-on-race violence and politically-focused agendas to divide our nation, there are two true representatives of heroic and idealistic American youth who could teach our political and media-based leaders on what Post-Racial Politics really should be:  Temar Boggs and Chris Garcia, who didn't give a rip about race when they set out on their bikes to rescue an abducted child.

Now, the bad news:  with such an important story out there that should eclipse all the violent and self-promoting instances of misbehaving youth (and adults), it's well-near impossible on our Internet to ignore all the distracting, titillating photo-links to stories on Miley Cyrus, the Kardashian sisters and all the other unimportant figures who've been injected into our collective consciousness...stories that mean precious little to what our youth needs and deserves:

OUR YOUTH NEED AND DESERVE THE OPPORTUNITY TO ACHIEVE AND OBTAIN GOOD, HIGH-QUALITY JOBS WITH BENEFITS THAT PAY WELL AND OFFER FINANCIAL INDEPENDENCE.

Unfortunately, there are forces that prevent such opportunities from being created, and forces that have done a first-rate job of shutting up and shutting down anyone with the temerity to oppose and even question the strategies of our so-called leadership in their own top-down and failed approach to ending an economic downward spiral that has been occurring for decades.

Yet it is not too late, on this Labor Day, and in the days, months and years to come, to focus on our future, and for the American Youth who deserve adult leadership and adult decision-making.

The first hurdle that must be overcome is to recognize that we ARE in a hole, and we must stop digging deeper.

We're in a so-called "economic recovery" that is anything but, because we're confusing the desire and willingness of the American individual to fight for income--any income--with a true recovery that exists only with good, well-paying jobs that enjoy benefits and a career-based future.

I'm sure that Democratic loyalists and pro-Obama zealots will lionize the notions that we're in an economic recovery, and that things are just swell.  The problem with that feel-good canard is that a combination of economic, regulatory and other confining top-down forces from Washington (and state capitals such as Sacramento) are allowing part-time, lousy-paying job creation instead of career-focused job creation.

And not to let the Republicans off the hook--how about the lack of corporate policing that's led to a few grand meltdowns of the stock market and smashed lifetimes of wealth-creation and retirement-planning?  One need not be a Democrat to appreciate what Massachusetts Senator Elizabeth Warren is trying to do with respect to monitoring Wall Street.

The last economic meltdown of 2007-09 occurred by a combination of Democratic and Republican agendas that ignored personal responsibility on both Wall Street and Main Street, and which replaced value-based, earnings- based corporate and personal budgeting with a strategy of phony promises that could never come true, and with an inevitable crash-and-burn when the bills finally had to be paid.

From Reagan to Clinton to Bush to Obama, the easily-attainable economic and political agendas from either the Left or the Right eclipsed what should have been an emphasis on solid job creation--and doing whatever it took, regardless of the screaming from the usual pedestrian and self-serving opposition--to create quality American life-creating and life-motivating careers.

There's a difference between a "job" and a "career", so therefore getting people off unemployment payrolls into lousy jobs without benefits is hardly "progress" or a "recovery".  Those folks living in poverty and working few hours with low pay are miserable, and deserve our thoughts and actions to improve their collective future.

There's also a difference between capitalism and socialism, and while our leaders don't look physically like Lenin, Stalin or Trotsky, the aforementioned top-down governmental forces are repeating history in what socialism does to an economy, no matter what well-meant or smiley-faced proclamations are bandied about by an American government that really, really does NOT prioritize good job formation.

True capitalism need not be anti-labor, and in fact a low-unemployment environment allows mistreated employees to tell any lousy bosses to "take their job and shove it".  Right now, we collectively suffer not only from job environments where desperate employees have nowhere to go, but also where these unhappy employees have insufficient hours to support themselves.

All the while as we fudge and manipulate the Unemployment numbers and Inflation numbers to show how much "progress" we're making, either by Democrats or by Republicans.

We've been doing this for decades--we can waste our time and agonize over whether unemployment is at 7.7% or 7.8%, but what about the UNDEREMPLOYMENT that is arguably up to 25% or more in a hard-working, career-hungry nation that is willing to work 40-60 hours or more to advance their lives, and their families' lives?

Furthermore, when do we stop slapping around employers, both big and small, and emphasize their roles in providing health and other benefits...while lowering their corporate taxes in order to make them competitive with the rest of the world?

Helping and supporting employers create true employment allows the increased governmental revenue that can only come about by more income tax and sales tax revenue resulting from increased job formation.

And as to our "recovery", as "evidenced" by our stock market resurgence?  Not to pour cold water on any investors' happiness, but while those of us who can afford stocks might enjoy the resurgence of our national and global stock markets, it's of note that:

1) Most of us do NOT have stocks, cannot afford stocks, and do not benefit from this resurgence.

2) The stock markets plunge routinely and predictably when the Fed announces it'll stop throwing money into our economy, making Wall Street yet again the uber-benefactor of corporate welfare.

So it's (again) jobs, jobs, jobs...but do we have the guts to ignore the predictable heat from the usual whiners and screamers, and confront that unpleasant thing called Reality?

Do we complain about high school dropout rates, or finally re-invest in programs that allow low-pay but career-focused vocational degrees in high school, and which will lead to a new army of artisans, plumbers, electricians and others able to rebuild our infrastructure and beautify our nation?

Do we complain about our lack of affordability and access to colleges and career training programs, or do we enable motivated, college-bound students to get AA degrees (or nursing or other degrees) from junior colleges by the time these students achieve high school graduation?

Do we complain about the inability of increased costs of college-educated graduates to get degrees, and get used to "the new normal" of young Millennials living with their parents, or do we demand colleges cut their costs, focus on education, and revise college curricula to include career training and job skills?

Do we give in to those who love low-wage employment (many Republican), and to those who care only about expanding their union rolls and political party numbers (many Democrat), or do we focus on ensuring that American-born youths have access to well-paying jobs by taking a proper stand against those who exploit illegal immigration for their own personal benefit?

Do we recognize that fast-food jobs are NO substitute for a manufacturing base when it comes to quality pay, quality benefits and quality careers?

Do we promote an Independent Wage that allows one to succeed off of the public dole instead of some government-mandated "Living Wage" that arbitrarily tells the private sector (to both good and bad corporate citizens alike) what employers should pay their workers?

Do we make fast-food jobs available for high school and twentysomething kids, or do we advance an agenda where grown men and women are expected to feed their families in such a low-paying environment?

Do we all fight together to lower health care costs, or do we have employers and union-led employees dump those ever-increasing costs on the other--while ignoring the fact that lowering those costs are goals that are truly attainable by a society that has the courage to demand individual, corporate and medical cost-saving measures?

Finally, as we continue our march towards a two-tiered society of have's and have-not's, a march not slowed through either Republican and Democratic Administrations alike, will we spare a thought for the young heroes like Temar Boggs and Chris Garcia, and allow them (and all our American Youth) the ability to succeed through hard work and recreate the upward mobility and middle class so vital for American prosperity?

(Ken Alpern is a Westside Village Zone Director and Boardmember of the Mar Vista Community Council (MVCC), previously co-chaired its Planning and Outreach Committees, and currently is Co-Chair of its MVCC Transportation/Infrastructure Committee. He is co-chair of the CD11 Transportation Advisory Committee and chairs the nonprofit Transit Coalition, and can be reached at Alpern@MarVista.org. This email address is being protected from spambots. You need JavaScript enabled to view it He also co-chairs the grassroots Friends of the Green Line at www.fogl.us. The views expressed in this article are solely those of Mr. Alpern.)