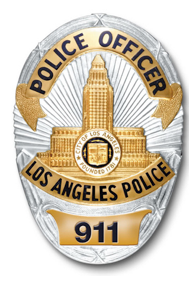 LEANING RIGHT - If you followed the candidacy of Walter Moore for Los Angeles mayor in 2009 then you are aware that part of his platform was to “Protect children: make every neighborhood a safe neighborhood by hiring police and scrapping all failed ‘anti-gang’ programs.”

As a resident of Southern California you may be aware of recent action of the U.S. Supreme Court in refusing to “stop the pending release of thousands of California inmates to solve chronic, severe overcrowding in the state prisons.

The unsigned order is the latest chapter in a long-running federal lawsuit by prisoners and their advocates against what they called dangerous and unacceptable conditions in 30 state correctional institutions.

A judge's order in May required the state to further reduce the prison population by 9,600 inmates by year's end. The state has repeatedly cited public safety in resisting the mandated releases. The state in recent days asked the Supreme Court for an injunction to delay implementation of the order.

These are not good people who will be hitting the streets. They are felons who have raped, stole, used guns and knives in committing crimes against members of the community, broken into private and public property, traded in drugs, and done everything else that is bad that you can imagine.

What alternative do these felons have when they hit the streets other than to return to the same crimes? To prepare for this and also make our streets safer the Los Angeles Police Department should immediately increase its force from 10,000 (the smallest big-city police force in the nation) to 30,000 officers.

Washington, DC has one officer per 153 residents. Of course, DC needs every officer it can get. Honolulu has one officer per 183 residents. This is also due to its high crime rate. Once one ventures off Waikiki or the North Shore they face one of the highest crime rates in the nation. After all, criminals will gravitate to Honolulu a lot faster than they will be attracted to Anchorage.

I once asked Walter Moore how the new Los Angeles cops would be funded. I am sure he had thought it through but his answer was a non-committal “no problem.” I think he was going to streamline a lot of other city expenditures.

I would recommend across the board cut-backs in every department except police, fire, medical, and the department that monitors child welfare. The continuing need for monitoring child welfare is necessary because the family has abdicated this responsibility for the most part. Just goes to show the results when the family falls apart (we can thank President Lyndon Johnson’s Great Society and the proliferation of welfare for that).

One place I would start is to look at all city “staff” employees. If my job description was staffer I would not feel very secure in its necessity or in its contribution to the economy. The next place I would start is cut-backs in overhead such as department cars, expense accounts, training (and other dancing classes), and benefits (start with the DWP).

It is ironic that something as short sighted and threatening to society as the release of 10,000 felons could promote accomplishing something that should have been done long ago. That something is the increase of the LAPD force from 10,000 to 30,000 officers.

Once the number of LAPD officers is increased to where it should be, 30,000 officers, the citizens and the cops will look the released felons in the eye with a greater tone of authority, thank them for the increase in numbers of officers, and give a no-nonsense “welcome back” greeting.

He can be reached at kaymartin@hotmail.com)