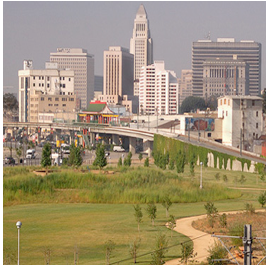 LA WATCHDOG - As a prelude to placing a parcel tax on the ballot to increase the depleted funding for our Department of Recreation and Parks, Herb Wesson, Paul Krekorian, and Tom LaBonge have introduced a motion that instructs the Department to draft a “five year restoration plan to increase the ongoing operations and maintenance budget (excluding construction and rehabilitation) to a minimum of $250 million a year by Fiscal Year 2018-18.”

This represents an increase of at least $56 million a year, a 30% increase over the current budget of $194 million.

While this may sound like apple pie and motherhood, it is just another City Hall stunt designed to cover up the systematic hijacking of funds from this Charter-funded department.

This year, City Hall will extract over $47 million from Recreation and Parks, consisting of a $15 million “chargeback” relating to Water and Power, $3.4 million for Refuse Collection Services, and $29.1 million for General Fund Cost Reimbursement.  This represents about one-third of the Charter mandated appropriation of $145 million.

And over the last four years, City Hall has swiped $173 million from the Department’s budget through its “full cost recovery” program.

This annual raid has forced the Department to reduce its staff by 21%, including a 51% reduction in its programming positions.

However, during this same four year period, the average fully loaded compensation package (salaries, benefits, and pension contributions) for Department employees has increased 20% to almost $100,000.

But City Hall is not finished plundering Recreation and Parks.  Our Elected Elite are after another $21 million to eliminate the remaining support that the City’s General Fund provides to Recreation and Parks for pensions, benefits, utilities, refuse collection, and other services.

What is particularly galling is that the City’s sanctimonious policy of “full cost recovery” applies to only Recreation and Parks and the Library, both of which are charter funded departments.

No wonder so many Angelenos are furious about the raping of our Department of Recreation and Parks.

The easiest way for the City Council to address the issue of funding of our Department of Recreation and Parks is to place on the ballot a measure that would increase the Charter-mandated appropriation over a five year period by about 50%, from 0.0325% of the assessed value of property ($440 billion) in the City to 0.05%.  This is very similar to Measure L in March of 2011 when 63% of the voters approved a 71%, five year increase in the Library Department’s charter mandated appropriation.

This measure would increase the Department’s funding by $15 million a year for the next five years, an amount that would be financed by a small portion of the projected increase in General Fund revenues.

This additional funding would permit Recreation and Parks to restore its programs and maintain its 420 parks and 15,000 acres of parkland, and, at the same time, protect this core service from the whims of the City Council.

As a result, the City Council would not have to place a controversial parcel tax on the ballot, a measure that would NOT be approved by the required two-thirds of the voters given the lack of trust and confidence in the Herb Wesson led City Council.

Furthermore, the proposal to increase the charter mandated appropriation would eliminate the controversial proposal conjured up by Tom LaBonge to levy rights of way fees on our Department of Water and Power for its transmission lines over Recreation and Park’s parkland.  This would be an offset to the $15 million that has been allocated to Recreation and Parks by City Hall.

Needless to say, this would be in addition to the $250 million Transfer Tax/Fee that the City extracts out of DWP and its Ratepayers every year.

Of course, LaBonge is no stranger to hitting up DWP and its Ratepayers as they have financed his very costly pet projects in Griffith Park and Silver Lake, both of which are in his Council District.

However, a thorough examination of the Department of Recreation and Parks’ strategic goals, its five year plan, its operations and finances is long overdue.

For example, there are serious questions as to whether we are getting the bang for our buck as many have questioned the efficiency of its maintenance operations, its construction projects, and its multitude of programs.  In this regard, it may be worthwhile to have the study reviewed, analyzed, and critiqued by an independent third party given our lack of trust in City Hall.

Any report must also address alternative ways that services may be delivered, such as establishing partnerships with Neighborhood Councils, Homeowner Associations, the LA Parks Foundation, or other civic organizations.  It may also involve the establishment of independent oversight committees and foundations for Griffith and Elysian Parks or contracting with more efficient private contractors as was recommended by a former consultant.